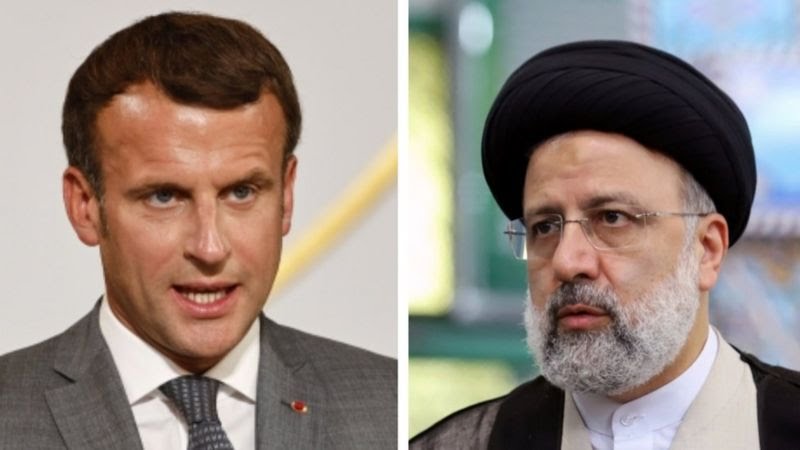 Iran’s President Ebrahim Raisi and his French counterpart Emmanuel Macron discussed a wide range of issues, from Lebanon problems to the revival of the 2015 nuclear deal (JCPOA), in a phone conversation on Monday.

During the one-hour phone call, Raisi said the new Iranian government welcomes the development of relations with France based on mutual interests and mutual respect.

He stressed the development of relations between the two countries, especially in the economic and trade fields, and said, “The rights of the Iranian people must be ensured in any negotiations.”

Raisi referred to the US’ repeated and gross violations and the failure of the three European parties to the Joint Comprehensive Plan of Action (JCPOA) to comply with their obligations under the international agreement, and said, “By imposing new sanctions, the Americans have clearly violated their obligations and even extended the new sanctions to the humanitarian aspects.”

He said both the United States and the Europeans must fulfil their obligations under the nuclear deal.

“In any negotiation, the rights of the Iranian people must be upheld and the interests of our nation must be ensured.”

“The Islamic Republic is very serious about providing security and maintaining deterrence in the Persian Gulf region and the Sea of Oman, and will confront the factors that deprive security,” he added.

President Raisi also pointed to the crisis in Lebanon, and said, “We support any action that is aimed at stability, security and improving the economic situation of the Lebanese people, and we welcome France’s support in this regard.”

Macron, in turn, congratulated Raisi on his inauguration and wished him success, saying, “Iran and France can play a role in establishing peace and stability in the region through their cooperation.”

Referring to the US unilateral withdrawal from the JCPOA and the suspension of the implementation of the international agreement, Macron said, “We are looking for a solution to this issue and we hope that negotiations will start again.”

Macron further pointed to maritime security, and said, “First of all, we must create a framework of stability and make sure that there will be stability in various issues, including the state of the seas.”

President Macron noted that France has always tried to provide a solution for stability in Lebanon, and expressed hope that with Iran’s cooperation, the ground would be laid for stability and solving the country’s problems.

At the end of the conversation, the French President called for the continuation of talks between Tehran and Paris with the aim of deepening bilateral relations.