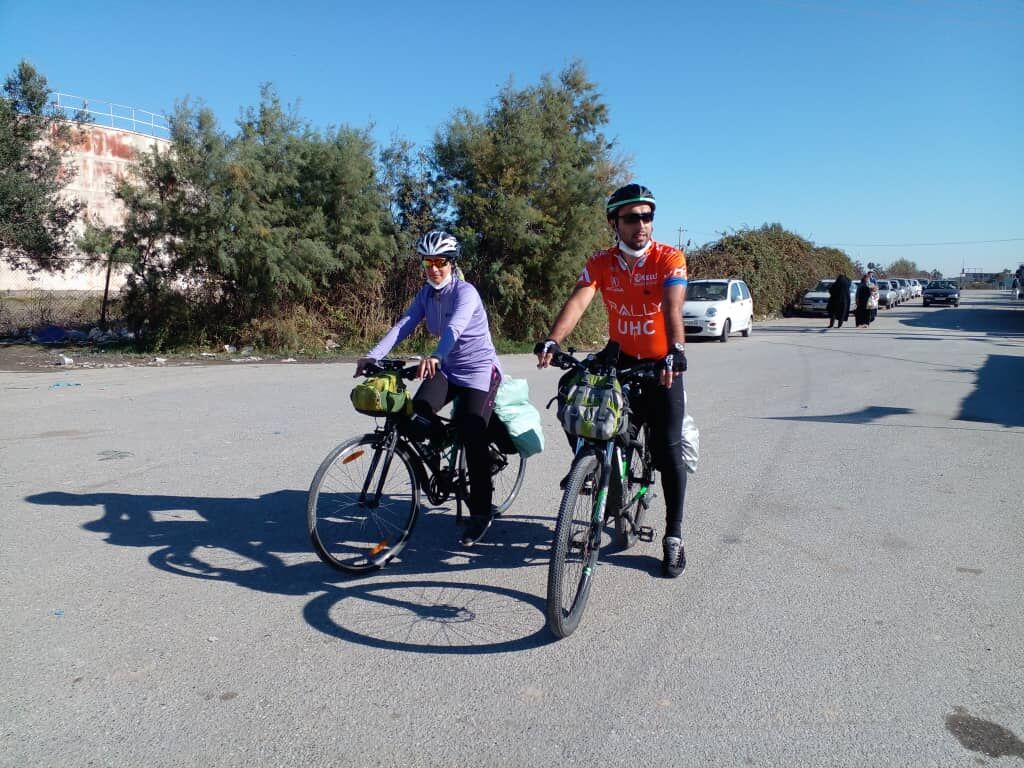 An Iranian couple have pedaled a distance of 500 kilometers all the way across the country’s northern coastline in a symbolic move to protect the Caspian seal.

They arrived in the city of Bandar Torkaman in Golestan province on Saturday and were welcomed by local officials.

“The Symbolic move was aimed at drawing the attention of people, especially those living on the Caspian coast, to help protect the Caspian seal,” said Navid Bani Assadi.

“My wife and I began our ride on bicycle in Rasht six days ago,” he added.

The biker noted that he and his wife met locals on the way and promoted environmental teachings to protect the Caspian seal.

The Caspian seal is rare species of seals that only lives in the Caspian Sea and rivers flowing into it.