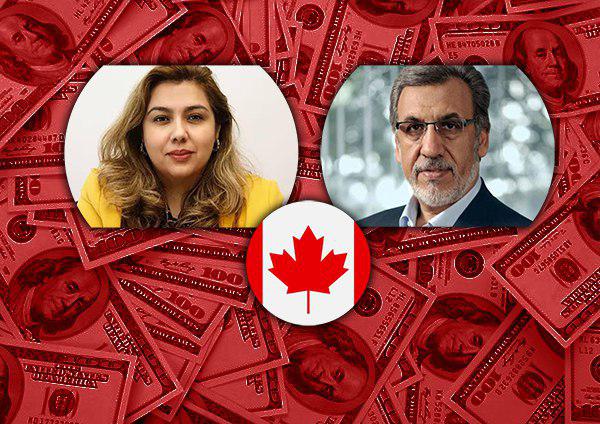 Members of the Iranian-Canadian community have signed a petition against two Iranian embezzlers who are now living in Canada after escaping justice in Iran.

“Our community and the Iranian Canadian Congress have raised concerns about the case of Khavari on several occasions both during the former government of Prime Minister Harper and during the time of the current Liberal government,” said the petitioners.

“However, Iranian Canadians have never received any response, nor has the government taken any action on this issue. As such, we demand answers on the case of Mahmoud Reza Khavari from the Canadian government,” the petition read.

Mahmoud Reza Khavari was a former Iranian banker who fled to Canada after a $2.6 billion financial fraud came to light in 2011. He was sentenced to 30 years in prison and the Interpol issued a warrant for him in December 2017.

The undersigned then referred to the case of Marjan Sheikholeslami Aleagha which just recently came into light in Iran. While being indicted in Iran in a $10 million corruption case, she has moved to Canada and invested in properties and started businesses.

Sheikholeslami is accused of embezzling public funds in Iran in two separate cases. In 2010, amid the international sanctions on Iran, she founded various companies in Iran and Turkey to help Iran bypass the sanctions and sell its petrochemical products, but has reportedly refused to pay back the government’s money.

In March 2019, she was accused of being involved in a giant embezzlement court case, which was first rumoured to be worth 6.6 billion euros, but was later reduced to some 35 million euros. The fraud was committed by officials at the Iran National Petrochemical Company which was attempting to bypass Iran sanctions.

“While the two Iranians have been able to move to Canada and invest their money freely, many ordinary Iranian Canadians have been unfairly singled out in the immigration process and have been subject to banking restrictions because of their nationality and country of origin,” the undersigned said.

The undersigned also blamed the passive approach of the Canadian government towards the mentioned cases, saying the inaction “has allowed individuals who have enriched themselves through corruption and escaped justice while innocent Iranian Canadians have to deal with the suspicions that are levied against the whole community because of the actions of these corrupt individuals.”

They urged the Canadian ministers to prevent their country from turning into a haven for corrupt money.