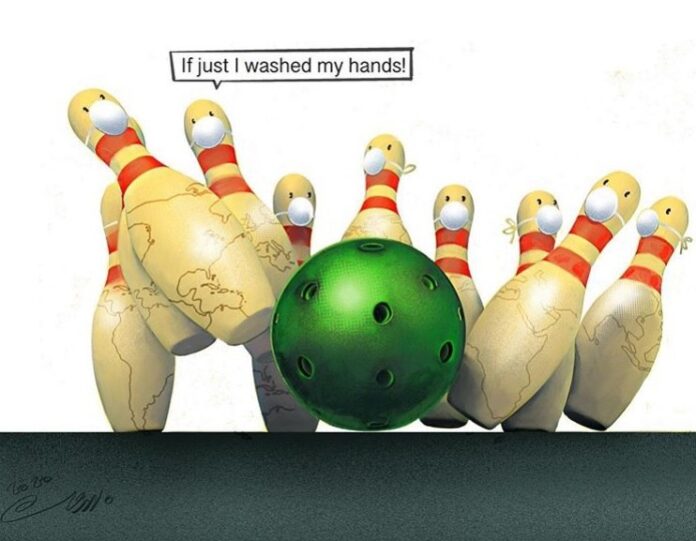 Prominent Iranian designer Hamid Bahrami has released a work in which he illustrates the ways to prevent the COVID-19 disease.

The work titled “World, go wash your hands!” is based on the doctors’ strict recommendation for continuous hand washing as the only way to prevent the disease.

Bahrami has likened the coronavirus to the bowling ball and placed several bowling pins on each part of the earth map.

Each of these pins, while masking the mouth, is intended to hit the ball-like virus to get rid of it.

At the top of one of the story’s characters there is a box that reads: “If only I had washed my hands!”
That reflects a patient’s regret for not being healthy and suffering from coronavirus.

Hamid Bahrami comes from the world of caricature, illustration and animation, and his work is full of humour, amazement and panic.

He is a world-renowned cartoon and animation artist who has occasionally brought his independent experiences in drawing and painting to Iran.

In recent years two exhibitions of his works have been held in Iran.

He is a graduate of painting from Tehran University of the Arts and has lived in the US since 2008. He works as a concept designer with several animation companies in the United States. 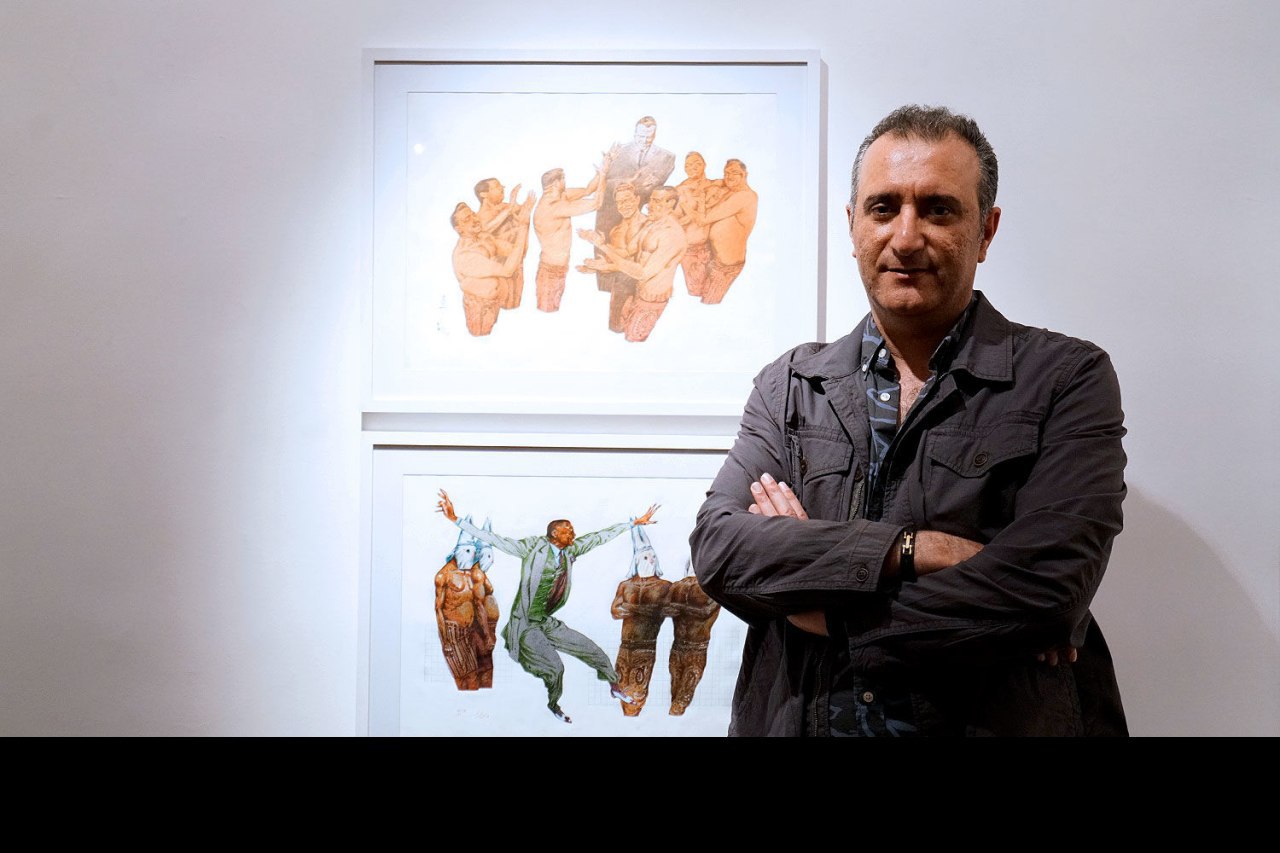