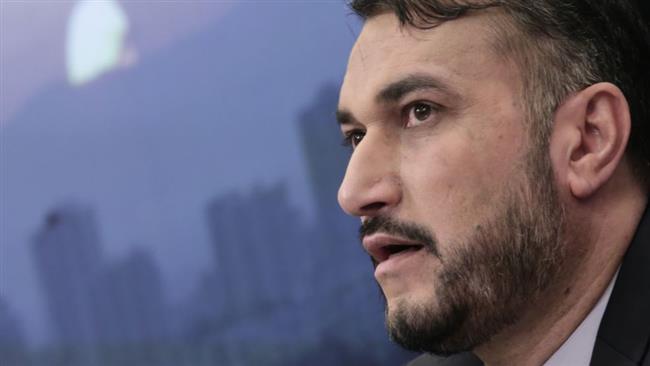 Instead of accusing others and shifting the blame [on them], the Saudi FM should assume his country’s responsibility in the Mina disaster, Amir-Abdollahian said.

A senior Iranian official has dismissed as baseless the recent comments of the Saudi foreign minister against the Islamic Republic, warning that there is a limit to Tehran’s patience.

“We warn Adel al-Jubeir not to test the patience of the Islamic Republic of Iran,” Hossein Amir-Abdollahian, deputy foreign minister for Arab and African affairs, said on Sunday.

He was reacting to the Saudi top diplomat’s remarks on Saturday that Riyadh hoped Tehran would use additional earnings that it would make following the implementation of its July nuclear agreement with world powers, to develop its economy “rather than for aggressive policies.”

“Instead of accusation and shifting the blame [on others], the Saudi foreign minister should assume his country’s responsibility in the Mina disaster,” the Iranian official said.

On September 24, two large masses of Muslim pilgrims fused together in Mina outside the holy city of Mecca in Saudi Arabia, leading to a stampede, which, according to Iran’s Hajj and Pilgrimage Organization, killed around 4,700 people, including 464 Iranians.

Saudi Arabia, whose mismanagement prior to and in the aftermath of the incident has elicited widespread criticism, claims that nearly 770 people were killed in the disaster.

Amir-Abdollahian also advised Jubeir to “abandon his overt and covert support for terrorists in Yemen, Iraq, and Syria” and not make tiny states such as Bahrain the victim of Riyadh’s wrongful policies.

He, however, said, “Tehran has never ruled out normal relations with Saudi Arabia.” “Ever since the start of the administration of [President Hassan] Rouhani, the ball has been in their court, but it is not clear who the decision maker in Saudi Arabia is.”