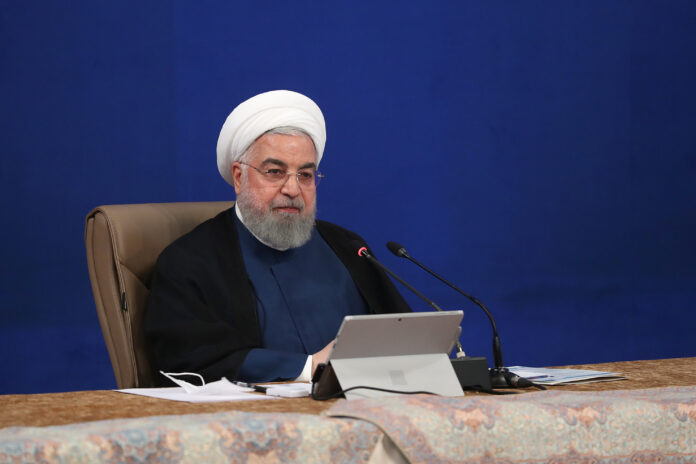 The Iranian president says it would be “detrimental” to everyone if the UN arms embargo on Iran is not lifted in October as per the Security Council Resolution 2231.

President Hassan Rouhani said on Wednesday Iran is keeping a close watch on the developments pertaining to the lifting of the arms ban, which expires in October, 2020.
“Tehran is closely watching movements in this domain,” he noted.

“The 4+1 countries should know that what is important today is not only Iran’s relations with them or with regional countries; rather, if they don’t act tactfully under the US sway, they will deal a major blow to international law, multilateralism and respect for international agreements, and it will be detrimental to everybody,” said the president.

“We hope, through the vigilance of countries, especially the 4+1 group, with regards to the expiration of the arms embargo on Iran, the US will, as always, fail this time, too, to advance its political and legal moves against Tehran,” he said.

President Rouhani reiterated that Iran will never capitulate to coercion and pressure by major powers, especially the United States.

“Despite the US efforts, Iran has never been, and will never be isolated, and its development schemes will not stop, and the Americans should know that they will never achieve their objectives despite their insistence on moving against the interests of the Iranian nation.

President Rouhani touched upon the fifth anniversary of the conclusion of the JCPOA, saying the United States’ illegal pullout from the deal was the result of efforts by Zionists, heads of reactionary states in the region and radicals in the US.

He said achievements of the JCPOA have been preserved despite the US attempts to wreck them.

Iran proven to be seeking peace, years-long anti-Iran campaigns losing their credit and enemy failing to harm Iran’s national interests are among the achievements of the JCPOA, he said.