Kalut Shahdad, a district of Iran’s Kerman Province, is one of the world’s lowest land points and considered to be the hottest place on earth, with a record temperature of 63 °C. The desert region has turned into a popular tourist attraction.

Kalut Shahdad, whose history goes back 6,000 years, is said to have been the capital of Aratta, an ancient land that appears in Sumerian myths. The oldest flag made of metal in Iran, named the ‘Flag of Shahdad,’ has been discovered in the region. 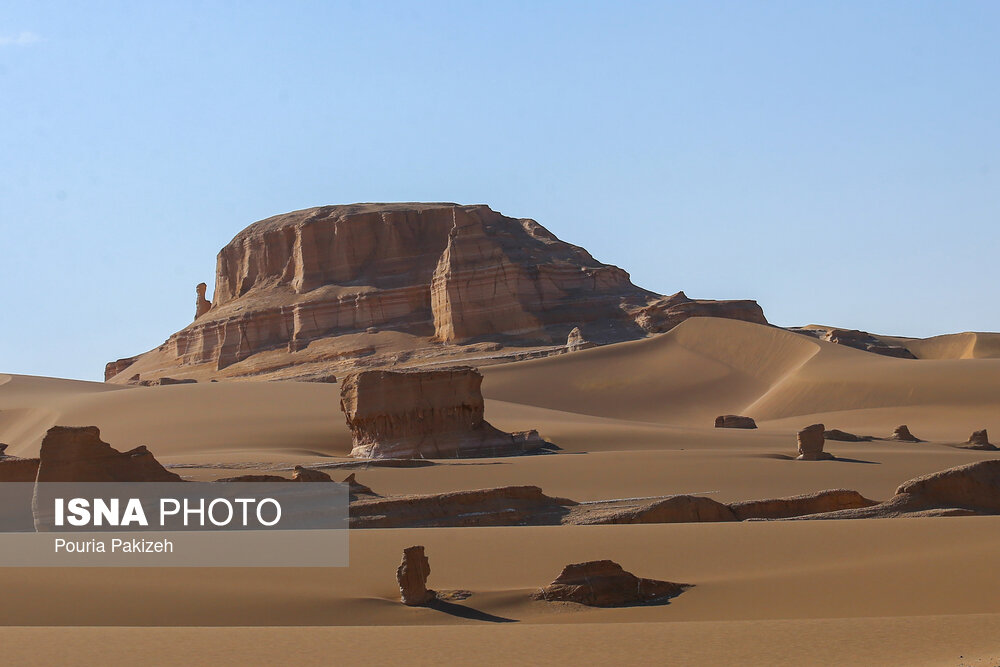 Kaluts — scientifically called yardangs — are natural land shapes formed at a large scale across deserts in different parts of the world, such as Iran, the US, Chad, Egypt and Peru. Yardangs are streamlined, wind-carved ridges that had been developed within lacustrine deposits. They date back 20,000 years in general. 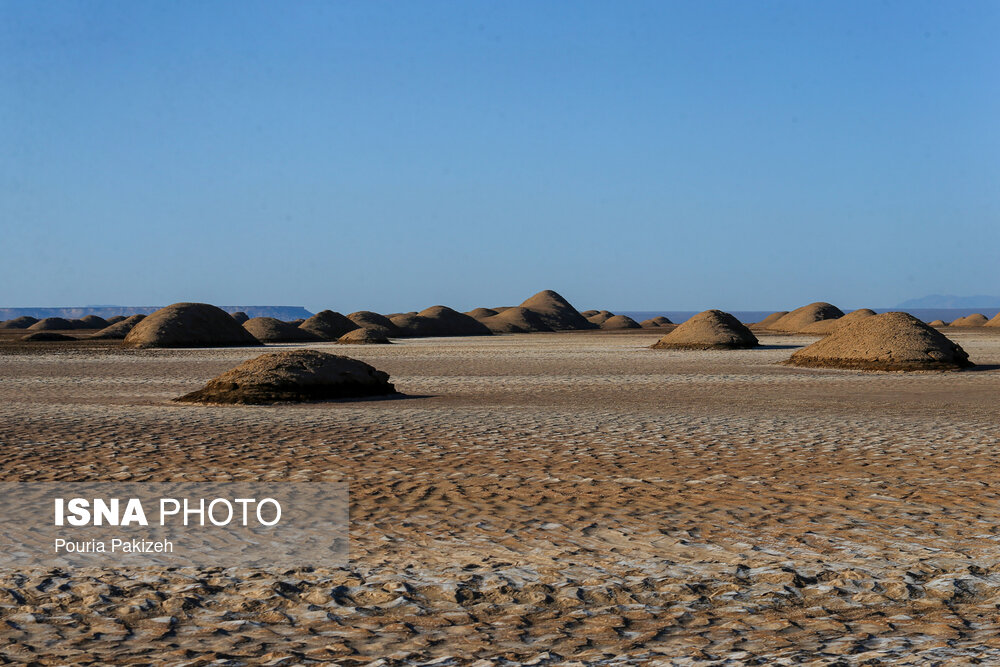 Back to Kalut Shahdad

From far away, Kalut Shahdad recalls a big city with many skyscrapers to mind, and that’s why some foreign tourists refer it as the “Hunted City.”

Kaluts are more unknown, more dangerous and more legendary than the sand dunes in eastern Lut and no one has ever crossed them. The things said in that regard arise from the views and studies of scientists. 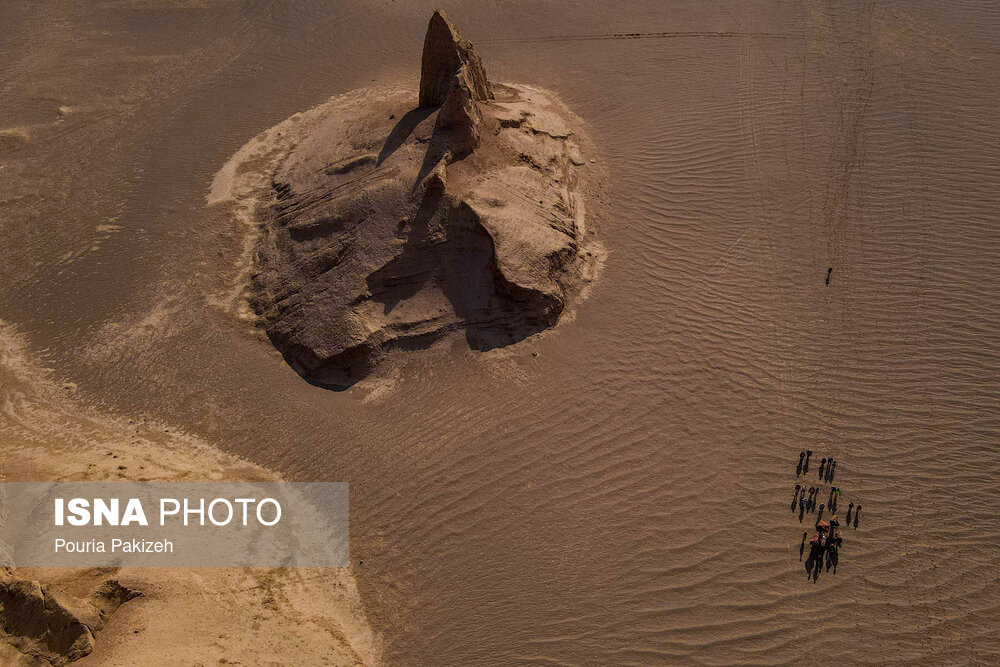 Where is Kalut Shahdad?

Kalut Shahdad is located 430 meters above the sea level. To the east, it sits around 30 kilometers from the Lut Desert and overlooks a plain called Takaab.

The age of Kalut Shahdad

Archeologists have found many bronze and clay items in the south of the Kalut. Expert studies of the discovered items show that they date back to the second and third millennium B.C.

The important point is that the items had been found within the clay and salt formations of the Lut Desert, which means the region turned into a desert in ancient times and there is a possibility that a human community might have died out there due to the climate change in the region. 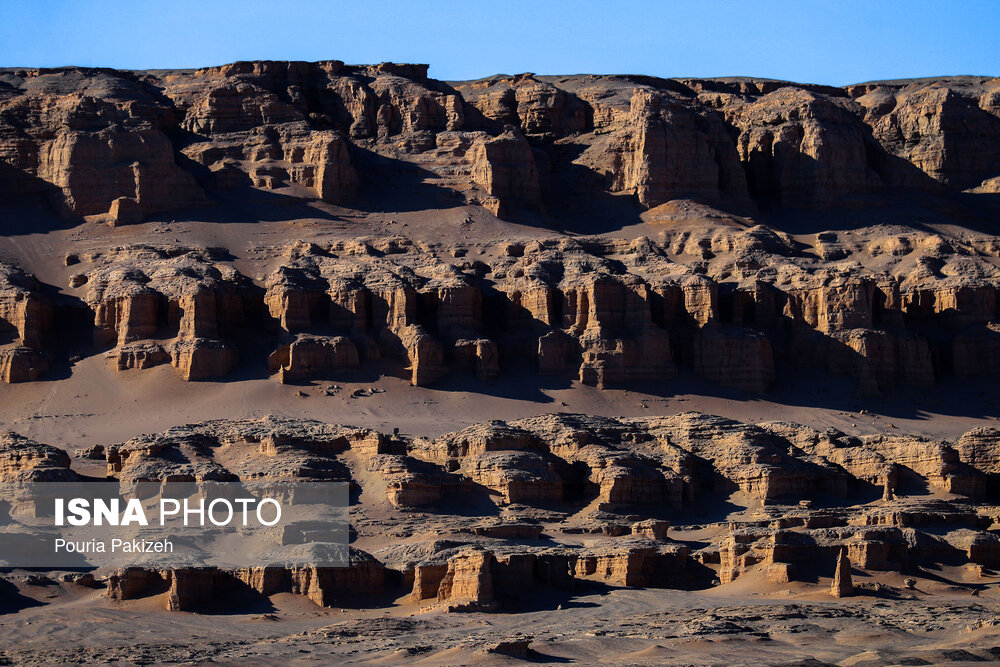 The ancient city might have been buried and destroyed under a huge flow of mud and desert salt and plaster.

It is inferred from the historical accounts of geographers that great civilizations existed there in the past. 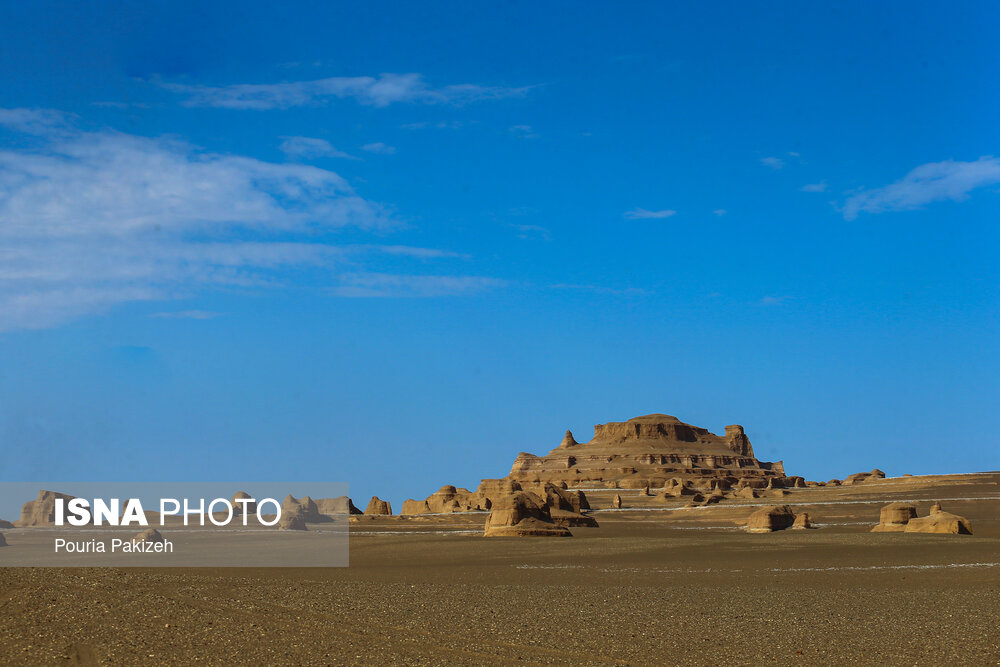 There is no life within a zone of 30,000 square kilometers in the heart of the Lut Desert. That claim is supported by the intact carcass of a cow found in the Lut Desert in the winter of 1987, which had dried up under scorching sun.

Parviz Kardovani, an outstanding Iranian geographer and professor in desert studies, considered Kalut Shahdad as the hottest place on earth. In 2005, NASA said the temperature in the region stood at 70 °C. The region is known among geologists as one of the “earth’s thermal poles.” 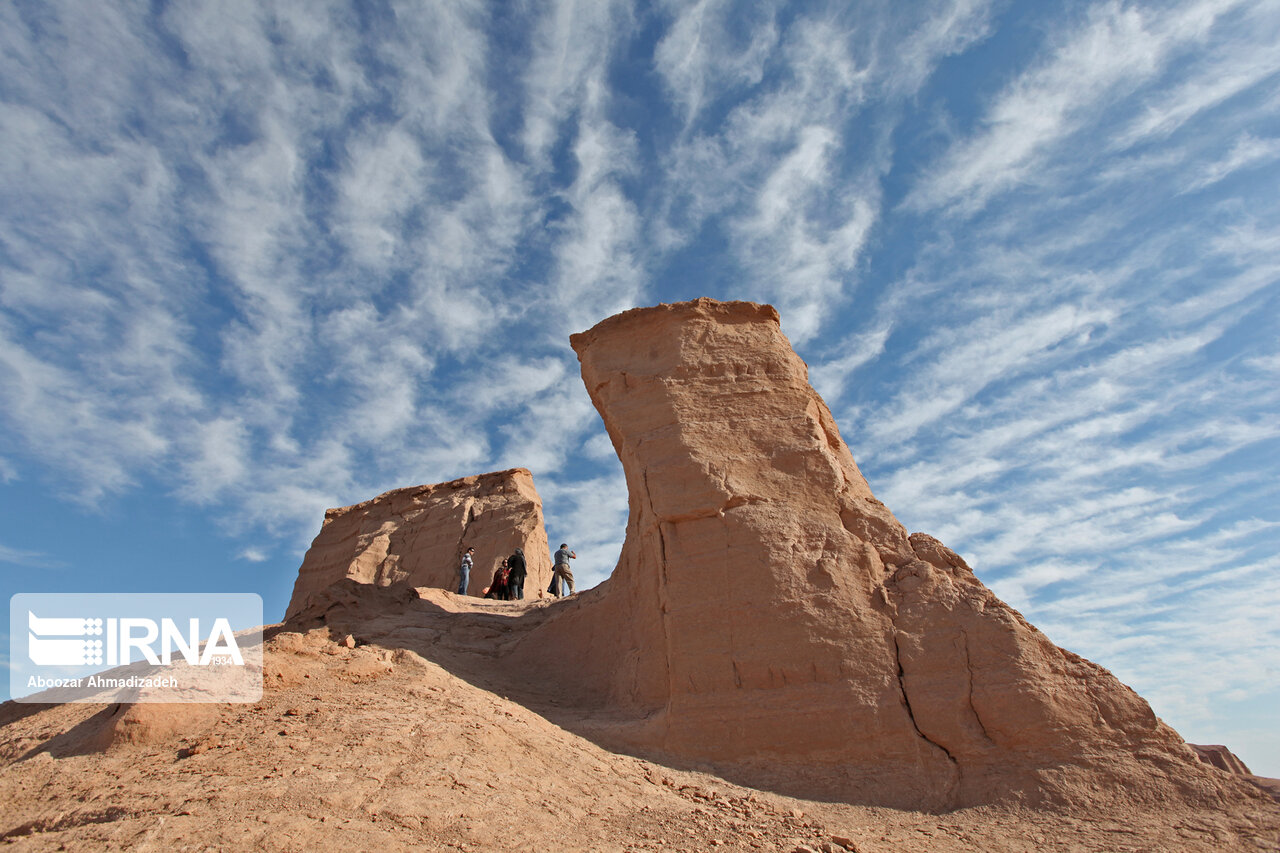 As you move from the Sirch mountains to the Kaluts, the living vegetation cover decreases.

Along the routes, nettle trees are seen scattered. On the edges of the Kaluts, nettle bushes are seen on natural sand vases, which are called Nebka.

Along the routes leading into the Kaluts, scattered bushes of Astragalus can be seen. The bushes fade away as we move further into the Kalut.

There is no vegetation cover from the desert area of the Kalut eastward, inside the Kalut’s holes, and on the Kaluts themselves. 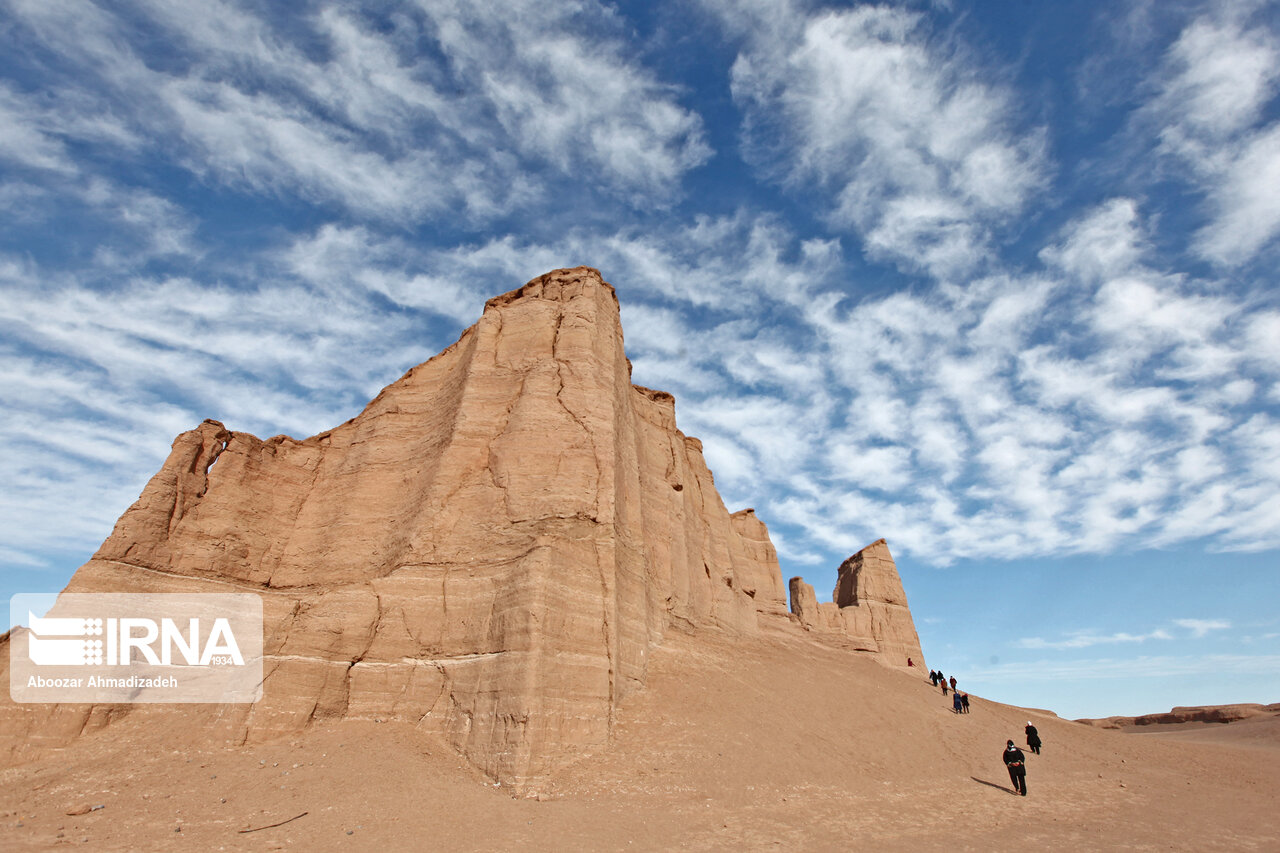 Rud-e Shour is the only permanent river that flows deep in the Lut Desert and is full of water throughout the year. The river, which is one of the saltiest in the world and contains the most minerals, runs along a distance of approximately 200 kilometers to the southeast, near Shahdad, before resting in an area called Chale Madan Namak.

Polygons: Polygons are another one of the phenomena around the Kaluts of Shahdad. Hexagonal shapes of salt formed in the desert are known as polygons, which can be seen around the Salt Lake.

Salt flats: In the Shahdad Desert, there is a salt flat, measuring 100 hectares in area, with egg-shaped structures, the like of which can be found nowhere else in the world. 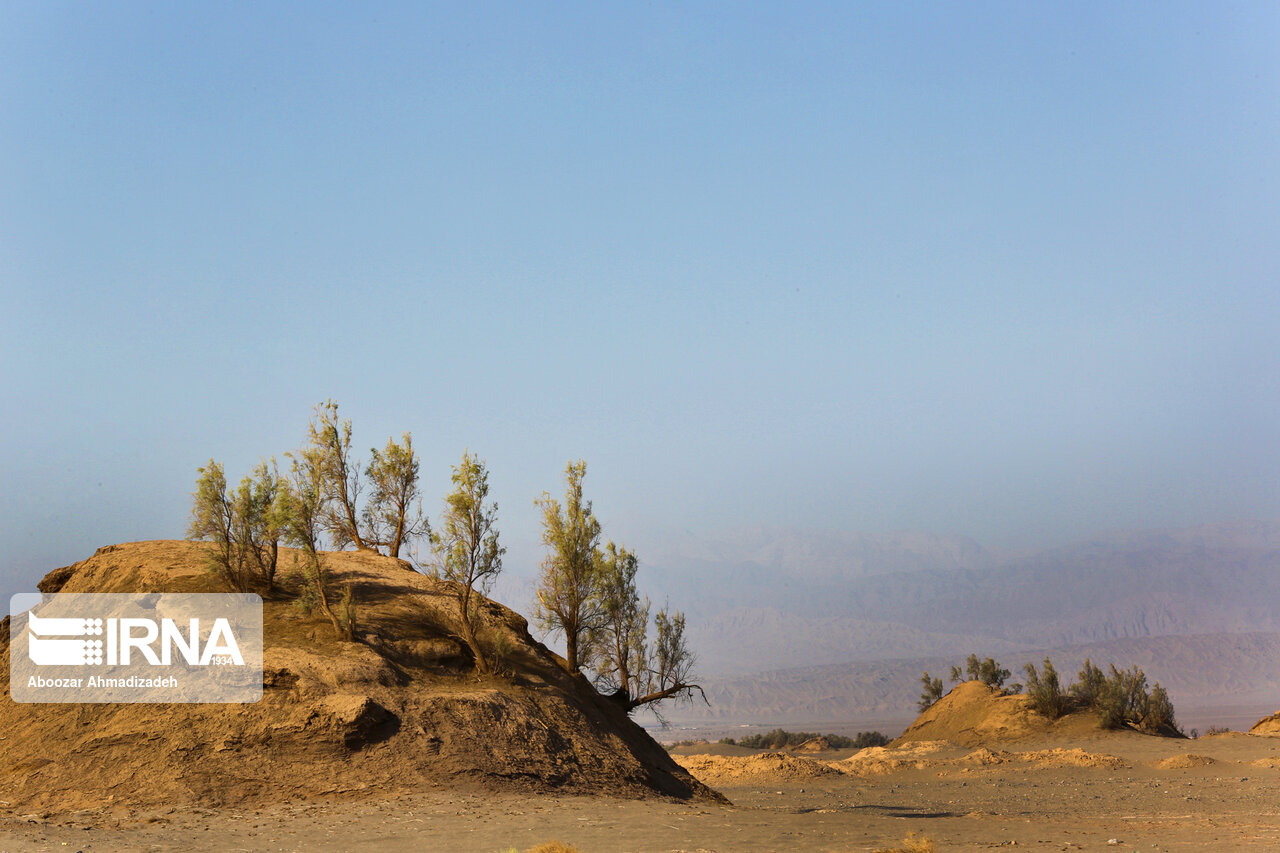 Like any other desert destination, Kalut Shahdad offers a unique range of recreational options to visitors:

Quad bikes: Quad bikes are one of the most popular recreational vehicles in the desert and on the beach.

Watching the night sky: Astronomy enthusiasts know that the dessert sky at night is one of the clearest for stargazing. Whether you are an amateur or professional, you can enjoy a sky full of little drops of light on a trip to Kalut Shahdad. It is also a famous place to watch the sun rise or set. 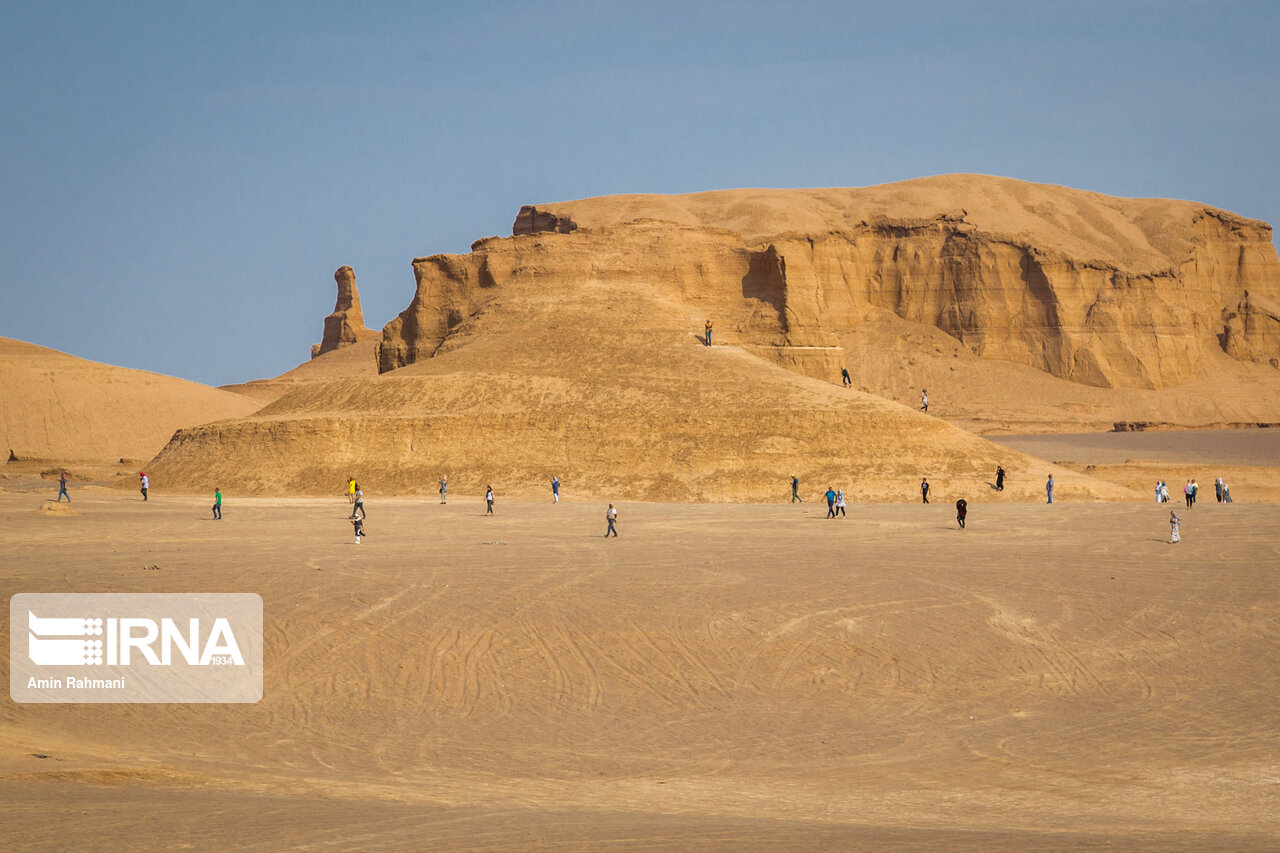 Photography: With their unconventional forms, the Kaluts of the region are some of the best for photography. The combination of the brown of the sands and the blue of the sky adds to the appeal of the images.

Safari: If you are not much into hiking but want to visit the desert terrain of Kalut Shahdad nevertheless, you can take a safari tour, in which people familiar with the area show you around.

The beautiful photos below were taken and published by Mizan Online:

Visiting Kalut Shahdad in the warm season would be taxing, given the high temperatures in the region. But if you visit in fall, or winter, or the beginning of spring, that would be best.