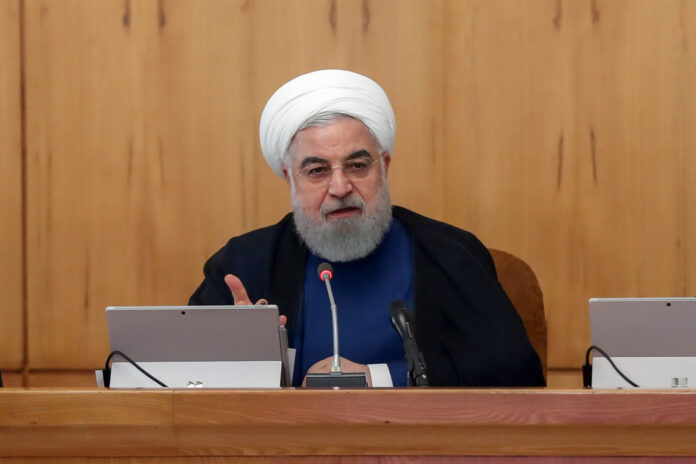 Iranian President Hassan Rouhani has unveiled plans for the establishment of a new “innovation centre” in the country dedicated to promoting artificial intelligence, and will name it after the victims of the recent plane crash.

Speaking at a weekly cabinet session in Tehran on Wednesday, President Rouhani said the administration is going to open a major innovation centre on development of artificial intelligence.

The new complex will be entitled “Centre 176” in remembrance of the 176 passengers who died in the January 8 crash of Ukrainian jetliner near Tehran, the president added.

He also paid tribute to the victims of the plane crash, particularly the Iranian people engaged in the academic, scientific and research activities.

The president further assured the families of both Iranian and foreign victims that the Islamic Republic will do its utmost and utilize all tools available to investigate into the accident, stressing that Tehran will honor all of the legal commitments with regard to the tragic incident.

President Rouhani then pointed to a rise in Iran’s national income thanks to the export of non-oil goods, saying a sum of $20 billion in non-oil exports have been funneled to the Central Bank of Iran.

On the 2015 nuclear deal and the decision from the UK, France and Germany to trigger the dispute resolution mechanism in the Joint Comprehensive Plan of Action, President Rouhani stated, “We have not withdrawn from the JCPOA and do not seek to scrap it. We are committed to it and have reduced our commitments in accordance with the JCPOA.”

He also made it clear for the three European parties to the JCPOA that Iran will fully honor the deal as soon as the EU3 states fulfill their commitments completely.

“I remind the three European countries that if you commit a violation and breach commitments, you will be responsible for the whole consequences,” he warned the UK, France and Germany.

The president then reiterated that Iran will be never after nuclear weapons, even in the absence of the JCPOA and the Safeguards Agreement and regardless of Tehran’s relations with the International Atomic Energy Agency (IAEA).

“I hope Europe would honour its pledge and commitments, in which case we will fulfill our commitments as well,” President Rouhani emphasized.