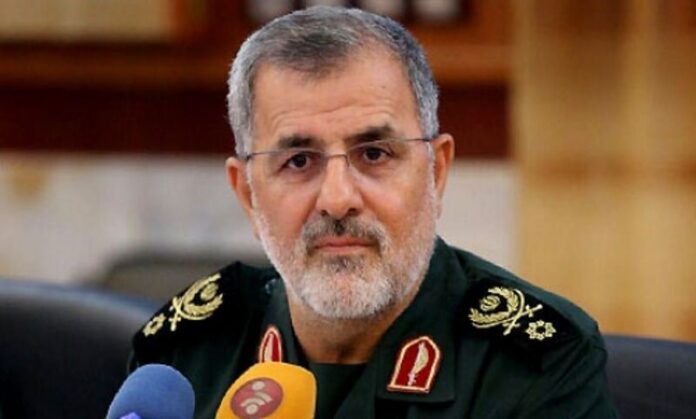 Brigadier General Mohammad Pakpour made the comment as the military conflict between the Azerbaijan Republic and Armenia goes on near Iranian borders.

“We would counteract any insecurity and threat along our borders which would inflict harm on our dear people’s security and mental calm, and basically, our people’s security and our country’s national interests are our red lines,” said General Pakpour, the commander of the Ground Force of Iran’s Islamic Revolution Guards Corps (IRGC), while warning the two warring sides.

He said the IRGC’s Ground Force is deploying troops in border areas in the north of the country.

“The deployment of forces of the IRGC’s Ground Force will be in line with safeguarding our national interests as well as insuring the security and tranquility of people in the region,” said the top commander.

“We respect the territorial integrity of neighbouring countries, and any change in our border geopolitics will by the Islamic Republic of Iran’s red line,” he said.

“The Islamic Republic of Iran is opposed to, and condemns any occupation and aggression,” the senior commander underscored.

He said IRGC troops have been monitoring border developments in the north of the country since the military clashes began between the Azerbaijan Republic and Armenia.

“The necessary measures have been adopted and the necessary reinforcement has been done in accordance with the current situation,” he said.