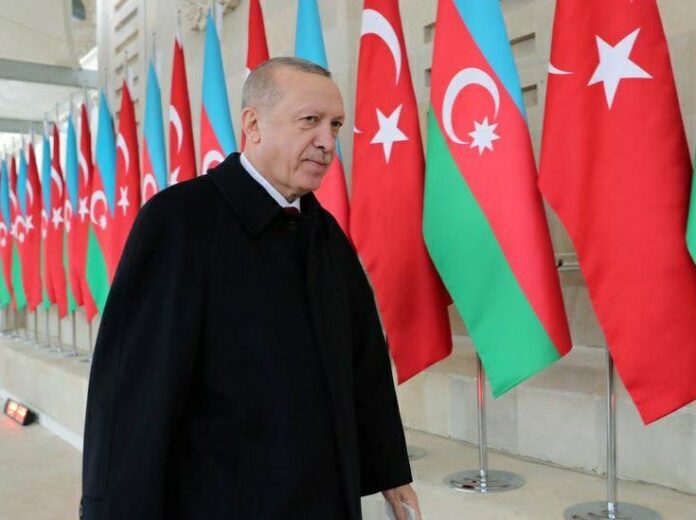 Reactions are pouring in to Turkish President Recep Tayyip Erdoğan’s interventionist remarks about the reunion of Azeri-speaking people of Iran and Azerbaijan Republic.

In a tweet on Friday, Iranian Foreign Ministry Spokesman Saeed Khatibzadeh said the Turkish ambassador to Tehran was notified of Iran’s dismay over Erdoğan’s comments in Baku.

“The Turkish ambassador was reminded that it is not wise to base [a country’s] foreign policy on delusions,” the tweet read.

“There are many in Turkey who know history well. It is necessary that they remind their statesmen of the main reason for which poems were written,” he added, referring to the Araz poem recited by Erdogan in a victory parade in Baku.

“Erdoğan should pay attention to the fate of those who had an eye on Iran such as [former Iraqi dictator] Saddam Hussein,” said an MP, adding Iran will give them a strong slap in the face.

“The last ruler who wished Iran to be annexed to his country’s territory was smoked out. Mr. Erdoğan! Read some history instead of poetry,” said another legislator.

Yet another lawmaker noted the Turkish president is delusional.

“I was surprised by Mr. Erdoğan’s remarks. I think the Turkish president himself doesn’t know what he said,” he noted.

“Mr. Erdoğan! There is a difference between being a neighbour and having an eye on a neighbouring country for conquest. Please review the history of Iran, especially that of the Islamic Republic of Iran, carefully,” he said.

“The poem recited by the Turkish president were originally composed by Iranians separated from their motherland,” read the statement.

During his visit to Baku on December 10, 2020, Erdogan attended a military parade that saluted Azerbaijan’s recent victory in the bloody Nagorno-Karabakh conflict.

At the ceremony, which was also attended by Azerbaijani President Ilham Aliyev, the Turkish president recited a poem which bemoans the separation of Azerbaijan under the Tukmenchay Treaty during the Russo-Persian War (1826–28), but Erdogan referred to it in the context of the occupation of Azerbaijani territories of Lachin and Karabakh.