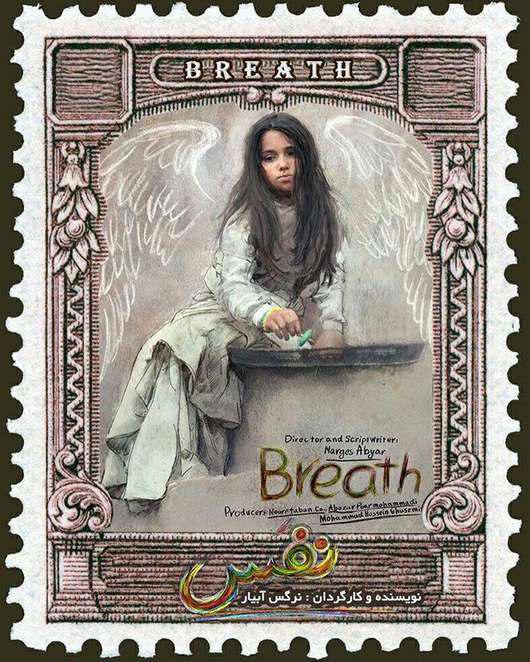 The Iranian drama ‘Breath’ (Nafas), directed by female filmmaker Narges Abyar, has been selected as the country’s official submission to the 90th Academy Awards in the best foreign language film category.

A committee of nine cinema professionals (including four directors, an actor, a composer, a producer, a film critic, and a cinema official) was assigned by Iran’s Farabi Cinema Foundation to choose the county’s submission to the Oscar race.

“The movie ‘Breath’ was selected by a majority vote,” committee spokesman Amir Esfandiari said on Tuesday, adding that the Committee hopes Abyar’s film would further introduce Iran’s capacities to a wider range of audiences.

The film was chosen from a shortlist of four, including “Subdued” (Rage Khab) by Hamid Nematollah, “Malaria” by Parviz Shahbazi, and “Vilaei-Ha” by Monir Qeidi.

“Breath”, produced in 2015, relates the story of a little Iranian girl named Bahar who lives a life spun from folklore and stories, always with her head in a book. But growing up in Yazd in the 1970s and ’80s, she is at the centre of a country in turmoil: the Shah is overthrown, Ayatollah Khomeini rises to power, and the first shots are fired in a bitter and protracted war with Iraq. Over the span of several years, Bahar finds daydreaming in her own fantasy world is the only way she can make sense of the pain and suffering warring humans inflict on one another.

Shabnam Moghaddami received the Crystal Simorgh of Best Supporting Actress in the 34th Fajr Film Festival for her appearance in the film.

Earlier Iranian submissions to the Academy Awards have brought the country four nominations and two Oscars. Both awards were given to Asghar Farhadi, the acclaimed filmmaker, for his films ‘A Separation’ (2011) and ‘The Salesman’ (2016).

The film ‘Children of Heaven’ by Majid Majidi was also nominated for an Academy Award in Best Foreign Language Film category in 1998, but lost the Oscar to Italy’s submission ‘Life is Beautiful’ by Roberto Benigni.

Farhadi’s ‘A Separation’ was also nominated for an Oscar in Best Original Screenplay category.

The Academy Award for Best Foreign Language Film is one of the Academy Awards of Merit, or Oscars, handed out annually by the US-based Academy of Motion Picture Arts and Sciences (AMPAS).

It is given to a feature-length motion picture produced outside the United States of America with a predominantly non-English dialogue track.

The Academy Awards or The Oscars is an annual American awards ceremony honoring cinematic achievements in the film industry.