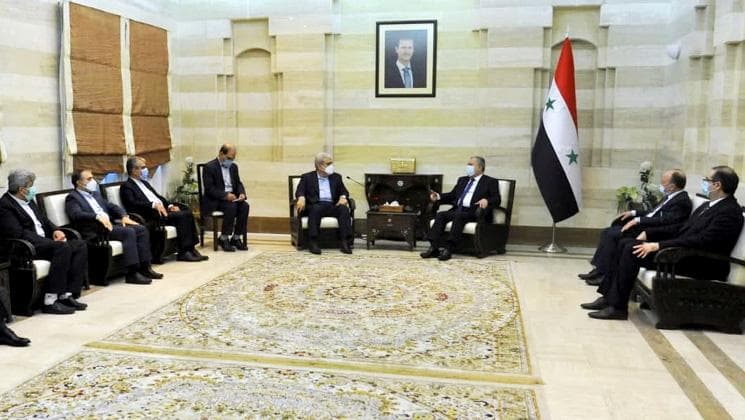 Iranian Vice-President for Science and Technology Sorena Sattari says the Islamic Republic is prepared to transfer its innovation ecosystem experiences to the countries of the Middle East and North Africa (MENA) region.

Speaking in a meeting with Syrian Prime Minister Hussein Arnous in Damascus, Sattari said dependence on oil revenues had overshadowed the Iranian economy for a long time.

“Now we have reached a point where knowledge-based economy is outpacing the oil-dependent economy with the prosperity of technology and innovation ecosystem in Iran,” Sattari said.

He said almost 3.5 million university students are engaged in this ecosystem, a lion’s share of which are studying engineering.

The Iranian vice-president said over 10,000 start-ups are operating in Iran, gifting their high-tech products to society through their creativity and innovation.

He said there are good start-ups in the Arab world, and Tehran is prepared to establish joint technology parks with Arab countries.

“We are ready to expand our sci-tech collaborations with other countries,” he added.

Referring to Syria’s need for radiation therapy machines, Sattari said the Islamic Republic can provide Syria with these machines and other advanced equipment with a price lower than that of Western companies.

The Syrian prime minister, in turn, welcomed Sattari and his entourage and highlighted the significance of promoting scientific cooperation between the two countries.

He praised Tehran’s stance on the 2015 nuclear deal with world powers and the fact that it refused to give up its rights.

“Despite the economic blockade, Iran continued its scientific progress, and this forced the US to change its position. Economic siege against capable countries is an opportunity for the prosperity of creative human resources, and that’s what happened in Iran,” he said.

He also expressed hope that Sattari’s trip to Damascus will lead to further sci-tech collaborations between the two sides.

“We are going to develop the university and high-tech infrastructure of our country with Iran’s cooperation, and establish laboratory and research centres in our country,” he noted.
Arnous also thanked the Supreme Leader, government, and people of Iran for supporting Syria in its war on terrorism.