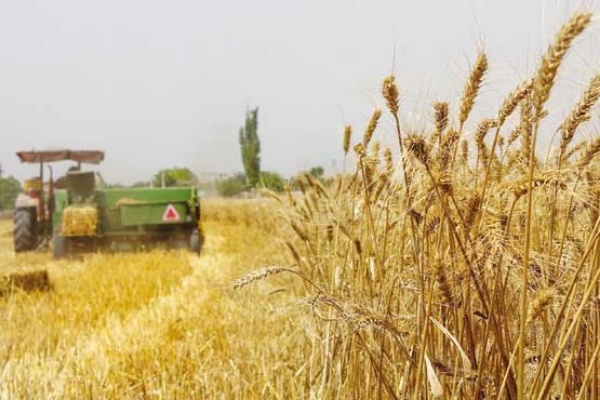 Iranian Minister of Agriculture Mahmoud Hojjati says the value of the country’s farm products has reached $80 billion, unveiling plans for the promotion of processing industries in the country.

Minister of Agriculture Mahmoud Hojjati attended the 9th meeting of representatives of Tehran’s Chamber of Commerce, Industries, Mines and Agriculture on Tuesday, October 23.

Pointing to the statistical figures showing a rise in the output of agricultural products in Iran, Hojjati said his ministry’s priority has been to increase productivity in the water and soil management.

Praising the growing investment in Iran’s agriculture sector over the past decades, the minister said more than 2.5 million hectares of fields, particularly in the southern and eastern areas, have been equipped with irrigation systems and a huge investment has been made in the water management systems.

He also refuted the US claim that the delivery of food and medicine to Iran has not been subject to sanctions, saying the restrictions in money transaction caused by the American sanctions have practically targeted those two sectors.

“A major part of the country’s demand for agricultural imports are supplied from the Americas, with a pressing need for currencies like dollar and euro. Nonetheless, we have no concerns about the supply of oilseeds, soybean press cake, raw oils and maize. For instance, the supply of maize has now reached 2 million tonnes,” he added.

Hojjati noted that the value of agricultural products in Iran has reached $80 billion, saying the fluctuation in currency rates that began last year upset the order of production of certain goods.

The Agriculture Ministry has purchased 360,000 tonnes of tomato from the local farmers over the past 40 days, he noted, adding that tomato production in the current Iranian year has risen by more than a million tonness compared to the previous year.

He also noted that Iran’s non-membership in many regional and international treaties and unions has adversely affected the export of agricultural products and foodstuff.

Hailing the administration’s plan to join the Eurasian Economic Union (EAEU) as an ideal opportunity for the country’s agro-food industries, Hojjati said Iraq is the main destination for Iranian agricultural products.

The minister further called on the Iranian farmers and producers to work on the basis of supply and demand standards to avoid the problems caused by Iraq’s arbitrary regulations or occasional restrictions on the import of Iranian produce.

He further stated that the total saffron production in Iran in the current year has surpassed 500 tonnes, and the countrywide output of apple has exceeded 400 million tonnes.

The minister further highlighted the role of start-ups in managing the distribution of agricultural products and foods.

He then noted that the total volume of water for growing a watermelon has decreased to 30 to 40 liters, saying most of the watermelon patches in Iran have begun to use dry farming techniques.

The minister also noted that Iranian farmers have been reluctant to sell wheat to the Agriculture Ministry this year despite an increase in the total output of wheat, citing a remarkable difference in the wheat prices between Iran and the neighboring countries that resulted in lower purchases from the local farmers.

Hojjati then highlighted the low price of Iranian meat in comparison with the foreign countries, saying while one kilogram of meat is sold for $2 in Iran, the price of meat in Brazil and Mongolia stands at $7.5 and $5, respectively.

He finally pointed to the Agriculture Ministry’s schemes to minimize the use of pesticides, insecticides, and chemical fertilizers across the country, saying the optimum consumption of pesticides requires contract-based production and training courses for a population of four million farmers across the nation.