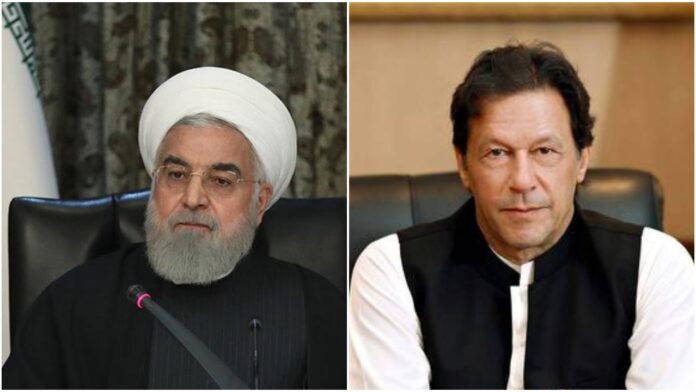 President of Iran Hassan Rouhani and the prime minister of Pakistan have called for efforts to resume trade exchanges between the two neighbors following a halt in the wake of the coronavirus outbreak, and discussed the ways to enhance bilateral economic relations in defiance of the US sanctions.

In a telephone conversation on Wednesday, President Rouhani and Prime Minister of Pakistan Imran Khan called for the expansion of relations between Tehran and Islamabad, and stressed the need to share the experiences, knowledge and technology in the fight against the novel coronavirus.

They also emphasized the necessity for the resumption of cross-border trade, reopening of the border markets, and strengthening the trade ties in conformity with the health regulations.

The Iranian president and the Pakistani prime minister further condemned any type of discrimination or imposition of pressures against Muslims, and expressed their support for the Muslim communities.

Elsewhere in the telephone conversation, President Rouhani commended Pakistan for its opposition to the US’ illegal sanctions against Iran, and expressed hope that the two Muslim neighbors could further broaden the trade and economic relations.

He also noted that reopening of the border markets in full compliance with the health and medical instructions will contribute to the promotion of the trade and economic ties between the two countries.

“We are willing to continue the exchange of commodities and border trade with Pakistan in the same way that trading of commodities with a number of the neighboring countries is going on,” President Rouhani added.

He finally congratulated the Pakistani government and nation on the start of the holy month of Ramadan, and expressed hope that the joint agreements between Iran and Pakistan would be implemented to benefit the two nations.

For his part, Imran Khan highlighted the necessity of promoting and deepening relations with Iran, particularly the economic and trade ties, and welcomed plans on the resumption of trade activities at the common border and reopening of the border markets by observing the health instructions.

“The resumption of commodities exchange between the two countries will greatly help Pakistan’s economy, which has encountered many problems due to the coronavirus,” the Pakistani premier added.

Imran Khan then condemned the US’ sanctions and mounting economic pressures against Iran in the current tough circumstances when the world is engulfed by the coronavirus pandemic, stressing, “I deem it my duty to support Iran in the face of the US’ unlawful measures.”