Iran Not Interested in Escalation of Tensions in Persian Gulf: Spokesman 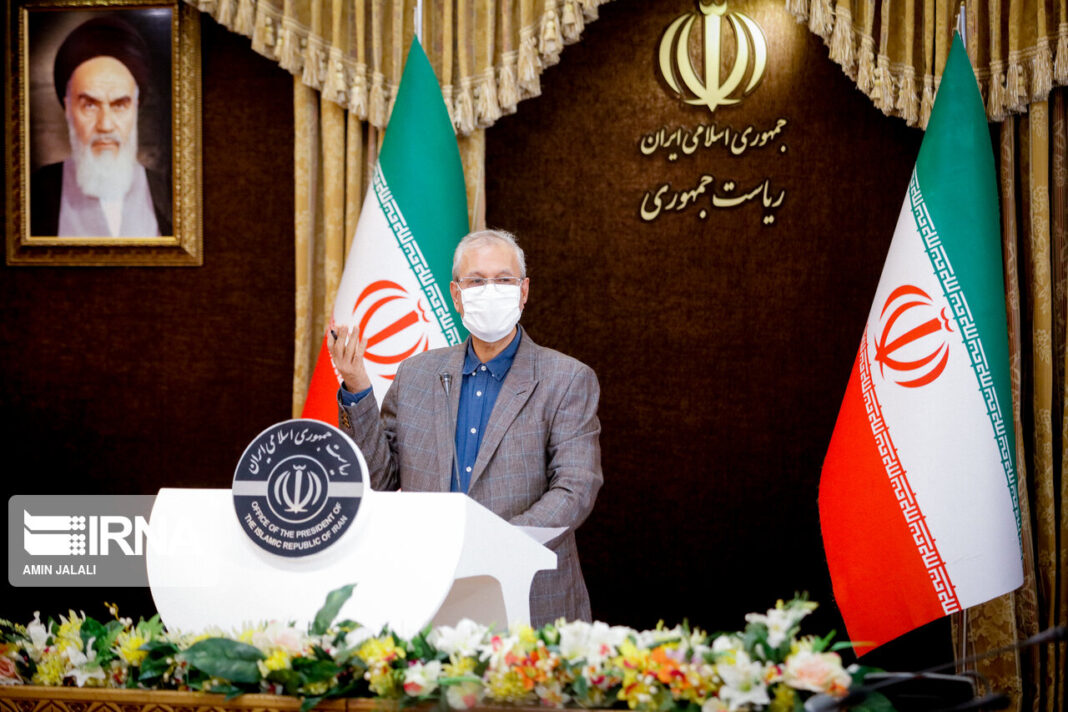 Iranian government Spokesman Ali Rabiei says the Islamic Republic does not welcome increased tensions in the Persian Gulf, and it will do its best to ensure security in the region.

In a video press conference on Saturday, Rabiei referred to the recent threats by US officials saying that the Islamic Republic has always expected to hear such useless words from the United States, but Tehran constantly has announced its stance.

“Our strategy is to reduce tensions in the Persian Gulf, but we warn that if the United States is looking for adventure, the responsibility of every incident will falls on Washington.”

As long as the United States continues its destructive military presence in West Asia, and refers to defeated groups and lobbies in recognising its interests, even the interests of the American people will not be protected, underlined Rabiei.

Rabiei also announced that during Ramadan, security accords with the countries of the region and agreements to deal with corona can be reviewed to have a violence-free region to cope with the coronavirus and save lives. However, the Islamic Republic will definitely give the necessary response to the aggressors.

In another part of his remarks, he said, unfortunately, amid the fight against Corona, where all the people of the world must unite, we are witnessing such comments [by US officials].

“We believe we must move towards peace in the region so that we can confront corona. The world needs a physical and a mental security to overcome this crisis. Unfortunately, the Americans are still launching psychological projection, and we know in the difficult conditions since the outbreak of the coronavirus in the United States, the US government, especially the president, has been trying to divert public opinion from his failures against COVID-19. In order to escape from his international responsibilities, he has no choice but to launch psychological projection.”

Iranian spokesperson further said the United States accuses the Islamic Republic of Iran of violating the UN resolution for a conventional act that does not contradict the legal and international regulations, but the Islamic Republic has no doubt that Washington will fail to prove this.

He emphasised that the Islamic Republic of Iran believes its military and civilian technological advances are in accordance with international law and saying such advances are Iran’s absolute and irreconcilable right.

“This kind of warning from a country that has become the number one threat to global security, and has proven its mastery in discriminating against the rules of law will not have the slightest effect on our will to continue on our legal path.”

He also advised European countries to learn from the past experiences and put an end to giving concessions to this bully as soon as possible. In this way, the world will be safer amid the coronavirus outbreak and even after corona, reiterated Rabiei.

We have not taken any action contrary to the laws and resolutions, stressed Rabiei, underlining that the United States must return to resolve its internal problems.

The government spokesman went on to say that misleading statements about disease control and statements rejected instantly by scientific and medical associations are only meant to pose a mental challenge to the American people. So instead of resolving his country’s problems, Donald Trump is blaming other countries.

“We believe that we are committed to the highest level of transparency in the fight against the coronavirus, and we have not endangered the lives of our citizens,” highlighted the spokesman.

“I assure the people we have kept our promise regarding people’s lives. Certainly, the life of an elderly, a patient and any Iranian is important to us in any way, and like many countries, we did not abandon these people and did not say which social class and which age group our hospitals belong to.”

In the end, Rabiei called on people to help the government in maintaining relative control of the disease. He asked people to observe personal hygiene and use masks to go ahead with smart social distancing protocols, especially in crowded places.