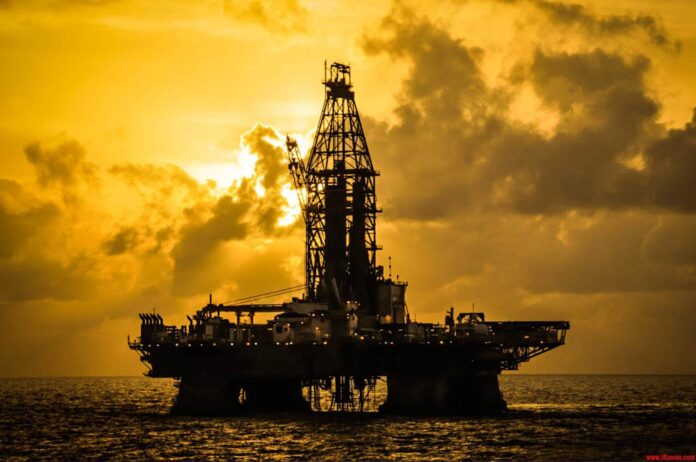 An analyst says recent developments indicate the world economy will no longer be dependent on oil revenues in the future.

The US light crude plunged to historical lows on Monday and dropped to below zero dollars for the first time ever. On that day, sellers of oil had to pay 40 dollars for each barrel of oil on the New York Mercantile Exchange (NYMEX) as the due date for oil sales had expired and refineries as well as oil tankers were refusing to accept any new oil shipments.

This came as the recent agreement by the OPEC Plus to curtail oil output by 10 million barrels per day had rekindled hope of reviving the market. Nevertheless, experts say given the record volumes of crude oil stored recently, there was no way to keep crude prices from nosediving. This might happen again as the outlook for the market is not so bright until the coronavirus pandemic is over.

To discuss that further, the Iranian newspaper Arman-e Melli (National Cause) has conducted an interview with Ali Shams Ardakani, a senior expert on energy markets. The full text of the interview follows.

On Monday, oil prices dropped to -$40 a barrel. It goes without saying that the coronavirus outbreak was the key contributor to this decline. But what happened on the market that pushed the price of the US light crude to the lowest ever in history?

First, one should bear in mind that the analysis of these circumstances require elaborate scientific discussions and that they cannot be evaluated bureaucratically. Joseph Schumpeter, the most influential economist of the 20th century, is of the conviction that bureaucrats always move behind the world of science; so, if we leave the management of the world or of countries to bureaucrats, the result will be something similar to a decision adopted by the Cabinet of the Prudence and Hope Government (the Rouhani administration) on April 12, 2020 whereby “The Executive Plan for the National Comprehensive Energy Program” was approved.

In this plan, some people have, in their imagination, drawn up a program, and some others, i.e., bureaucrats, have approved that program in their imagination. Of course, this was just an example to begin our main discussion. In order to answer the question asked above, I should say that the world is gradually passing the stage of internal combustion engines and petroleum-based fuels. Naturally, petrol and light diesel are the basic fuels needed by internal combustion engines. Accordingly, on can see numerous signs.

For instance, the German government has banned the production of diesel-powered vehicles automobiles this year. The Euro-5 diesel was mostly used by diesel-powered vehicles. One would get a feeling of dizziness once they pass by these vehicles. Therefore, not to mention issues related to the coronavirus pandemic, such issues have contributed to a drop in demand for crude oil as well. At this particular juncture, not only has the market been saturated, but also oil depots are filled to capacity and have no more room to store petroleum. That means someone who bought oil on NYMEX two or three months ago is no longer able to store that oil.

Even if they can find depots to store the oil, the storage of this volume of crude oil will not be profitable for them. Moreover, oil refineries and oil tankers give oil buyers some time to sell their oil on futures contracts. If buyers are unable to sell their petroleum until the due date, they have to take delivery of the oil shipment physically. Now, if these people do not have a place to store oil, and they do not in most cases, and if they fail to have customers on the market, like the current situation when there are few customers, then they will have to concede the contract. As a result, owners of oil consignments whose futures contracts were due on April 21, 2020, had no choice but to pay some people to take delivery of their shipments one day before the due date. Amid these developments, the price of oil saw a historical drop and slumped to -$40 per barrel. Even if such a thing had not happened, the stock exchange would have automatically revoked their possession of oil shipments and impose other penalties on them as well.

Now, there is no precise analysis of the situation on the oil market in the coming days. Some still optimistically speak of $100-per-barrel oil and another group believes the market situation will not improve that much even if the coronavirus outbreak is brought under control. What is your forecast of the market’s future?

Hopes of crude oil touching $100 per barrel is only a dream. Calm may return to the market by bringing the coronavirus outbreak under control, and prices may rebound if demand rises.

However, crude prices are unlikely to increase beyond $40 per barrel and see a great jump. Here, we can recall remarks by Adam Smith, the founding father of economics. He says the last unit produced in an industry is the key determiner of prices on the market. This comes as the last oil units produced over the past 15 years are related to shale oil.

Production of shale oil costs between $35 and $40. So, a rebound in prices would be related to the last unit produced, i.e., shale oil. This comes as Iran’s oil or West Texas Intermediate have a longer history on the market. So, those types of oil which have lower production costs are offered in larger volumes on the market. In fact, the assets that should have been channeled into energy industries in recent years were funneled into the production of shale oil. Naturally, the types of oil with high prices are not much attractive to investors and no one would put their money into it. So, other oil markets have no choice but to decrease prices in order to remain in the competition. So, we can no longer speak of 100-dollar-a-barrel oil or even prices close to that.

The US president has announced that it will consider a halt to oil imports from Saudi Arabia. If this happens, how will the market change?

Trump lacks any special status as a natural person or real entity to be able to influence the market. He talks a lot and no one buys his words anymore. The US president is mostly concerned about the millions of dollars that Saudi Sheikhs spend when on vacation in the United States.

How will the current trend of the oil market influence markets such as gold and forex markets?

The greenback owes its dominant position to oil. The dollar gained value after a rise in demand for crude. Although the greenback saw an upward trend yesterday, a drop in oil prices will lead to a fall in the value of the dollar as well. On the other hand, we should be expecting a rise in the price of gold.