Iranian newspaper headlines across the country on September 9

Most Iranian newspapers on Tuesday led on the successful surgery Supreme Leader of the Islamic Revolution Ayatollah Ali Khamenei underwent in Tehran the day before. Images of senior state officials paying bedside visits to him were splashed across their front pages. Comments by Iran’s deputy foreign minister on nuclear talks also generated headlines. “We are having good interactions with the Americans at the negotiating table,” one headline read. Also drawing attention were the interior minister’s remarks that Iranian security forces are well aware of plots by IS to mount attacks on regional countries, including Iran, and that Tehran is ready to nip any such scheme in the bud. And finally, news about the meetings the visiting Danish foreign minister had in Tehran with some senior officials, including the chairman of the Expediency Council, was on the front pages of some dailies.

Ebtekar dedicated its front-page headline to the use of anti-Internet filtering software and said based on the stats released by the Center for Research at the Ministry of Youth and Sports, 69 percent of Iranian youth use software to bypass filtering.

Ebtekar: “A Tangled Knot in Kabul” is another headline the daily carries, implying that talks between Afghanistan’s rival presidential candidates still remain inconclusive.

Ebtekar: “A bizarre about-face by Ahmadinejad on the State Expediency Council” is the headline of a piece by the newspaper to shed light on a shift of stance by the former president toward the council. In light of the fact that the former president is likely to run for parliament, the daily argues, Ahmadinejad, who used to boycott the meetings of the council, attends them regularly to quell accusations that he is arrogant and does not pay attention to the viewpoints of others.

Ebtekar: “Bedside visit to the Supreme Leader by senior statesmen of the establishment” is the title of a story which covers the successful surgery the Leader underwent on September 8 and the satisfaction his medical team expressed with the operation. 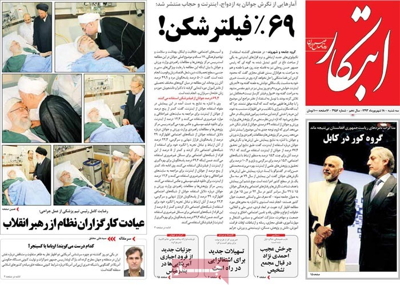 Ettela’at quoted the deputy oil minster as saying that expansion of oil cooperation between Iran, China, and Russia is around the corner. 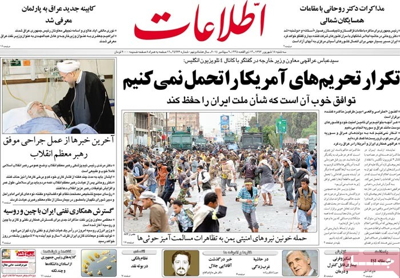 Tafahom ran a headline on President Hassan Rouhani’s 5-day tour of Kazakhstan and Tajikistan, among other things, to attend a Shanghai Cooperation Organization summit. 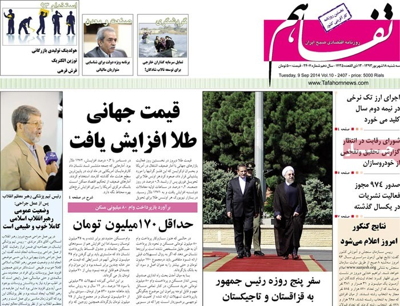 Javan also highlights the figures released by the Center for Research and Strategic Studies and puts “Only 10 percent of the youth use the Internet for research” as its front-page headline. Hemayat: Three Iranian volleyball players are on the list of the most valuable players of the 2014 FIVB Men’s World Championship. 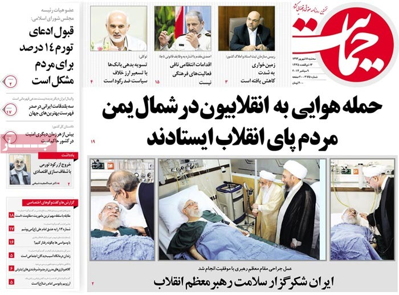 Farhikhtegan: “Three requirements to fight terrorism” covers the meeting between Chairman of the Expediency Council Akbar Hashemi Rafsanjani and the Danish foreign minister during which Hashemi said honesty, bravery and elimination of double standards are central to efforts to the fight against terror. 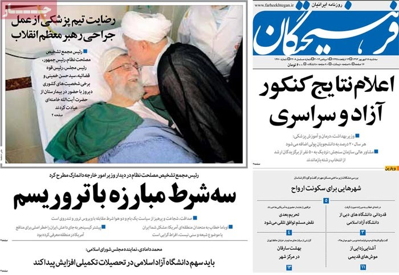 Kar va Kargar reports that a first case of cholera has been spotted in the capital, Tehran. 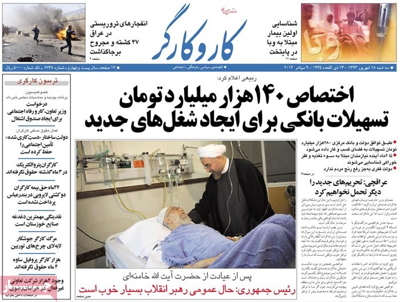 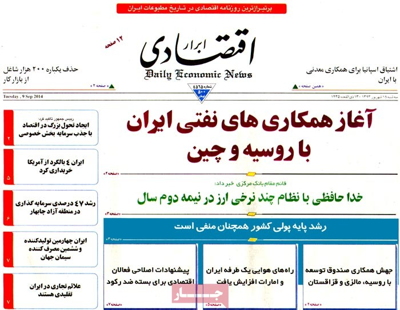 Asrar quoted the Commander of Khatam ol-Anbia Air Defense Base Brigadier General Farzad Esmaili as saying that jets were scrambled as a NATO plane entered the country’s airspace after providing false information to Iranian aviation officials. The plane was escorted to an airport in the southern Iranian city of Bandar Abbas.

Asrar: “The country is in a good condition as far as security is concerned,” said the Iranian Prosecutor General.

Another headline of Asrar read, “Likelihood of the death penalty for Mohamed Morsi [the ousted Egyptian president].” 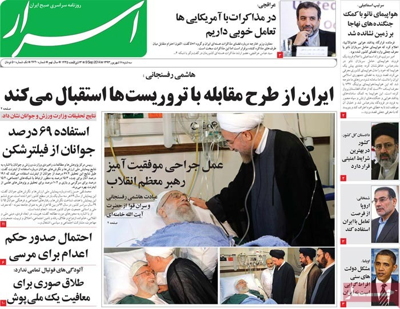 Etemad: “To address the violation of the Islamic dress code, disciplinary measures should not be the first priority,” said Police ChiefBrigadier General Esmail Ahmadi Moghaddam. His comments came after President Rouhani advised against the exertion of pressureto prevent such violations.

In another news piece, Etemad refers to a recent decision by the government to replace jail terms with community service. 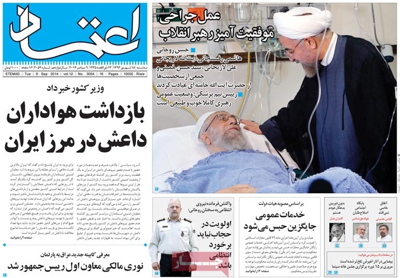 Ta’adol: “A halt in the fall of stocks” is the headline of a story that says the weeklong freefall of the index of the Tehran Stock Exchange has stopped. 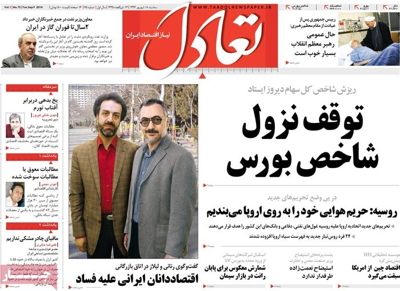 Jomhouri Islami quoted President Rouhani during a visit to Kazakhstan as saying, “The railway connecting Iran to Turkmenistan and Kazakhstan will open by yearend [March 21, 2015].” Shahrvand quoted the director of the Research Center for HIV as saying, “Transmission of HIV by sexual contact is on the rise.” 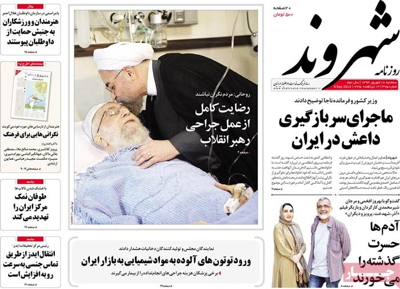 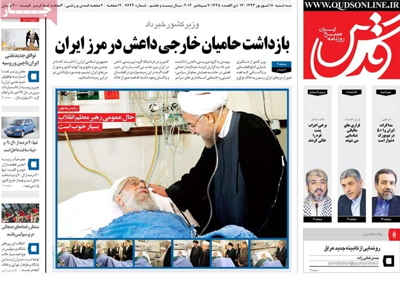 Kaenat reports that 250,000 university seats will remain vacant. It came after the results of the nationwide university entrance exam were released. 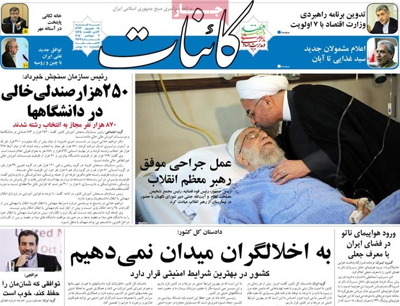 Hadaf va Eghtesad filed the comments of the deputy governor of the Central Bank of Iran under the following headline: “The foreign currency market is now stable.” 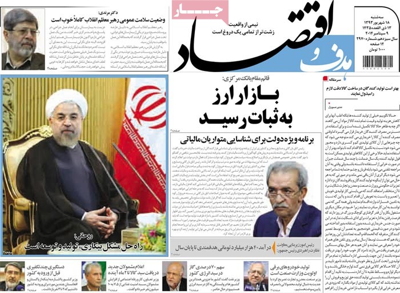