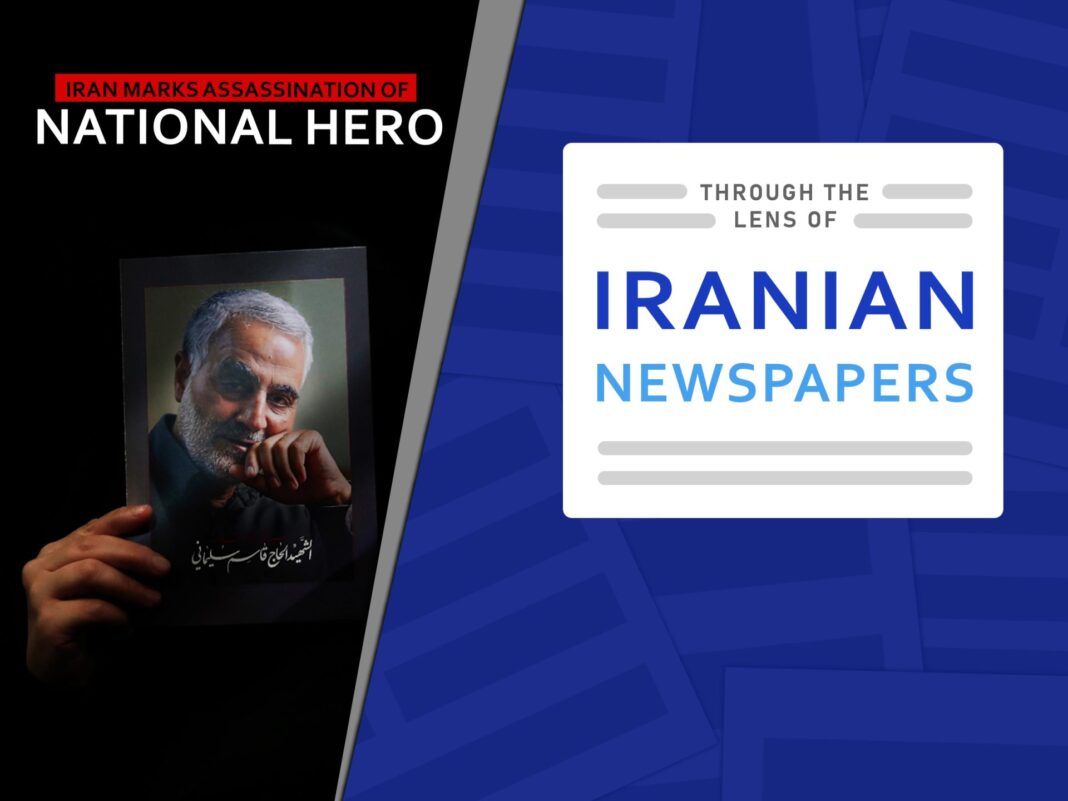 On the second anniversary of the US assassination of Qassem Soleimani, the Iranian media have praised his role in fighting terror and restoring peace to the region.

1. Leader: Martyr Soleimani was, and has been the most iconic figure both nationwide and across the Muslim world.

1. The loss of “Haj Qassem” during people’s tough days

2. Following in the footsteps of Soleimani amounts to taking action to solve problems

1. Islamic Revolution Leader: Haj Qassem proved that one can be the most iconic figure across the nation and at the same time the most popular.

1. Baghdad mourning the loss of the general and jubilant over the pullout of foreign forces

1. Leader: Martyr Soleimani is the symbol of hope and self-confidence and holds the secret to resistance and victory.

1. Soleimani’s attributes as described by the Leader: The hero of bravery and rationalism

1. Leader in a meeting with martyred general Soleimani’s family: They are even afraid of Haj Qassem’s name and picture

2. Head of the instructors’ community of the Qom Islamic Seminary School: Soleimani and Mesbah were guardians of borders of intellectual geography.

1. Leader: The resistance front is vibrant today thanks to his sacrifices

2. The value of acting in faith in Soleimani’s school of thought

1. Leader: ‘Martyr’ Soleimani is more dangerous to his enemies than ‘general’ Soleimani 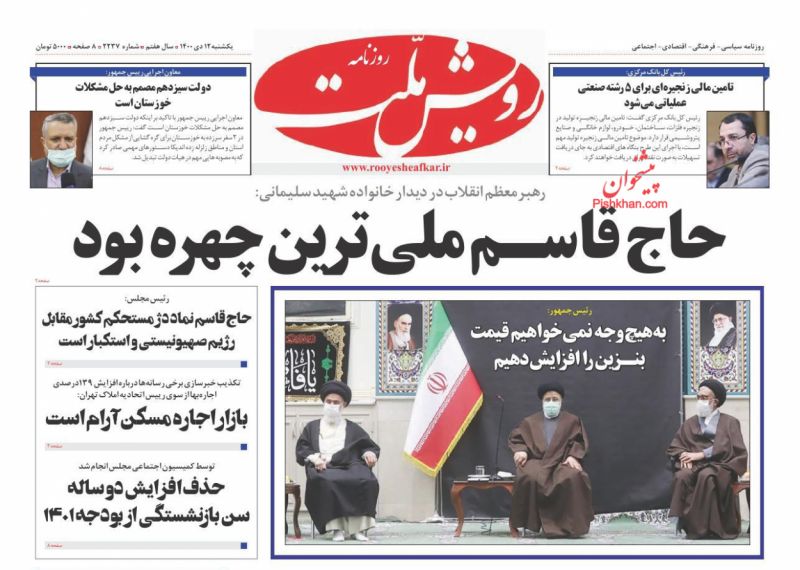 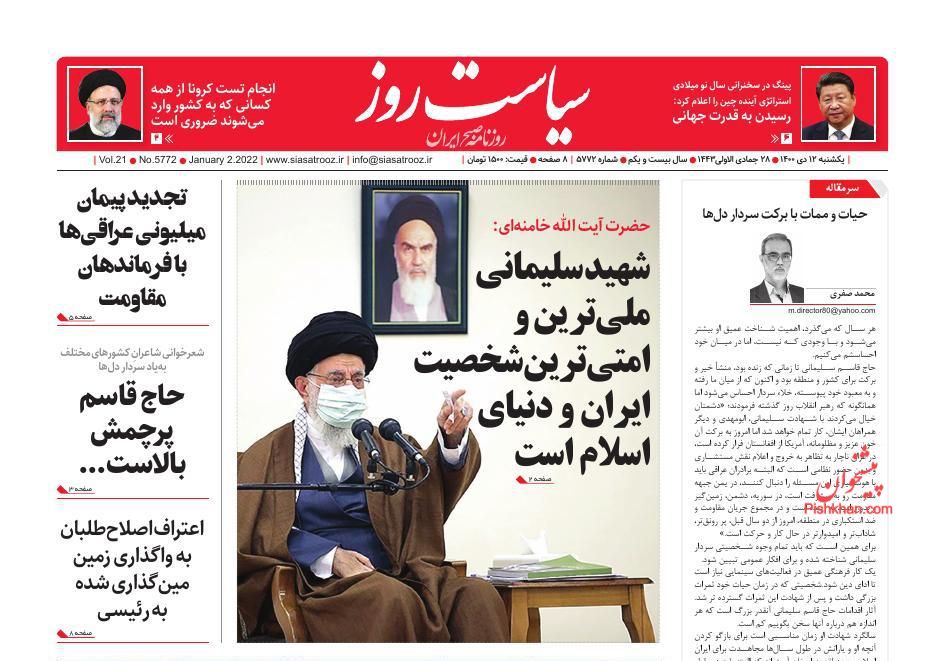 1.Leader: General Soleimani is a symbol of hope and holds the secret to resistance and victory in our region

2. Iraqis to avenge the blood of martyrs of the resistance front

3. Salar Aghili, after his performance at a ceremony by Hamas in commemoration of general Soleimani: I sang for national heroes