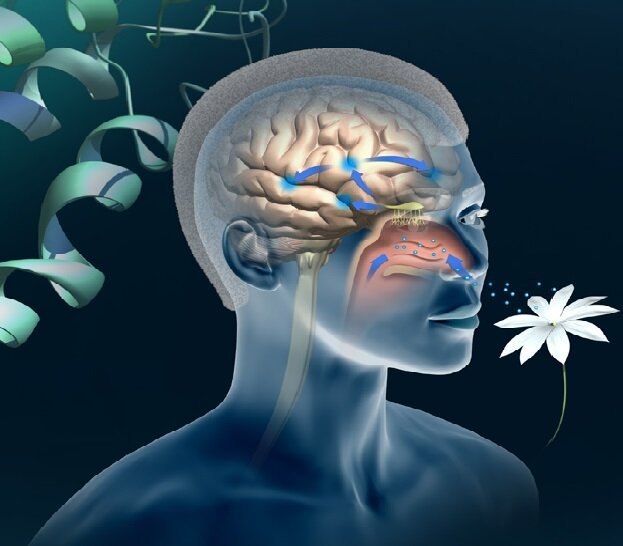 The latest findings by researchers at Tehran University of Medical Sciences confirm that decreased sense of smell is one of the symptoms of dementia and that olfactory testing can be effective in early detection of the onset of Alzheimer's disease.

Dr Azadeh Sadat Zendehbad, an elderly medicine specialist and a researcher in the study of the relationship between olfactory sense and dementia, explained in an interview with ISNA that “Alzheimer’s sufferers suffer from an olfactory disorder before any other clinical symptoms appear.”

Therefore, simple olfactory tests can predict to some extent whether a middle-aged or elderly person is at risk for Alzheimer’s disease.

“The most reliable smell test in the world is the UPSIT which is carried out at Pennsylvania University. This smell test in Iran has been standardised by a medical engineering team in accordance with Iranian culture,” she added.

This study was performed on patients at two clinics of cognition of memory disorders in Tehran in three groups of “control”, “mild cognitive impairment” and “Alzheimer’s”.

“Then, to evaluate the olfactory function of the subjects, we used two aromas in the Iranian Smell Identification Test which is an Iranian version of the University of Pennsylvania’s UPSIT,” noted Zendehbad.

The results of this study showed that the Iranian Smell Identification Test as a very simple, inexpensive and accessible screening tool, along with other neuroecological and imaging tools, can detect Alzheimer’s in early stages.

In fact, the olfactory test for Alzheimer’s diagnosis is the cheapest, safest and most accessible means of diagnosing Alzheimer’s very quickly.

The results of the study were published in the January 2020 issue of the Applied Neuropsychology: Adult journal.

Earlier, some researchers from Tehran’s Amirkabir University of Technology based on 24 types of smell familiar in the culture of the country presented a smell assessment test for the Iranian people. It can detect the status of olfactory disorder in less than a minute.

This finding prompted researchers at Tehran University of Medical Sciences to use it in diagnosing dementia.

“So, the national olfactory test is not valid for other geographical areas and we have conducted studies to design a native olfactory test in the country,” she went on to say.

Taherkhani also added that the test is done by a simple kit. “In this test we expose patients to a series of odors and based on the responses received from the patient, we can assess the status of the olfactory disorder.”

According to her, the test can be performed in less than a minute, easily and with a low cost.