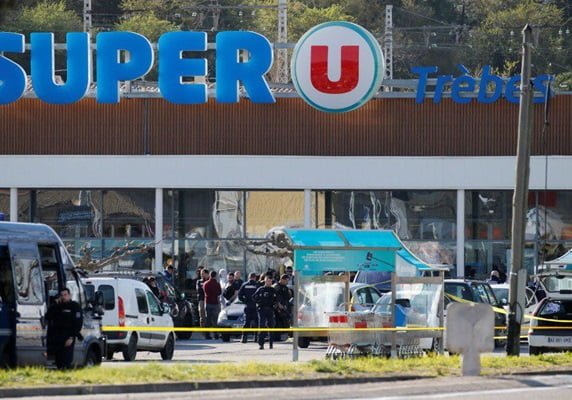 In a Saturday statement, Bahram Qassemi condemned the acts of terror in the French city of Trebes, the city of Lashkargah in Afghanistan’s Helmand province, and the Egyptian coastal city of Alexandria, expressing condolences to the families of the victims.

Qassemi said the geographical dispersion of the incidents shows terrorism is a global scourge and has a global solution.

“The only way to eradicate this global threat is to counter the key sources of ideological, financial and logistical support for terrorism,” the spokesman said.

At least four people were killed and 16 wounded at a hostage-taking incident at a supermarket in Trebes on Friday.The incident happenedwhen a man claiming allegiance to the ISIS terror group entered the supermarket at around 11.15 amand shots were heard.

In another incident, at least 14 people were killed and dozens wounded when a car bomb went off near a sports facility inLashkargah. It happened close to a stadium where a wrestling match was taking place.

Also, an explosion in Alexandria left at least two people dead and four wounded. The blast described by authorities as an assassination attempt occurred near the motorcade of a top security official.