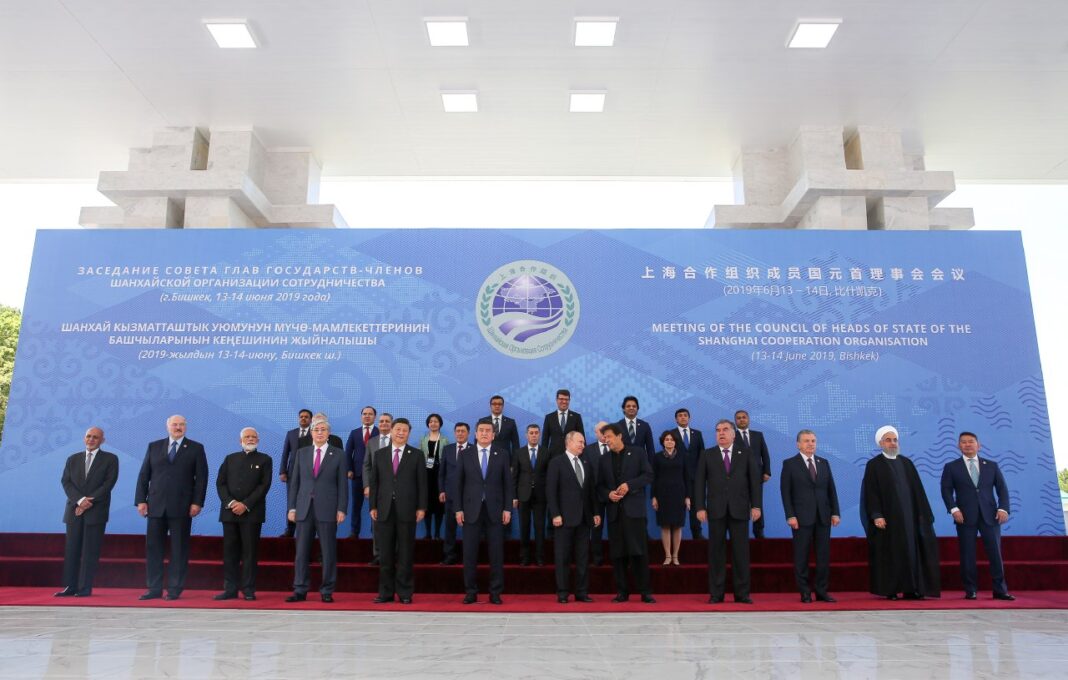 In an address to the SCO Summit in Bishkek, Iranian President Hassan Rouhani has called on the international community to stand up against the Trump administration's policies, which he describes as a serious threat to the world.

Speaking on Friday at the Meeting of the Council of Heads of States of the Shanghai Cooperation Organisation, President Rouhani stressed that “for the past two years, the US government has used its economic, financial and military power through an aggressive approach to disrupt all international structures and regulations, which has turned him into a serious threat for the stability of the region and the world”.

The full text of President Hassan Rouhani’s speech is as follows:

At the outset, I would like to express my thanks to His Excellency Mr Sooronbay Jeenbekov, the Honourable President of Kyrgyzstan, for hosting this summit. I am also pleased that I had the opportunity to attend the SCO Summit once again.

The 19th Summit of the Shanghai Cooperation Organisation is being held at the time when the international community is facing unprecedented challenges and problems. Terrorism, in its different types, extremism, unilateralism and interference of extra-regional countries in the affairs of other regions and interference in the internal affairs of other countries have put the international community in a grave situation; a situation that can pose a threat to the stability, security and interests of all countries around the world.

Our surrounding regions are facing a series of crises that have put these regions in critical condition through eliminating the countries’ basic infrastructure and reproducing insecurity. On the other hand, over the past two years, the US government has used all its economic, financial and military capabilities to disrupt all international structures and regulations by adopting an aggressive approach, turning it into a serious threat to the stability of the region and the world.

All nations and governments, regardless of their beliefs and cultures, seek their welfare, development, freedom and rights; and by protecting their religious, moral and national values, they want to stand up against the common enemies of humanity with each other’s help. Today, we all have to be united from the East to the West against the danger of extremis; because extremism threatens development, peace and security of the world. It does not matter whether we are Muslim, Christian, Jewish, Buddhist or following any other religion; what matters is to be united against extremism of any colour, race or religion. We fought ISIS in Iraq and Syria because we thought it was an extremist and inhumane interpretation of religion against humanity, and we did not hesitate to defend the non-Muslim citizens of these countries. We oppose Zionism because we consider it to be a deviant ideology in the Jewish religion, which is in conflict with human values.

We have fought for peace in Iraq and Syria. In Afghanistan, we have played a constructive role in cooperation with the United Nations in fighting extremism, and we have not hesitated to try to bring peace to Yemen. We have always been open to bilateral and regional dialogues with all our neighbours, and even for the Palestinian issue, we have presented a democratic approach of turning to public opinion. We do not intend to throw any nation into the sea and drown them.

Iran has a special cultural and historical place throughout Asia. The bonds between Iran, Central Asia and the subcontinent are indissoluble; Iranian poets and writers have found their way into the hearts of your people, and the Persian language is wide-spread throughout the cultural geography of this region.

The Islamic Republic of Iran believes that today, the international community has been challenged more than ever by the issue of unilateralism, and the problems and complexities of today’s world, especially terrorism, extremism and drug trafficking, have made multilateralism a necessity.

The Joint Comprehensive Plan of Action (JCPOA) is an important achievement of multilateral diplomacy, which has proven that if there is a political will, it will be possible to resolve any problem through dialogue and compromise rather than boycotting and waging war. Based on the 15 reports by the International Atomic Energy Agency (IAEA), the Islamic Republic of Iran has complied with all its obligations, but unfortunately, the United States unilaterally withdrew from the JCPOA, threatening other parties and countries to violate the United Nations Security Council Resolution 2231, which calls for normal trade relations with Iran.

The Islamic Republic of Iran is a country with an exceptional geographic and strategic location that is very rich in energy and mineral resources, and is located in the junction of commercial corridors from East to West and from North to South. These features, along with its sustainable security and educated human resources, offer countless opportunities to investors and traders of the Shanghai Cooperation Organisation member states, taking advantage of which can provide an economic boost in the economic sectors of the member states. The Government of the Islamic Republic of Iran is prepared to provide all facilities for the economic activities of the governments, companies and citizens of the SCO member states in Iran.

At the end, I would like to thank the hospitality of the distinguished host once again, and wish the government and the people of Kyrgyzstan prosperity and felicity.