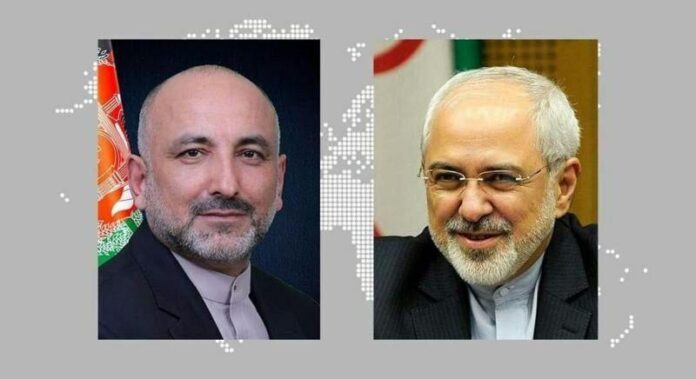 The Islamic Republic of Iran and Afghanistan have agreed to launch joint investigation into the death of a number of Afghan nationals near the border with Iran.

Iran’s Foreign Minister Mohammad Javad Zarif and his Afghan counterpart Mohammad Hanif Atmar have discussed the drowning of a number of Afghan migrants in the Harirud River near Iran’s northeastern borders.

In a telephone conversation on Sunday night, Zarif gave an assurance that an Iranian team will investigate the incident, adding they will soon begin their job at the scene.

For his part, Atmar said the Afghan government has deployed a delegation to Herat province to probe into the incident underlining that the team has already begun its investigations there.

Both sides also agreed that, if necessary, a joint delegation hold a joint meeting at the border, or in the cities of Mashhad and Herat, according to a statement by the Afghan Ministry of Foreign Affairs.

Afghanistan claims Iranian border guards have tortured and thrown a number of Afghans into Harirud River to prevent their entry into the Islamic Republic.

The governor of Gulran district Abdul Ghani Noori says out of 55 Afghan migrants who were forced into the river, 18 bodies have been recovered so far. He said six migrants were still missing while others survived.

Iranian officials, however, have dismissed the claims, saying the incident occurred inside Afghanistan’s territory.

Nearly three million Afghan refugees are living and working in Iran. Tens of thousands returned to Afghanistan after the coronavirus pandemic, but as restrictions ease in Iran, many are again looking for jobs in the country.