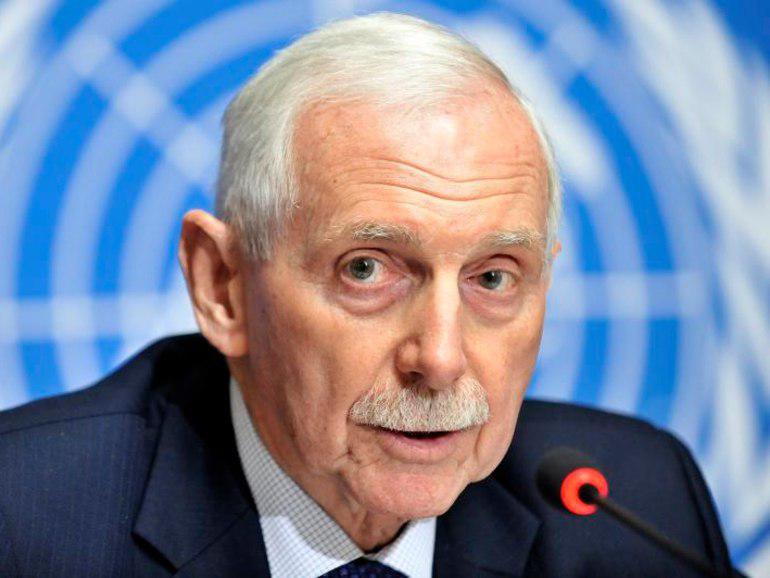 Director General of the International Organization for Migration (IOM) William Lacy Swing, has commended Iran for its long-term hospitality towards refugees, particularly the Afghan population.

In a Wednesday meeting with Iran’s Deputy Foreign Minister for Legal and International Affairs Abbas Araqchi in Tehran, the director general of the IOM extended his condolences to the families of the victims of the latest earthquake which shattered western Iran.

He also praised Iran’s long-term hospitality towards Afghan refugees, particularly the order by Iran’s leader to facilitate the education of illegal refugees’ children in Iran.

He outlined the main measures adopted by the organization to contribute to efforts to voluntarily return Afghan refugees to their country and said the IMO is ready to establish further cooperation with the Islamic Republic of Iran within joint migration policies between the two sides.

Araqchi, for his part, referred to the long-time hospitality of the Islamic Republic towards the multi-million population of Afghan refugees and nationals in Iran, saying the hospitality has had economic and non-economic impacts on the country.

He also cited the program to voluntarily return the Afghan refugees to their country as one of the main policies of the Islamic Republic of Iran.

“Despite the high costs of the hospitality, the Islamic Republic has stuck to its humanitarian commitments and provided the children of the illegal Afghan refugees in Iran with the opportunity to receive education in the Iranian schools at the order of the Leader of the Islamic Revolution,” he noted.

The Iranian diplomat also called on the international community to contribute to efforts to promote the internal conditions of Afghanistan particularly its economic situation and pave the way for the Afghan refugees to return to their homeland.

“International organizations including IOM can enable the Afghan refugees to return to their country through launching various projects for them.”

Araqchi also stressed Iran attaches great importance to the security and progress of Afghanistan, adding Tehran is prepared to cooperate with the international community to achieve the goal.