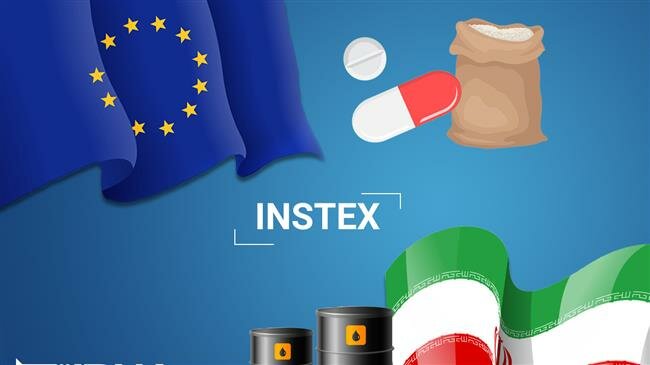 Europe seems to be using INSTEX  as a tool to prevent the total collapse of the Iran nuclear deal and to maintain its independence against the US, but is that the whole story?

The German Foreign Ministry has, in a message, announced the shipment of the first consignment to Iran within the framework of the Instrument in Support of Trade Exchanges (INSTEX), a European special-purpose vehicle (SPV) for conducting trade with Iran.

The message published on Twitter reads that France, Germany and Britain confirm that INSTEX successfully conducted its first truncation and facilitated exports of medical supplies from Europe to Iran. The message also reads that INSTEX and its Iranian counterpart will cooperate to conduct more transactions and boost this mechanism.

Last December, France, Germany and the UK, the three European state signatories to the Iran nuclear deal known as the Joint Comprehensive Plan of Action (JCPOA), welcomed six other European countries (Belgium, Denmark, Finland, the Netherlands, Norway and Sweden) joining INSTEX, a financial mechanism established in order to cushion the effects of US sanctions against Iran and open a trade channel with the Islamic Republic.

At the same time, in a joint press briefing with Iranian Deputy Foreign Minister Abbas Araqchi, the Chinese deputy foreign minister asked the Europeans to speed up the implementation of INSTEX.

It is said that with INSTEX going into force, all European countries can use it for financial transactions with Iran.

INSTEX stands for the Instrument in Support of Trade Exchanges. It was registered in Paris within the framework of French laws. In addition to France, Germany and Britain, too, are its main shareholders. However, other countries, whether in Europe or elsewhere, such as China and Russia, can join it as well.

Last year, the remaining signatories to the JCPOA agreed to establish the channel for financial transactions with Iran in order to urge Iran to remain in the JCPOA and make it possible for the Islamic Republic to reap the economic benefits of the lifting of sanctions.

The foreign ministers of Germany, Britain, China, Russia and France along with the European foreign policy chief, who had travelled to New York in September to attend the UN General Assembly meeting, announced their decision to establish such a special financial channel aimed at neutralizing US sanctions against Iran.

A joint statement by Iran’s partners in the JCPOA says that given the urgency and necessity of reaching tangible results, delegates to the meeting welcomed practical proposals to continue and develop channels for financial payment to Iran, especially to establish a special-purpose vehicle (SPV) aimed at facilitating payments related to Iran, namely those pertinent to oil exports.

Last month, the New York Times published an opinion piece by a German journalist, who described INSTEX as an example of Europe’s futile attempts to achieve strategic independence from the US.

Back in January 2019, Germany, France and Britain established a special financial mechanism to continue trade with Iran. Now, one year on since the establishment of this mechanism called INSTEX, the German Foreign Ministry has announced that the first deal has been conducted with Iran through that channel.

German officials have put the volume of that trade deal at less than one million Euros, and at the same time emphasized that the trade transaction is not in contravention of US sanctions as the commodities exported to Iran are medical supplies produced by a German company.

Moreover, the names of this company and other firms exporting goods to Iran are supposed to remain completely confidential and regarded as a state secret, like the names of banks working with INSTEX. Companies may be subjected to Washington’s punitive measures for working with INSTEX. At the same time, still no deal has been specified for the import of Iranian goods into Europe as stipulated in INSTEX.

The New York Times article says Europe has, after all these years, launched a mechanism to covertly send to Iran humanitarian aid worth less than one million Euros.

Since US President Donald Trump withdrew from the JCPOA in May 2018, European countries have been trying to preserve the nuclear deal. The agreement was signed by Iran, the United States, France, Germany, Britain, France, China and Russia. Under the deal, Iran agreed to stop the development of its nuclear program in return for the lifting of economic sanctions.

Despite being insured by the International Atomic Energy Agency (IAEA) that Iran has remained committed to its obligations, Trump pulled out of the JCPOA and reinstated US sanctions against Iran, including the secondary sanctions. The secondary sanctions not only ban American companies and citizens from doing trade with Iran, but affects foreign companies and individuals conducting deals with Iran.

Trump’s withdrawal from the JCPOA was a U-turn in Washington’s foreign policy. Unlike its European allies, the White House turned to the “maximum pressure” policy against Iran, and at the same time, it turned out that from Washington’s point of view, Europe was standing in the wrong place.

For the European signatories to the JCPOA, the deal turned into a major strategic challenge after the US new foreign policy. The countries, including, Germany, had promised Iran that they would live up to their commitments with regards to continuing trade with Iran. Nevertheless, Europe is facing a very tough situation for making good on its obligations.

European companies’ misgivings over losing the US market are not the only reason behind the effectiveness of the United States’ secondary sanctions. Rather, it is the power of the greenback and the Untied States’ ability to control financial systems which have paralyzed trade with Iran.

By having launched its special financial mechanism, Europe wants to prevent direct payment of money in trade deals between European and Iranian firms. The value of these deals is registered in INSTEX, and the European Union becomes the exporting or importing side.

This mechanism seems fine in theory and on paper, but it is very complicated in practice. Berlin has confessed that it would be very difficult, in practice, for parties to deals with Iran to remain anonymous.

The New York Times further refers to an order by Trump to assassinate General Qassem Soleimani, the commander of the Quds Force of Iran’s Islamic Revolution Guards Corps (IRGC), saying Europe is completely incapacitated vis-à-vis Trump’s foreign policy and has no say. Many European experts believe the decision to kill Soleimani was a high-risk one and could have triggered another war.

A Ploy to Keep Iran in Playing Field

Although Iran’s basic demand is to be able to continue its oil exports, this demand has not been met so far. Accordingly, Iranian officials have, time and again, expressed their discontent with Europe’s failure deliver on their commitments under the JCPOA. Still, Brussels still seeks to keep Iran in the playing field by making convincing and interesting statements.

If the JCPOA had gone as planned, it would have had economic benefits for Iran. However, Washington’s breach of promises and Europe’s indecisiveness deprived Iran of these benefits; hence, it began to scale down its obligations under the JCPOA.

It seems that Europe is using INSTEX as a ploy to prevent the total collapse of the JCPOA and limiting Tehran’s development of its nuclear activities and knowhow. So, news is likely to be published in the future on trade deals worth less than a million Euros, which will be aggrandized by European officials and media. However, what is certain is that such a level of trade neither fulfils Iran’s interests nor is a way for Europe’s independence from the US.