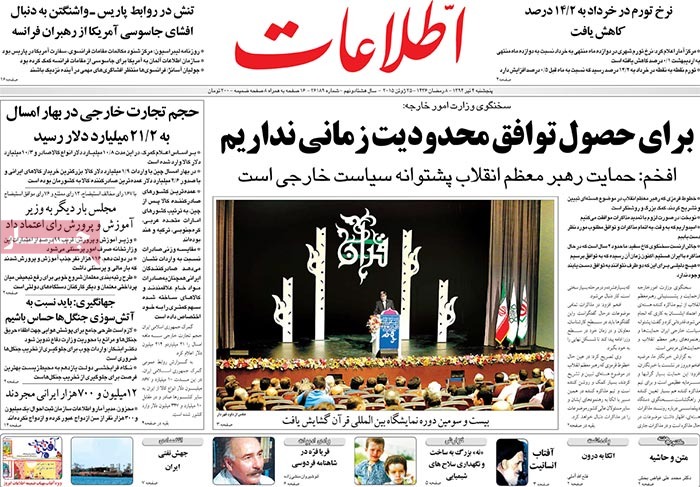 A special look at the headlines Ettela’at newspaper covered on June 25.

♦ Following revelations [by WikiLeaks] that the US has spied on French leaders, relations between Paris and Washington have been strained.

The founder of the whistleblower website has said that the French should wait for more important revelations in the future.

During the three-month period, Iran exported $10.8 billion in various goods and imported $10.3 billion.

♦ Parliament has given another vote of confidence to the education minister.

In his speech before parliament, Ali Asghar Fani said that the bulk of his ministry’s budget goes to personnel affairs, blaming the large number of employees hired when the 10th government was in office.

♦ The first vice-president has urged officials to be more sensitive to bushfires.

His comments came as the director of the Environment Protection Organization said to prevent the destruction of forests, imports of timber is a necessity.

♦ Some 12.7 million Iranians are single.

An official with the National Organization for Civil Registration has said that some 1.2 million individuals have passed the age of marriage and [are unlikely to get married ever].