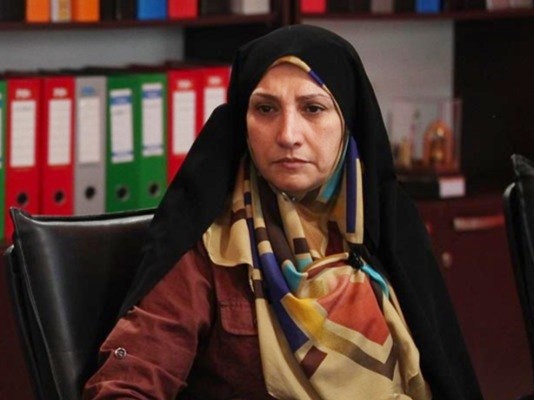 An Iranian women rights activist hailed a recent bill passed by the Parliament to ensure gender equality in the country, and highlighted the key role such equality plays in national security.

Amid all the agreements and disagreements over the issue of gender equality — also called sex equality or gender egalitarianism — in the Iranian Parliament, the lawmakers eventually approved the article 116 of the Sixth Five-Year Economic Development Plan (2016-21) bill.

According to a Farsi report by Khabar Online News Agency, the newly passed law requires all administrative agencies and organizations to adopt an approach in concordance with gender equality based on the Islamic principles.

The topic has also been underlined by Iranian women rights activists, stressing that guaranteeing gender equality in the Iranian society is in the interest of women in Iran and the world.

What follows is a review of the article 116, ratified by the Iranian Parliament:

It is stipulated in the article 116 of the bill that:

All administrative agencies are required to adopt an approach based on gender equality in formulating their policies and plans based on the Islamic principles and evaluate the impacts of the decisions they take within the framework of this issue and based on the indices of the National Women and Family Headquarters, within the framework of the general family policies. This is aimed at accomplishing the objectives specified in the principles 10, 20 and 21 of Iran’s Constitution and achieving the targets set by the Vision 2025 as well as the general policies of the sixth plan on family, which encourage reinforcement of the foundations of family, as a separate entity, improvement of women’s status in the family, advocating women’s legal and religious rights in all social arenas, paying special attention to women’s constructive role in the society and making optimum use of women in the society, as a valuable human capital.

These measures, aimed at raising the organizational status of the affairs pertaining to women and family in administrative agencies and organizations, are required to be taken to accelerate the country’s sustainable and balanced development.

Note 1: The Women Affairs Department of Iran’s Presidential Office is required to constantly evaluate and adjust the policies and plans of all administrative agencies and organizations, continuously supervise changes in women and family indices and submit an annual report on them to Iran’s cabinet.

Note 2: As per the joint proposal introduced by Iran’s Presidential Office, the Women Affairs Department, and other affiliated administrative agencies, the executive by-law of the article will be approved by the cabinet six months after the ratification of the law pertaining to gender equality.

The by-law includes the method for implementing the approved law, strategies for supervising and monitoring the indices, a list of the responsibilities and obligations of the administrative agencies and organizations to improve the indices.

Here are excerpts from Khabar Online’s interview with Zahra Nejad-Bahram, a women rights activist, to shed further light on the issue:

Q: What is your take on the issue of gender equality as an expert and researcher on women issues? To what extent can the newly passed law improve women’s condition in Iran?

A: The ratification of this law was a very clever and blessed move. We are waiting for the esteemed members of Iran’s Guardian Council to approve the law. The importance of the issue lies in the fact that lawmakers ratified the article with 162 votes in favour, 22 opposed and only six abstentions. This indicates that the Iranian society has recognized the importance of this historic necessity for the country.

Q: Why do you call it a necessity?

A: Because we claim that, in light of our deep Islamic teachings, we can meet all the needs that the international community has failed to address by means of its laws and regulations. Currently, women are faced with a host of problems worldwide, suffering from inequalities in income as well as legal, social and family rights. Putting aside extremist views, we can offer the world solutions to guarantee equality for women. Iran presented a gender equality doctrine in the Beijing meetings. The ratification of the bill by the Iranian Parliament is a fundamental strategy which indicates the country’s approach to human being and determination to remove inequalities in the world.

Q: To what extent do you think approving a bill aimed at reducing gender inequalities by the Iranian Parliament can bring about justice in the society in practice?

A: This is not a project to produce outcomes in the short-term. It will take time for such a theory to be put into practice. Nevertheless, it is of the utmost importance to develop our own doctrine in this regard. We were required to adopt our own approach to the issue and put forward a comprehensive solution to removing inequalities — not hidden from anyone — against women.

Although the ratification of this proposal, which received considerable attention from Iranian female MPs, was very heart-warming, we are required to acknowledge that this is just the beginning of a long process. This resolution is still only an instruction, the implementation of which requires collective efforts by all administrative agencies and organizations.

Providentially, the enactment of the bill showed that there is a collective will in Iran to address the issue. This will as well as the good rapport among Iranian statesmen and officials can help improve the performance of the legislative, judicial and executive branches of Iran’s government as well as nongovernmental agencies and organizations. Related indices have been compiled in this regard. In addition, plans have been worked out to achieve the goals pursued by the bill. We are upbeat to have the constant supervision of the Iranian Parliament over the enforcement of the law.

Q: The gender equality approach has also faced disagreements. What shall be done to settle them?

A: It is impossible to ignore inequalities and remain silent in the face of injustice. Can anybody overlook the fact that Iranian women are facing inequalities in their citizenship, social and legal rights as well as employment affairs? We are living in a country where Islam is the dominant religion. We believe in the principles and practices of our religion. Justice is one of the principles in Shiite Islam. Our religious teachings instruct us to bring about justice in the economic and social sectors of the society as well as gender-related issues.

As you know, cited and referred to in the bill are principles 10, 20 and 21 of Iran’s Constitution, the targets set by the Vision 2025 and the general policies of the sixth plan and family, which encourage reinforcement of the foundations of family as a separate entity and improvement of women’s status in the family. Therefore, it is highly recommended to refrain from politicizing women issues. Currently, we are required to ask ourselves what our commitments towards guaranteeing social justice in the country and the international community are and how we can fulfil them. Efforts to achieve greater gender equality will benefit both Iranian men and women and the people of the world. Gender equality is among the national interests and closely related to national security. Thus, as we unite together to safeguard our national interests, we are also required to join hands to ensure true gender equality in our society.