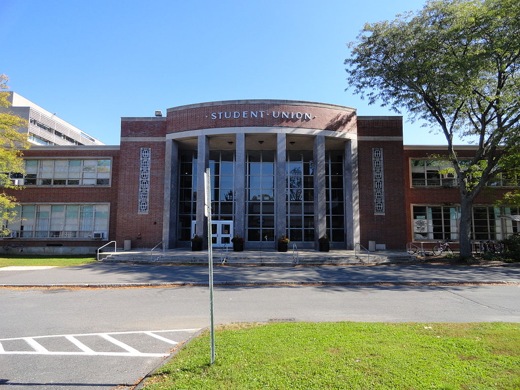 Many people on social networks believe that the decision is aimed at turning up the heat on Iran.

After the University of Massachusetts Amherst released a statement on its website, announcing that it no longer admits Iranian nationals into graduate programs, the university came under fire online for its new admission policy. The following is the translation of a report Etemad daily ran on February 15 on the controversial decision by Amherst:

Social networks are abuzz with reaction to the contentious decision of the University of Massachusetts Amherst to stop accepting Iranian students in chemical, computer, and mechanical engineering or the natural sciences, in what is being touted as a measure to avoid violating US sanctions against Iran.

In reaction to the move, a US State Department official said that the department was aware of news reports about the decision but that there had been no changes in federal policy regarding Iranian students and he could not say why UMass would change its policy.

Many believe that the decision is in line with imposing more sanctions and restrictions on Iran. After the news came out, a lot of people on social networks, especially on Twitter, lashed out at the university, saying that a lot of Iranians study and work in the US and have contributed to American society. They denounced the decision as absolutely outrageous.

Following the online backlash, the university statement was taken off its website. However when the university was contacted, its officials said their decision remained in effect.

In reaction to the move, Zohreh Tabibzadeh, an Iranian MP with a seat on parliament’s Education Committee, said, “By adopting such a policy, the university has violated all international protocols and the decision was in line with the policy of imposing more sanctions on Iran.”

What comes next is a number of comments posted on social networks in reaction to the move:

Leila, Twitter: Iranian students are among the best in the world. Universities go out of their way to have them in their ranks. This university cannot hamper the scientific progress of the Iranians.

Medi, Google+: The fact that sanctions are going to be eased has raised hopes among Iranian people, but such measures by the Americans create deeper distrust. Iranian university students are among the most valuable in the world.

Ramin, Twitter: It does not matter that this university no longer admits Iranian nationals. The Iranians can go wherever they want and achieve their goals. In this day and age, this kind of insulting behavior is nothing but a sign of backwardness.

Maryam, Facebook: What the university has done cannot sustain. Finally it will have to rectify this wrong decision. I hope the education for Iranian university students abroad will get easier rather than more difficult by the day.