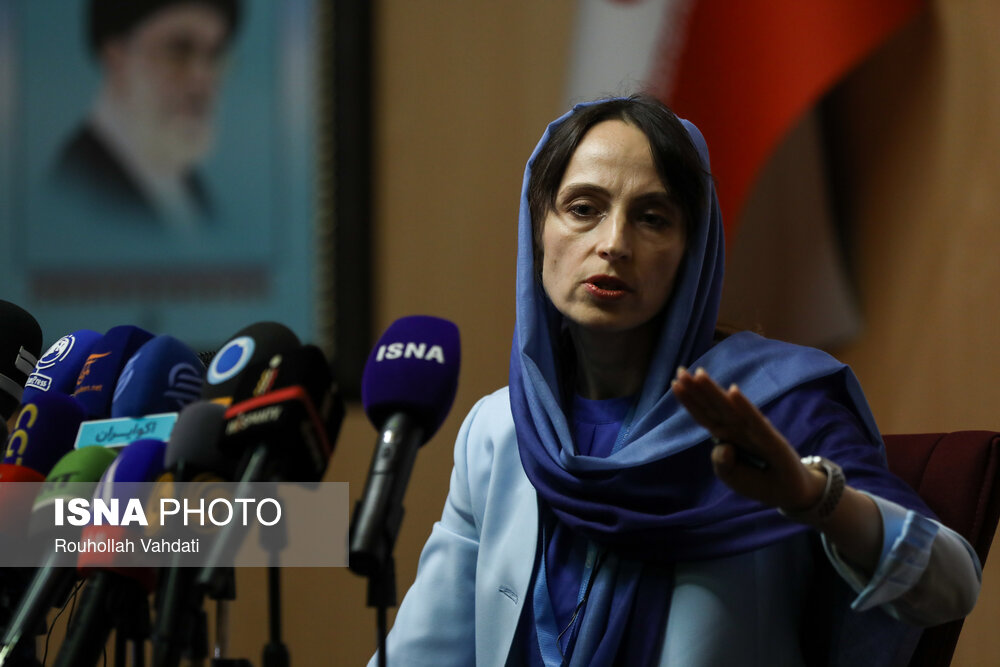 UN Special Rapporteur Alena Douhan has released the final report on her visit to Iran, criticizing sanctions on Iran and demanding the removal of all unilateral coercive measures (UCMs) against the country.

She then urged the UN to come up with required mechanisms to give reparations to victims of such acts.

Douhan paid an 11-day visit to Iran in May and met with human rights officials and members of nongovernmental organizations in the Islamic Republic.

“Since 1979, the US has imposed economic, trade and financial sanctions, with a comprehensive trade ban since 1995 and significant measures to isolate Iran from the international commercial and financial system… However, since the mid-2000s, a series of executive orders and specific laws have created a broad and complicated framework of prohibitions and bans, which intensified after 2010 and extended to the energy sector and other key economic sectors”, said the UN special rapporteur in her report.

Douhan also criticized sanctions on Iran by US allies, including the European Union, Australia, and Canada after 2010.

She said the use of such bans, secondary sanctions and over-compliance has an overall adverse effect on the broad spectrum of human rights, civil, political, economic, social and cultural, including the right to life and the right to development.

The UN official also touched on the medical ramifications of the US sanctions, saying, “Iran produces around 95% of its medicines and basic vaccines to mitigate the impact of unilateral sanctions, with good manufacturing and quality assurance systems but Iranian pharmaceutical companies have difficulty procuring raw materials and ingredients of necessary quality, with increased costs affecting purchases from abroad”.

The US has so far defied all calls to remove the unilateral anti-Iran sanctions, which it claims are not targeting ordinary Iranians.