Ex-President Khatami Calls on Nation to Vote in Iran Elections 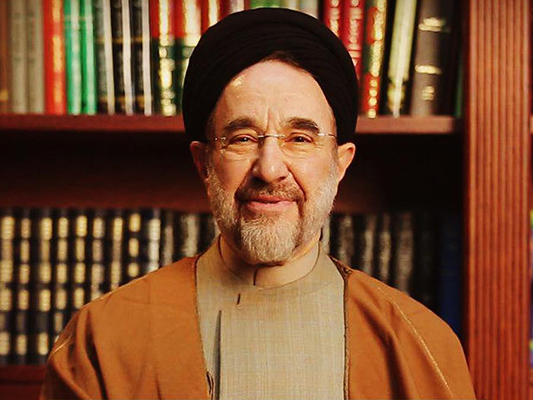 The former reformist president Seyyed Mohammad Khatami in a message invited the Iranian nation to cast their ballots on Friday, and threw his weight behind presidential candidate Hassan Rouhani, saying he has been successful in his first four-year term.

In a video message on Sunday, Khatami called on the Iranian nation and his supporters to vote in the country’s presidential and local elections due to be held on Friday, May 19.

He said both elections are important, and all people should cast their votes to enhance Iran’s national might, foil enemy plots, and resolve the country’s problems.

“All of us, from farmers, workers, employers, and craftsmen to intellectuals, artists, thinkers, and culture professionals, all men and women, should go to the ballot boxes and mark our destiny,” he noted.

He further endorsed the moderate presidential candidate Hassan Rouhani, and ‘testified’ that his government has been successful in the past four years.

“I’m familiar with people’s problems, and I believe great steps have been taken to resolve them,” Khatami said.

“We will vote for Rouhani for freedom of thought, logic in dialogue, law in practice, reclaiming citizens’ rights, and realizing social and economic justice in our society,” he added.