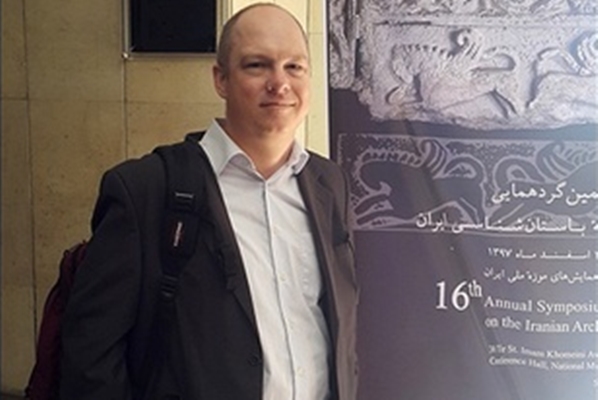 A Danish archaeologist says Europeans need to know more about Iran, as ancient sites in Iran symbolize some of the most significant turning points in history.

Tobias Richter, an Associate Professor at the Department of Cross-Cultural and Regional Studies at the University of Copenhagen, says Iran has the most significant ancient areas in the world.

“The areas symbolize some of the most important turning points in history. I personally prefer the ancient areas of the northwestern province of Kermanshah for research because Kermanshah is the first city in the world in which wild animals were domesticated,” he noted.

“In fact, the city was the first scene in the world on which humans and animals began to live together in peace,” he was quoted as saying in a report by ILNA.

He went on to say that most archaeologists are familiar with Iran’s ancient areas but there are still many things which they are not aware of. “Iran enjoys various capacities which should be presented to the whole world.”

In response to a question on whether or not efforts to internationally promote Iran’s archaeological attractions are enough, he said, “It is not easy to give a clear-cut answer to this question but as said earlier, Europeans need to know more about Iran.”

“In some areas, the efforts have been fruitful. But we need to give the youths more chances to gain experiences,” he added.

He went on to say that Iranians themselves should become more familiar with their history and ancient heritage and do more to preserve them.

“The historical and ancient findings of Iran should be shared with and presented to the whole world including Europeans to attract them. The move will expand mutual cultural exchanges in the world,” he noted.

Richter said more efforts needed to be done in promotion of Iran’s archaeological heritage and added there is no end to archaeological studies and Iran has many untapped capacities in this area.

He then referred to the studies he has conducted in Jordan, Turkey, Syria and Iran, and said he has begun to work on cultural commonalities between Iran and Jordan and published his findings in an academic article after finding new evidence on bread baking in Jordan.

The Danish professor then described Jordan as beautiful as Iran and said he has done various studies in the Arab country’s archaeological area.

Richter along with one of his colleagues visited Iran within a memorandum of understanding signed between the University of Razi from Iran and the University of Copenhagen from Denmark. The Danish archaeologists’ visits to Iran had decreased since late 1970s.

Richter and his colleague are working on Iranian agriculture during Neolithic era. He has already made various studies on Paleolithic and Neolithic eras in the Middle East in countries like Iran, Syria, Turkey and Jordan.