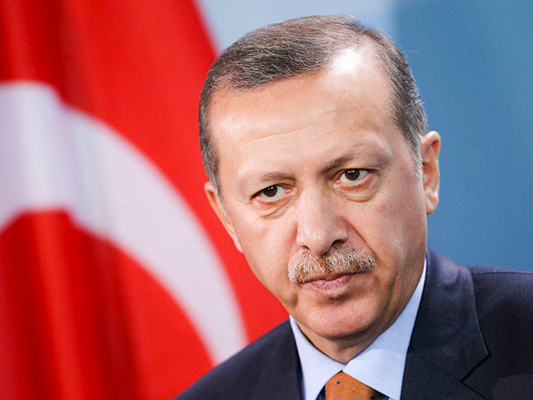 Erdogan may ratchet up his anti-Iran rhetoric and try to counter Tehran’s interests in the Middle East following his victory in the recent referendum, an Iranian newspaper reports.

The piece is as follows:

In recent months, Erdogan has made some strongly-worded comments about Iran and its alleged role in Middle East crises. Especially after his victory in a nationwide referendum on changing Turkey’s political system from parliamentary to a presidential one, Erdogan seems to be cherishing neo-Ottomanic ideas more than ever before.

In his thoughts, Erdogan has formed a dual-track mentality based on a Shiite-Sunni and Persian-Turk division, which could be compared to Ottomanic-Safavid rivalries over the past centuries.

A testament to that are Erdogan’s recent remarks after his victory in the plebiscite on constitutional reforms held on April 16, 2017. In his harshly-worded comments, the Turkish president once again leveled accusations against Iran. In an interview with Al Jazeera, he claimed Iran is pursuing a policy of expansionism and Persianism in the region, which, he said, runs counter to Islamic teachings. He said Islam invites Muslims to remain united, and added such behaviour and approaches “bother us.” Erdogan asked who the Popular Mobilization Forces (also known as al-Hashd al-Shaabi) in Iraq are, and who supports them. He claimed they are a terrorist group despite the fact that the Iraqi Parliament has approved them, and added one should note who the group’s supporters are. He further claimed, “Such behaviour annoys us. We are Muslims. Our religion is not ethnicity.”

He said Tehran and Ankara have age-old and historical relations, and “I wish our relations wouldn’t have got into the current situation.” The Turkish president claimed Iran has special plans for Syria, Iraq, Yemen and Lebanon and has entered those countries in order to establish a Persian powerbase there. This, he said, is very important and should be studied carefully. He said he hopes Iran will roll back its policy, and added Turkey wouldn’t like an Islamic country to be its enemy. Erdogan said “We should join hands and stand side by side and not show any bias toward religion.” He said “what brings us together is Islam, and this is something the Muslim world needs today.”

The tone of Erdogan’s comments clearly shows that at this juncture, he has found a good opportunity to express his neo-Ottomanic ideas and thoughts which conform to the principles of the Ottoman rule. Therefore, we can predict that Erdogan will, in the near future, ratchet up his criticism of, and harshly-worded comments against Iran. He will also step up his efforts to counter Iran’s interests in the Middle East and turn Turkey into a regional hegemon.