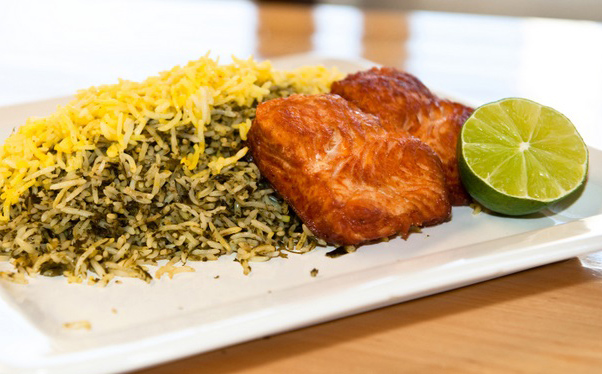 As a common practice among the people of different cultures or the first days of New Year, Iranians serve their traditional dishes, such as Sabzi Polo, on the initial days of Nowruz.

Annually on March 20 or 21, Iranian people celebrate the beginning of the Persian New Year, known as Nowruz. Just like other people around the world, people in Iran cook their own traditional foods, such as Sabzi Polo, to mark the arrival of spring and the beginning of their new year.

What follows is a brief look at Sabzi Polo Ba Mahi and the recipe and instructions for cooking it:

Nowruz’s National Dish
Sabzi Polo (a mixture of rice and chopped herbs) Ba [with] Mahi (fried fish) is the most popular dish among Iranians served on the eve or first day of Nowruz.

Why is Sabzi Polo Ba Mahi the Iranians’ main dish on the initial days of the New Year? If you look the question up on the Internet, you will be presented with a host of fascinating answers. Some believe that eating the food on the eve or first day of Nowruz is a tradition handed down from the time of King Jamshid – a mythological king of ancient Persian culture and tradition who saved mankind from a killing winter that was destined to kill every living creature, and some relate it to the story of prophet Solomon (PBUH), and the fish and discovering the truth.

A number of other people hold that eating rice and fish symbolizes prosperity and abundance in Iranians’ life and spread, respectively, and that Sabzi Polo is a symbol of the nature’s regeneration and renovation.

The truth is that these conjectures are not supported by strong evidence. Eating Sabzi Polo Ba Mahi on the eve or first day of the New Year is neither related to discovering the truth nor a tradition to be traced back this way in the nooks and crannies of the history. Today, like many other traditions and rites, no one can identify the beginning and source of this custom. It owes its survival, popularity and prevalence to media efforts and public education. Thus, it is plausible to, at least as far as the foods eaten on the occasion of or during Nowruz are concerned, forget about formulating any philosophies and enjoy its flavour.

The symbol of Esfand, the last month of the Iranian year – which ended on March 20 this year, is two fishes that are said to be responsible for bringing Mithra [in Zoroastrianism, the protector and keeper of all aspects of interpersonal relationships, such as friendship and love) to the earth after being born. 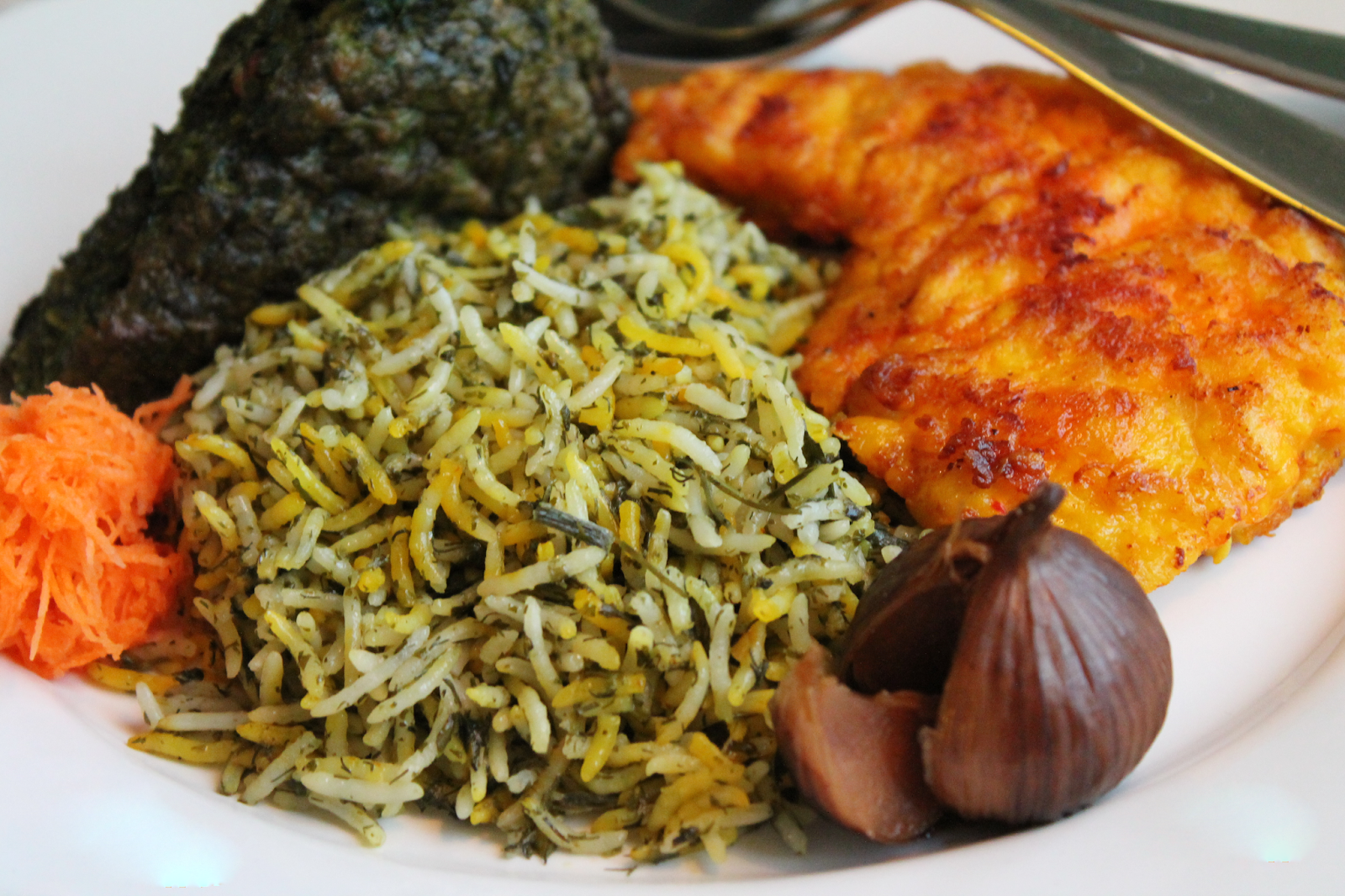 Even, in some parts of Iran, such as coastal regions, the dish is served with simple – without chopped herbs – rice. Nevertheless, the dish we suggest is a mixture of rice and chopped herbs with fried fish.

Ingredients needed for preparing a dish adequate for up to six people:

Pour some oil into a stock pot and cover it with a sheet of Lavash bread – a soft, thin unleavened flatbread made in a tandoor – or slices of potato. Then, pour the drained rice into the stock pot, on the bread or potato slices. Mix the herbs you have earlier chopped with the rice and add the garlic cloves to the mixture.

Pour a little bit more oil in the stock pot and let the ingredients be heated together for a while until they are all cooked completely. Of course, you are required to save some of the chopped parsley and coriander for frying the fish.

If you want our advice, we recommend that you can improve the flavour of the fish by pouring some sour sauce on it.
Instructions for preparing the sauce:

Solve the tamarind in a glass of water and then sift the solution.

Chop the onion finely in a separate dish. You can use a grater for this purpose. Fry the finely chopped onion along with garlic cloves, a little bit of turmeric and pepper. Then, add the parsley and coriander, you had earlier saved for the sauce, to the mixture and let it be heated for a while. Now, it is time to add the tamarind solution to the mixture. 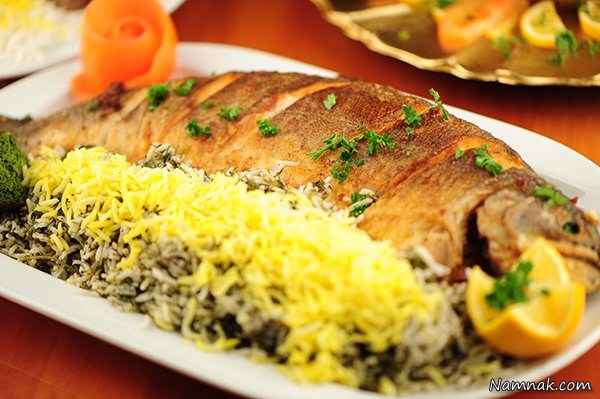 Let the sauce be heated until it starts boiling and to gradually become thicker. Put the fried fish slices in a frying pan and place the pan on the gas stove. Now, you can put the sauce on the fish slices. Raise the lid of the pan and let the fish slices and sauce boil together for a few minutes or less, until the sauce’s water is evaporated and its flavour is imparted to the fish slices. After about 10 minutes, your fish is ready to be served.