One of the most popular cafés in the Iranian capital, Tehran, is a book café which dates back 100 years.

It contains 3,500 volumes of books along with a collection of fabulous antiquities.

The Dar-ul-Khalafeh book café is one of the most interesting and attractive ones in Tehran whose numbers has been growing in recent years. The Dar-ul-Khalafeh building used to be the home of Mahin-ul-Molk Vazinani, the brother-in-law of Mozaffar ad-Din Shah Qajar, the fifth Qajar king of Persia. In the 1950s or 60s, its owner donates the building to be turned into a clinic. 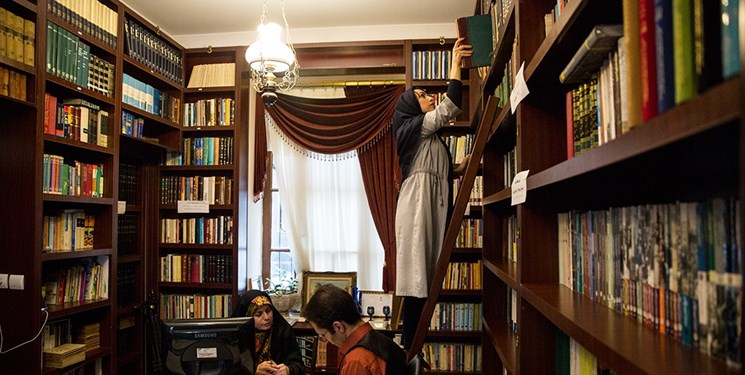 The house measures 260 square metres and boasts the ancient Persian-style interior design as well as architecture dating back to the Pahlavi era.

Its yard was dramatically refurbished during the time the house was under restoration work. As a case in point, a pond buried under soil was dug out and restored. Moreover, the yard and rooms used to be covered in tiles, which were replaced by tile bricks during renovation work.

The antique items at the building are, in fact, its owner’s personal collection. The owner had begun collecting the items when he was just 14 years old.

There are as many as 3,500 volumes of books, magazines and offset-printed newspapers. Visitors can borrow the books for free and read them in the yard or in one of the five rooms at the building while sipping at their drinks.

Dar-ul-Khalafeh has been restored today at the owner’s cost without any contribution from any authority or government institution. The building has now turned into a cultural place.

What follows are Tehran Picture Agency’s photos of the café: