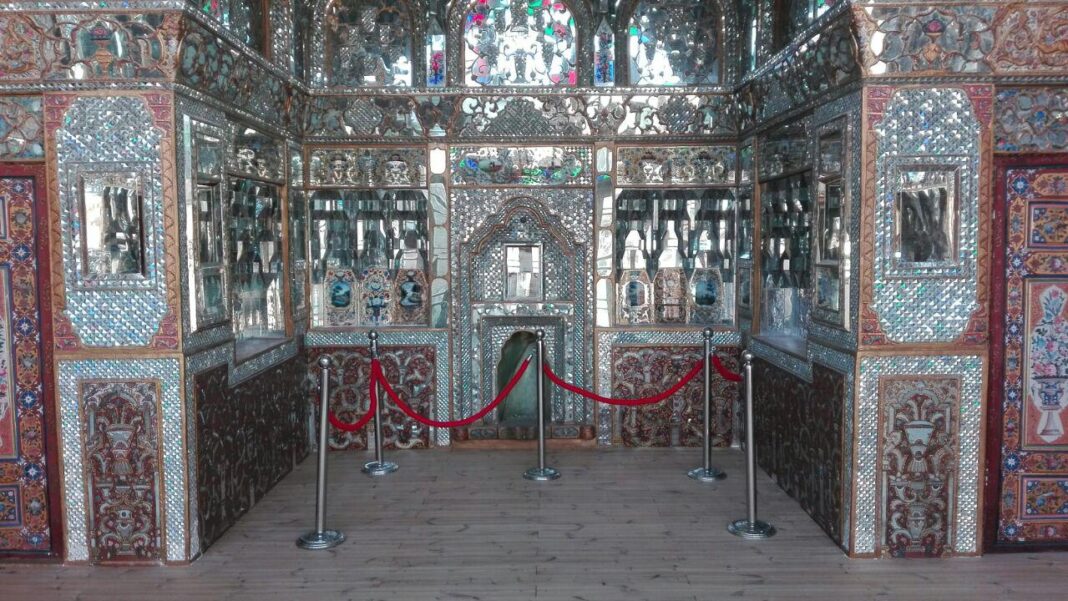 The House-Turned-Museum of Bazaar, which once used to be the house of Sultan Beigom Shojaee – the sister-in-law of the last Qajar King, Ahmad Shah – is one of the 1001 must-see libraries in the world.

The 150-year-old house has been built on a 700sqm land in the southern Pamenar neighbourhood of the capital city.

According to historical documents, the house dates back to the last years of Qajar dynasty. It belonged to Sultan Beigom Shojaee the wife of Mohammad Reza Shoja ul-Mamalek, a royal musketeer during Qajar dynasty.

The yard of the house resembles a small garden. It has been built 15 steps lower that the level of the alley in which it is located. There is a rectangular pond at the yard’s centre. It is besieged from three sides with buildings with brick view and wooden windows.

The wind-catchers of the building stand above the Mirror Hall at the centre of the western building. The mirrors and the gypsum walls are covered by paintings inspired by some European images. Meanwhile, the paintings behind the glasses as well as the ceilings are painted in a way that give the impression of wooden frames. The wooden doors also reveal the perfect aesthetics of the architect.

But the most exciting part of the house is its library which is home to over 6,000 books with various themes from history to architecture, tourism and so on.

As certified by International Federation of Library Associations and Institutions (IFLA) the house has been named as one of the top 1001 beautiful libraries in the world due to its closeness to the Mirror Hall.