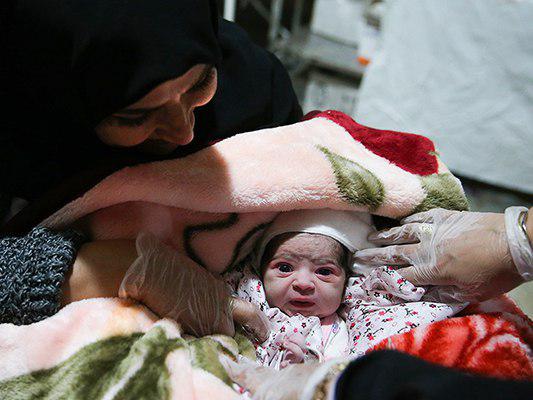 Two babies have been born and a brain surgery performed in the Iranian Army’s makeshift hospitals in Kermanshah province since Sunday night when a magnitude 7.3 earthquake hit the country’s western areas.

The Sunday earthquake has so far left at least 430 dead and over 7,000 people wounded, many of whom are being treated in makeshift hospitals set up by the Iranian Army and the Islamic Revolution Guards Corps (IRGC) in Kermanshah province.

One baby on Monday and another one on Tuesday morning were born in the Army’s makeshift hospitals with the help of the Army Ground Force’s doctors in Sarpol-e Zahab city.

Meanwhile, the first brain surgery was also performed in a makeshift hospital in Sarpol-e Zahab by Doctor Shahnam Baboli, a brain specialist who is also an Army Brigadier General.

Mizan News Agency reported that the condition of the patient who underwent the surgery was so bad that transferring him to Kermanshah hospitals could lead to his death.