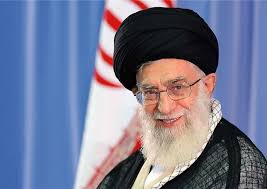 The leader of Iran’s Islamic Revolution has, in a meeting with the medalists of the Tokyo Olympic and Paralympic Games, sincerely thanked the champions.

Ayatollah Seyyed Ali Khamenei said, “The most important message of the championship of Iran’s proud athletes in the international arenas is the possibility of accomplishing unimaginable deeds and conveying the message of endurance and hope and vitality to the society and the youth”.

He added that while many organizations are making efforts to disappoint the society, especially the youth, the championship of Iranian athletes sends this message of hope to the whole society and this is very valuable.

Referring to his short messages of thanks after the athletes’ championship, Ayatollah Khamenei noted that those messages are from the bottom of heart and “We know the value and importance of your accomplishment”. The leader added that despite restrictions on Iran, the country’s flag is raised and world platforms are conquered, which is a sign of strong will and determination.

He also spoke of Iran’s refusal to recognize the Israeli regime in sports fields. He called the issue “very important” and said Israel is a ruthless, genocidal and illegitimate regime and is trying to gain legitimacy by participating in international sports arenas.

He said Iranian sports officials and athletes should not be passive in this regard. The leader referred to Israel’s and its supporters’ reciprocal actions to deprive Iranian athletes, saying the Sports and Foreign Ministries and the judiciary should pursue this issue through legal means and even support foreign Muslim athletes such as Algerian athletes who have been deprived for refusing to compete with Israelis.

He emphasized that a proud Iranian athlete cannot shake hands with the representative of a criminal regime for a medal and actually recognize that regime.

He said this is not without precedent and in the past, athletes refused to compete with representatives of the apartheid regime in South Africa.

Ayatollah Khamenei noted that the apartheid regime disappeared after a short while and the Israeli regime will also go away.

Ayatollah Khamenei called the manifestation of human, religious and spiritual values along with the championship very valuable and pointed to examples of these cases in the Olympic and Paralympic competitions.