Assistant Dogs in Iran to Help Autistics Control Their Disease 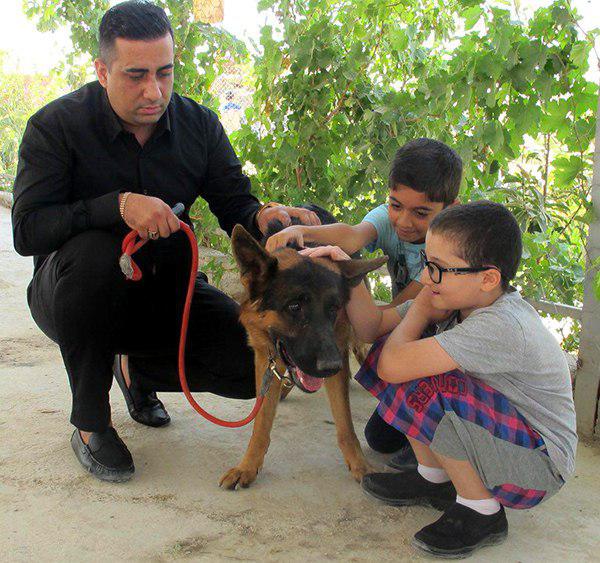 A group of researchers in Iran have trained assistant dogs that can help autistic children control their disorder.

Use of assistant dogs is among the new methods used by many medical centres in the world to control autism disorder in children.

“Iran has already developed a new plan to use assistant dogs to control autism disorders. The plan is now set to be implemented as a pilot plan in the capital Tehran but we are prepared to implement it in any other part of the country in the near future,” said Amir Esmaeili, a donator who has financed the plan.

He then expressed hope that the plan could provide the children suffering from autism disorder with a chance to have a better future.

Majid Sadeqi Ja’fari who is charge of implementing the plan, said a number of animal trainers have already been recruited to train the assistant dogs for the purpose.

For now at least 10 assistant dogs and 10 animal trainers along with a number of psychological teams have been stationed in nine centres, he noted.

According to Sadeqi, patients suffering from autism disorder spend at least one hour per day with the assistant dogs in the centers. “The treatment course lasts for 72 hours during which children with autism interact with the dogs that have learned certain necessary skills to deal with them.”

He then went on to say that psychologist teams begin their work in due time amid the emotional interactions made between the children and the assistant dogs.

The plan is set to become operational for the first time in Iran as of September 23. The Autism Foundation and Iran’s Autism Association are in charge of implementing the plan. A number of children with autism between 7 and 14 years old who have already been recognized will be dealt with in the pilot plan.

Efforts are underway in the same centres to develop new plans to use assistant dogs for dealing with blind and deaf people as well as those suffering from psychological problems in the near future.