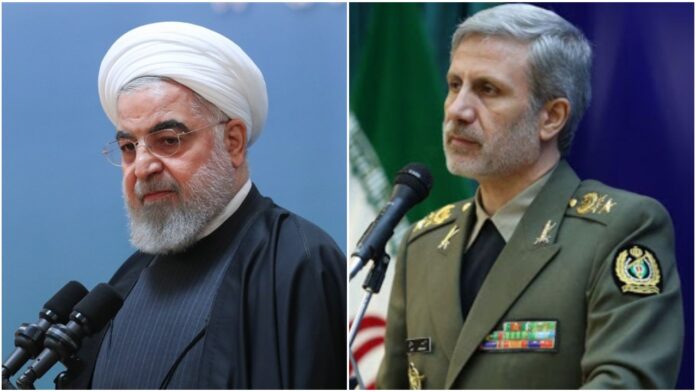 The Iranian president says the cooperation of the Armed Forces in handling and fighting the coronavirus outbreak in the country is of significance.

President Hassan Rouhani said their contribution to the production of hygienic and medical items such as COVID-19 diagnosis kits, face masks and disinfectants is important. He also thanked the military for tapping into all its resources in this regard, and urged it to keep up its efforts and work closely with other sectors until the epidemic is tackled.

The president also touched upon the successful launch of the country’s first military satellite into orbit.

“This accomplishment shows the enforcement of the aerospace sector in the country and the Armed Forces has been a precise and effective step, and we should redouble efforts to further develop that sector,” said the president in a phone conversation with Defence Minister Brigadier Amir Hatami.

Presidetn Rouhani also referred to some movements by foreign forces in the region.
“We should maintain our vigilance and strong presence in the region while carefully pursuing strategies that would help ensure and boost stability and lasting security in the region,” President Rouhani noted.

General Hatami, in turn, appreciated the president’s support for, and attention to experts involved in the development of defence achievements in the country, and underscored attempts to further boost defence capabilities should be pursued seriously.

The defence chief also presented a report on the activities of the Armed Forces and their cooperation with other sectors in the fight against the coronavirus in the country and providing the necessary medical supplies.

“The Ministry of Defence and Logistics of the Armed Forces will stand by the government and people with full power until this disease is completely eliminated,” the defence minister said.