Another Asiatic cheetah sighted in Yazd 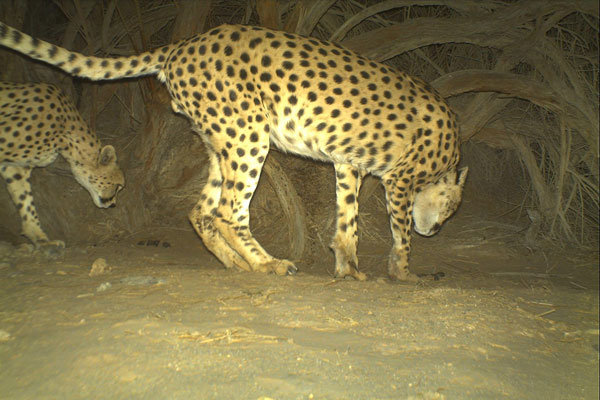 The number of Asiatic cheetahs in Iran is projected to stand at 70.

Director of Iranian Cheetah Society has announced the sighting and registering of another Asiatic Cheetah in Yazd Province.

Morteza Eslami told Mehr News that a number of camera traps had been placed in each of the cheetah habitats in Iran for an overall observation of the target species.

He noted that a series of photographs were released by the Department of Environment in Ardakan, Yazd Province last November, which showed three Asiatic cheetahs captured on camera traps.

“At first, these three cheetahs were believed to be the same ones registered in the first phase of Cheetah Protection Program in 2012,” said Eslami, “but further investigation revealed that one of these three cheetahs has never been captured on any trap cameras before.”

“And that is how a new male cheetah, the world’s second-rarest cat, has now been added to the list of other photographed ones in the Asiatic cheetah habitats,” he said.

So far, the number of Asiatic cheetahs in Iran has been estimated at 70.