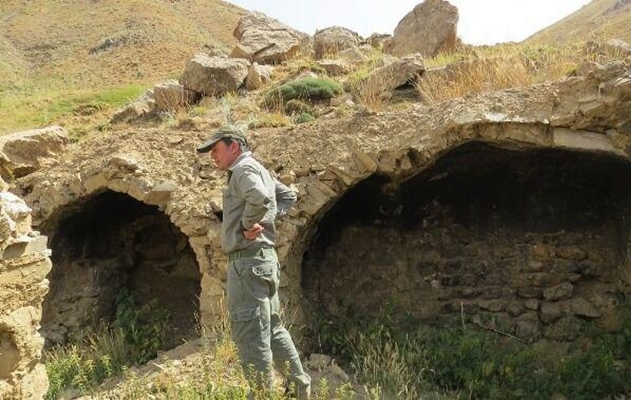 An ancient cave with human skeletons has been unearthed in archaeological excavations in Lavasan region near the Iranian capital, Tehran.

“The archeological examination project run in Lar Desert led to the discovery of 38 areas, including an ancient cave with historical human skeletons,” said Mohammad-Sepehr Sepehri, the head of the archaeological team, describing the discovery as a very important one.

He added six roofed caravanserais as well as traces of ancient roads were also discovered, bearing witness to the fact that those areas were frequented by people.

Sepehri said the cave lies 3,100 metres from the sea level.

“There is a pile of human skeletons inside the cave. Initial examinations of the clay pots [unearthed in the area] show the skeletons date back to historical eras,” he added.

H said the discovered area was one of the most significant linking routes that connected the central Iranian plateau to Tabarestan.