‘Afghan People Wish to See Ghani’s Ouster, Even If He’s Replaced by Taliban’ 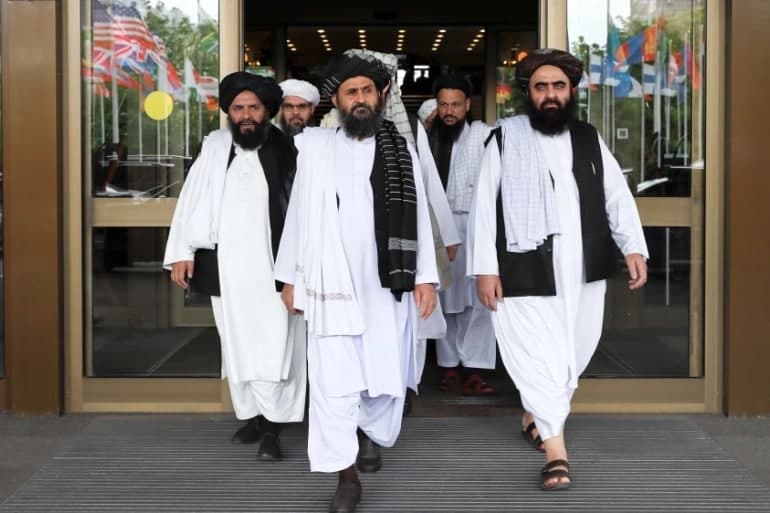 An Iranian expert on Afghanistan affairs says the people of Afghanistan are so disappointed with the pro-US government of Ashraf Ghani that they do not care if it is replaced by Taliban.

In an interview with Khabar Online, Mohsen Pak Aeen, the former head of the Afghanistan Desk at Iran’s Ministry of Foreign Affairs, highlighted the Afghan people’s frustration with the policies of the Afghan government, and said Ashraf Ghani, does not have an acceptable popular base inside the country.

He said the people of Afghanistan will not forget the presence of Ashraf Ghani at the Bagram base and the meeting with Donald Trump which ended at the cost of his humiliation; a similar trip that took place during the time of Barack Obama, but Hamid Karzai refused to meet with him. The honourable people of Afghanistan, who have always sought independence, do not like Ashraf Ghani’s policies.

“Ghani has differences even with his cabinet members, including his deputy Abdullah Abdullah, which together have led to a weak government in Afghanistan. Such a situation has also caused people to not pin any hope on this government wishing to witness its downfall, even if it falls into the hands of the Taliban.”

He also elaborated on the position of the regional countries and the main actors in Afghanistan including Iran, Pakistan, Russia, China and India. The silence of these countries in the face of developments in Afghanistan may be due to their dissatisfaction with the pro-Western policies of the Ashraf Ghani government. Of course, India was less dissatisfied with Ghani’s government, but the three countries of Iran, Pakistan, and Russia next to China are the most critical of the performance of the Afghan central government, especially Pakistan, which is the main supporter of the Taliban. As a result, it should be said that the situation is not like that of Hamid Karzai’s time, when neighboring countries felt responsible and took steps to bring peace and stability to Afghanistan.

“Although the neighbouring countries are opposed to the Taliban’s complete domination of Afghanistan, they are now pursuing a policy of patience and waiting to see how the internal situation in Afghanistan will develop. At the same time they are announcing political positions and just expressing hope for the establishment of a legitimate government in this country.”

Pak Aeen noted that there is no military solution for this country and the best course of action is to hold negotiations between the Afghan groups and the government to achieve a government of national reconciliation based on population and ethnicity.

He further stated that the difference between this war and previous wars is that there will be no winner and that the final solution will be reached at the negotiating table without foreign intervention.

Afghanistan is still going through bitter and difficult days. The United States, which once invaded the country under the pretext of fighting terrorism and toppling the Taliban, now prefers to flee after two decades following countless failures and expenditures. It is also vacating its key base in Bagram to tie everything to the outcome of the battle between the Afghan army and the Taliban in the wake of the failure of the Doha talks.

The recent battles in Afghanistan show its ineffectiveness, and it remains to be seen to what extent the two sides are willing to spend to achieve their aspirations.

Pak Aeen stated that following the withdrawal of US troops from Afghanistan and the military invasion of the Taliban in different parts, several points should be taken into consideration.

“There is a major question among the media elite community in the United States. It is said that if the Taliban is a terrorist group and the United States invaded Afghanistan with the help of NATO 20 years ago, why did it enter into negotiations with this group? They say why Washington has complied with the demands of the Taliban, especially the withdrawal of US troops, and paved the way for the Taliban to easily continue their military operations in Afghanistan?”

Another question posed by the elite is why more than $3 trillion of the US money was spent during this time in Afghanistan without any gains, and not only did terrorism end during this period, but the ISIS terrorist group was added. All these well illustrate how the US policies in the region have failed, underpinned this Iranian political expert.

Regarding the change in the Taliban group’s approach to revive the Islamic Emirate, he said, the next issue is about the Taliban group, which seems to have achieved some of its goals so far.

“One of the main demands of this group was the withdrawal of foreign troops from Afghanistan, and now the United States is leaving Bagram which is one of its most important bases. The Taliban, with its totalitarianism, has always sought to gain the most points inside Afghanistan, and today it is trying to revitalize the Islamic Emirate. However, the behavior of this group is different now. It tries to show a political policy without clashing with other groups and insinuate that it is looking for a political solution. That is why the Taliban sees military movements as an important step for political gains. The Taliban appears to have adopted a more moderate approach than in previous years.”

Pak Aeen went on to express that evidence shows the Taliban has so far failed to achieve all of its military objectives, and has reportedly failed to occupy a single province despite occupying some areas; meanwhile, the Afghan army continues to rebuild and reorganize. Many Afghans, even Pashtuns, disagree with the Taliban’s military practices and are fighting them in some areas.

This Iranian expert went on to explain the lack of support from tribes and groups in Afghanistan for the government saying that there are non-Pashtun groups in Afghanistan, such as Tajiks, Uzbeks, Turkmens and Shiites, who have fought and achieved success since the Soviet occupation of Afghanistan, as well as the Taliban, and have not allowed the Taliban to rule over all of Afghanistan. However, at this point, these groups do not seem to have any motivation to confront the Taliban, the most important of which could be widespread dissatisfaction with the current government’s performance. Thus, we see that the Mujahideen and former tribesmen are not paying attention to the Taliban attacks at the moment, and it seems that an unwritten agreement has been reached between them and the Taliban to avoid ethnic clashes.

In the end, Pak Aeen stressed that there is no military solution to the Afghan crisis stressing that the Taliban group, no matter how strong it is, will not be able to establish its rule in all parts of Afghanistan and may not even succeed in overthrowing Ashraf Ghani’s government.

“On the other hand, the Afghan security and government forces are not able to fight the Taliban in full force due to their limited capabilities. Considering the indifference of the ethnic groups in Afghanistan, it seems that the best course of action is to hold negotiation between the intra-Afghan groups and the government in order to achieve a national reconciliation government based on the population and the number of ethnic groups in a way that the power would be divided fairly and without the interference of other countries,” underscored Pak Aeen.

One of the reasons for the situation in Afghanistan was the interference of the United States and Saudi Arabia in the peace process in Doha. In these negotiations, Riyadh and Washington only sought to secure their own interests; an issue that caused the Afghan government to never negotiate with the Taliban, while groups and tribes were absent from the talks.

“However, the revival of the dialogues must be pursued in any way, through the Loya Jirga and the elders, or other ethnic groups. Different groups must negotiate in order to reach a solution. The continuation of the conflict will lead to the loss of human and material resources in Afghanistan, it will lead to further destruction of this country and the killing of the defenseless and oppressed people of Afghanistan,” he concluded.