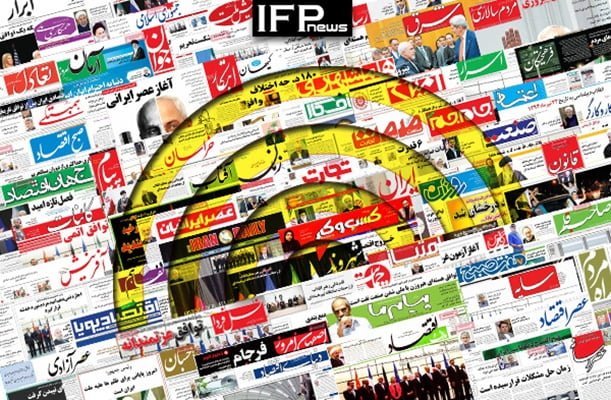 IFP has taken a look at the front pages of Iranian newspapers on Sunday, January 5, 2020, and picked headlines from 13 of them. IFP has simply translated the headlines and does not vouch for their accuracy.

1- Guardian: Hopes for Revival of JCPOA Undermined with Assassination of Gen. Soleimani

2- Zarif: US Regime Responsible for Consequences of Gen. Soleimani’s Assassination

1- Rouhani: US Will Pay Heavy Price 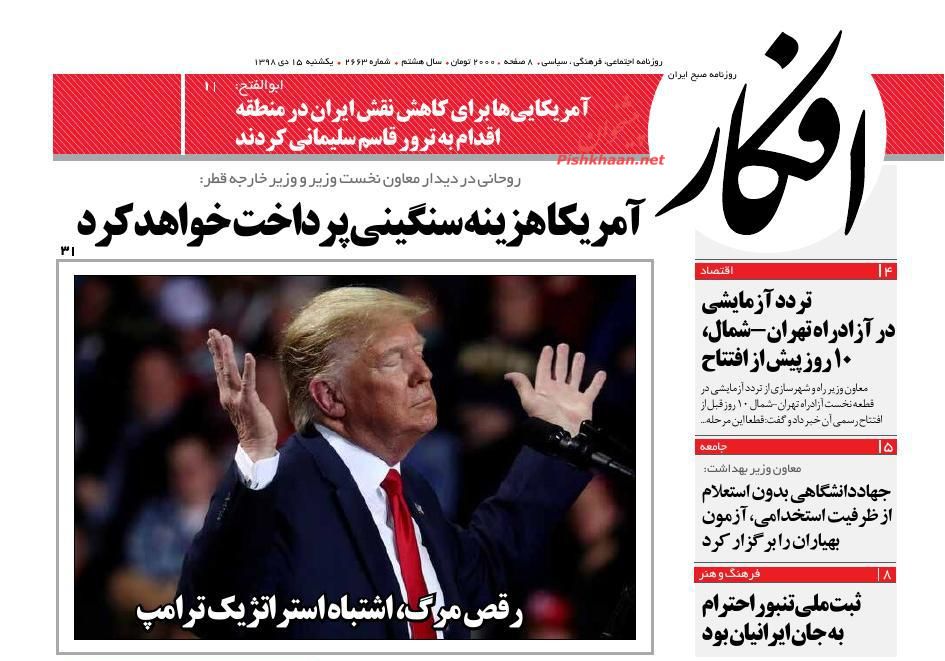 2- Rouhani: Gen. Soleimani Was a Politician and Strategist

2- Iraqis Bid Farewell to Commander of War on ISIS, Urge Fight against Occupiers

1- Trigger of Revenge from Kashmir to Mediterranean

* Our Response Will Definitely Be Military

2- Cries of Vengeance, Calls for Expulsion of US Usurpers in Iraq

1- Iraq Unified for Expulsion of US Forces

2- Zarif: We’ll Respond to US Whenever and in Whatever Way We Deem Possible

1- Revenge from US to Be Decisive, Make Them Regret

* When Positions of Martyr, Murderer Are Exchanged

3- Trump Opted for Military Option in a Meeting, Influenced by His Advisors