A look at Iranian newspaper front pages on Jan 24

Supreme Leader of the Islamic Revolution Seyyed Ali Khamenei received Chinese President Xi Jinping on Saturday in the last leg of a landmark first visit from Tehran by a Chinese president since 2002.

The leader’s assertions during the meeting grabbed a lot of headlines on the following day, Sunday, January 24, 2016 in Iranian press. The advent of international companies in Iran in the wake of the removal of international sanctions on Tehran’s nuclear program were the topics focused by most Iranian dailies on the day.

6- Republicans’ quest to hinder $1.7b US payment to Iran 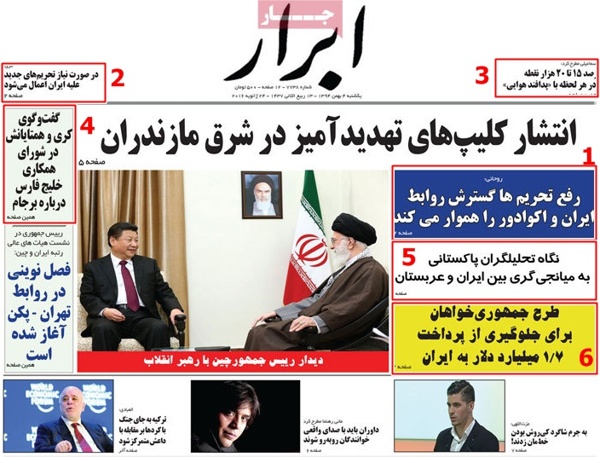 2- State of emergency in US by cold snap 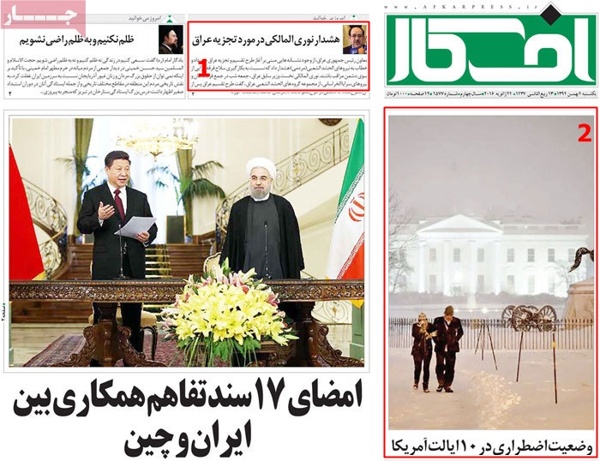 Leader of the Islamic Revolution Ayatollah Seyed Ali Khamenei on Saturday referred to an agreement between the Iranian and Chinese presidents on 25-year strategic ties, saying that such a deal is absolutely “right and wise”.

A report on the oil price slump in the global energy markets to the 12-year lows. 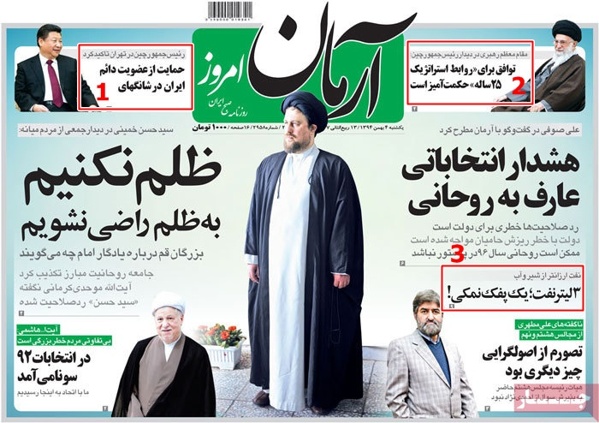 1- 150 foreign delegations visit Iran in the past 8 months

Para-archer Zahra Nemati has been selected as the flagbearer for Iran at the Opening Ceremony for the 2016 Olympic Games. 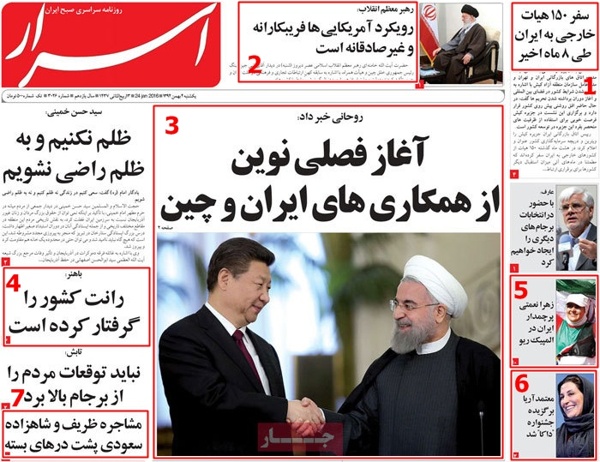 A report on the illegal hunting of rare sharks in Iranian waters.

5- Equal suffrage for all religions in [Iranian] parliament 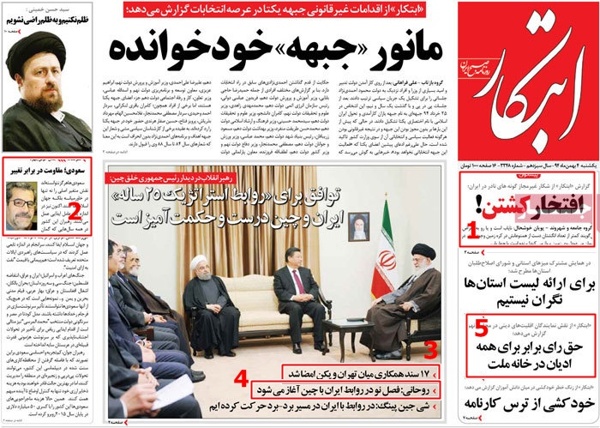 2- US returns 3000 paleontological pieces to Iran 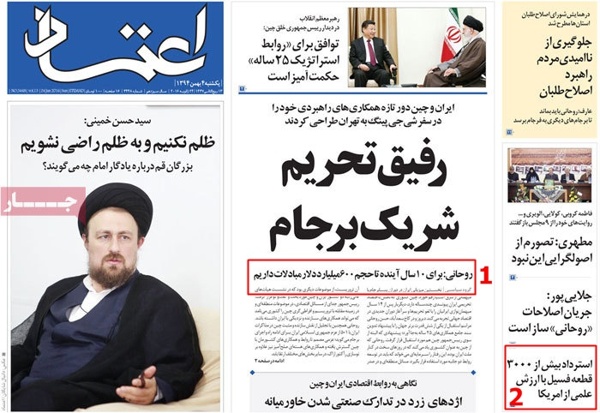 The governor of the Central Bank of Iran (CBI) said the bank will not allow “dirty money” to be used in the election campaigns.

4- Iran to replace 90,000 old taxis with new ones to renovate fleet 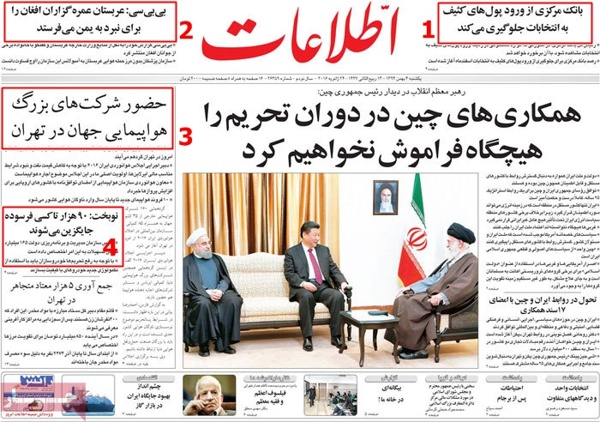 3- China to finance $1b to upgrade Tehran subway system

4- Britain: The ‘settlements’ are illegal 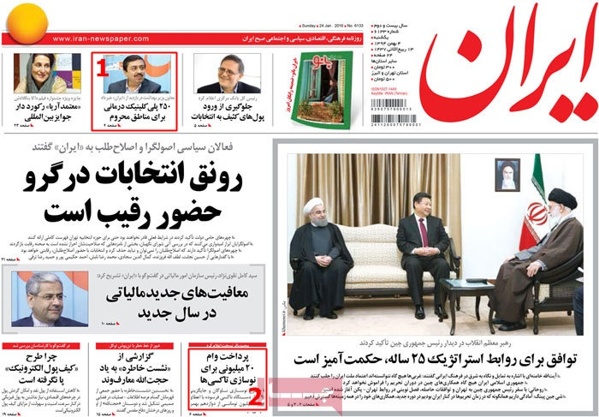 2- Heavy shadow of expenses on next year budget 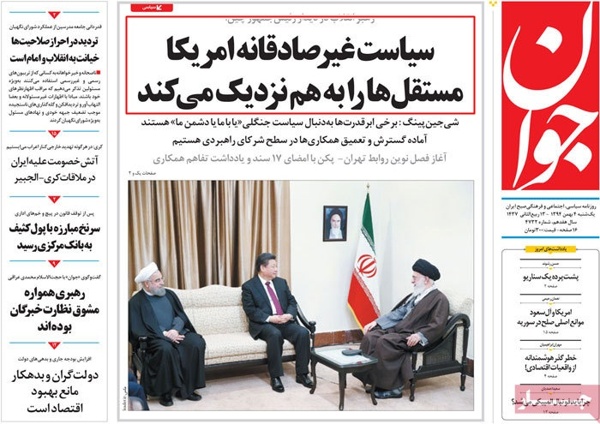 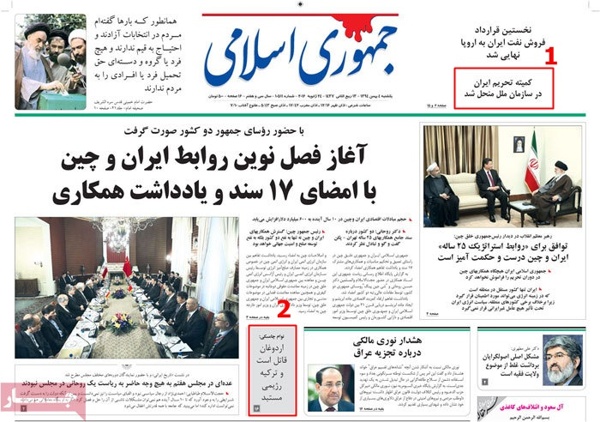 – US poised to usurp victory over ISIL. The US has recruited forces to Afghanistan, Syria and Libya. 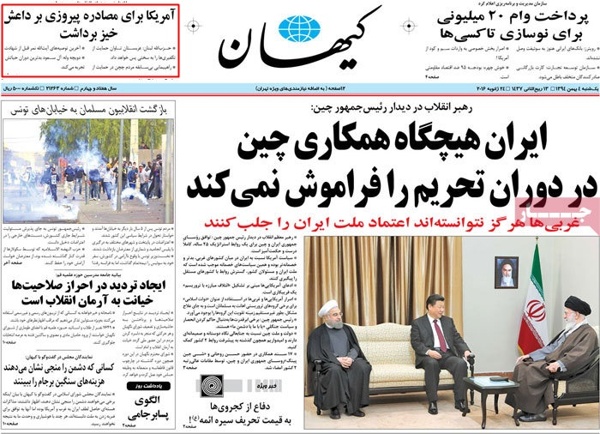 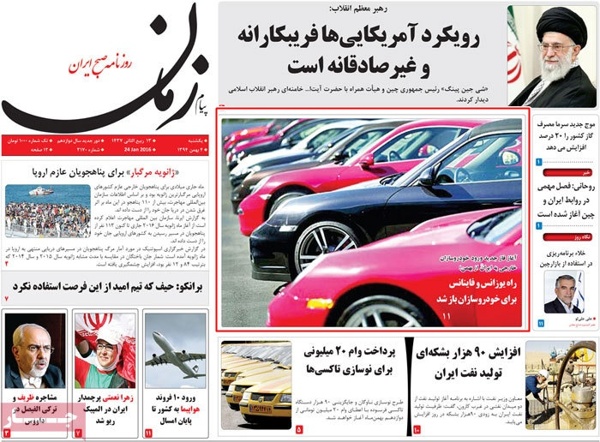 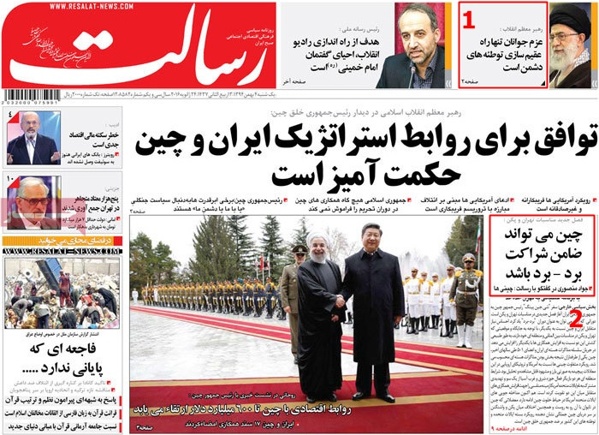 2- Leader to China’s Xi: Iran only independent country in region 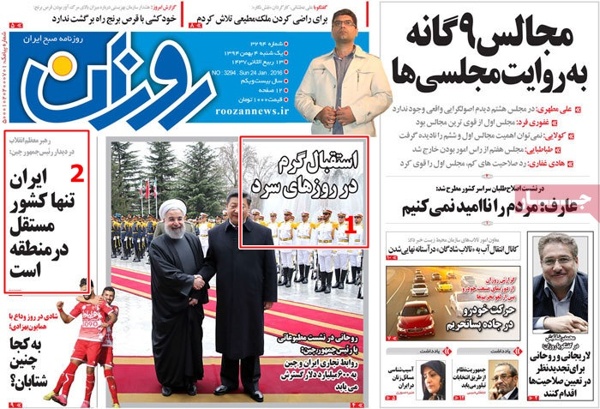 – A report on reviving Silk Road in Iran and how it can revamp Tehran’s economy. “This road is covered by gold” was the report’s title.