A look at Iranian newspaper front pages on April 4

The joint statement Iran and P5+1 released at the close of marathon nuclear talks in Lausanne dominated the front pages of Iranian newspapers.

Abrar: “Recognition of Iran’s nuclear program was the most important achievement of the Lausanne talks,” said Abbas Araghchi, an Iranian nuclear negotiator.

Abrar: “Iranians won’t recognize a deal that does not lead to full termination of sanctions,” said the spokesman of parliament’s National Security and Foreign Policy Committee. 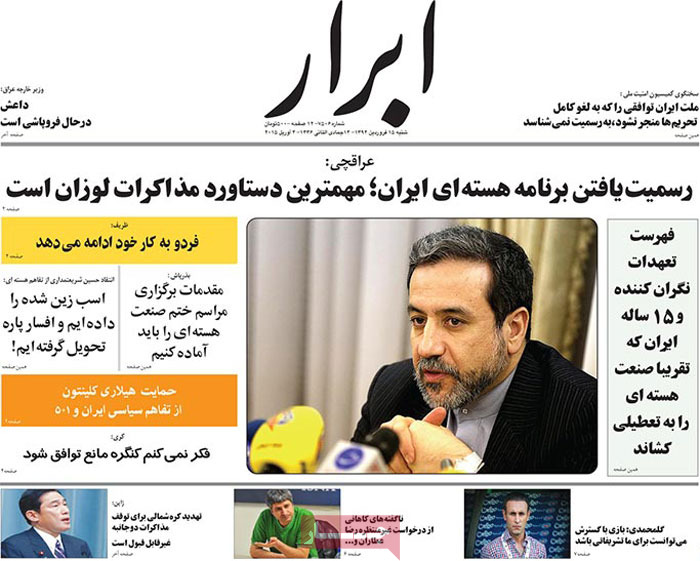 Afkar: Lausanne a new chapter in the future of Iran. 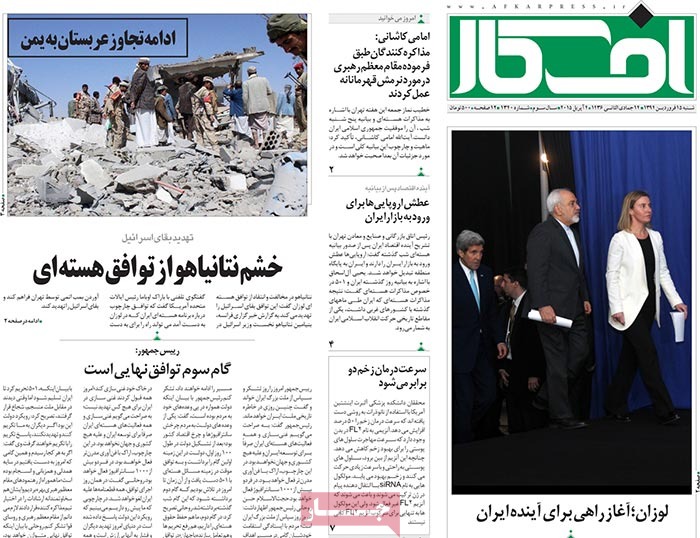 Aftab-e Yazd: Political deal between Iran and P5+1 was the souvenir Zarif brought back home.

Aftab-e Yazd: A funeral procession has been held for the wife of Ayatollah Khatami [and mother of former President Mohammad Khatami.] 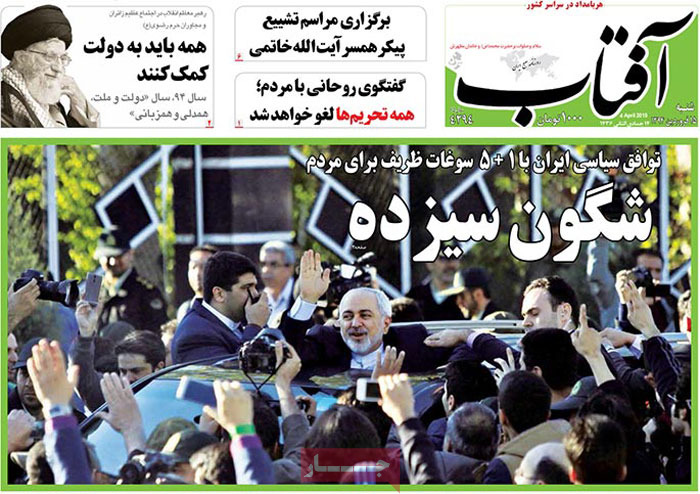 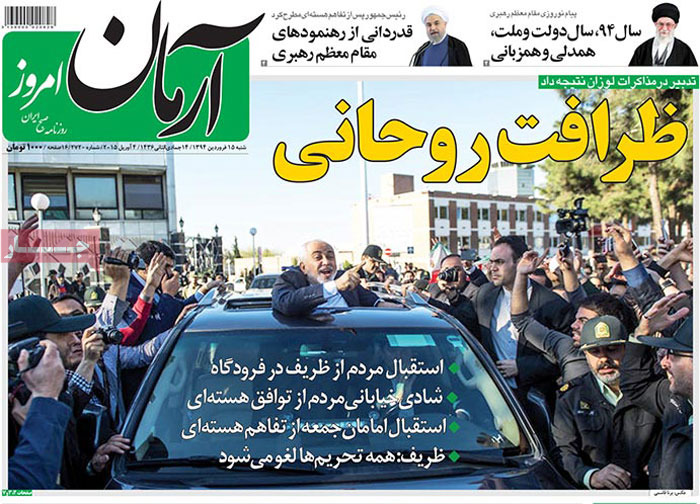 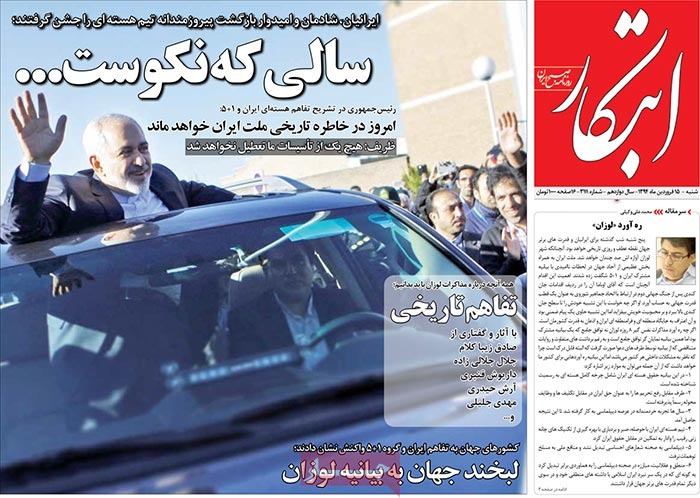 Etemad: Diplomacy smiled. After 18 months of talks, Iran and P5+1 arrived at an understanding on mechanisms. Ettela’at: Iran and P5+1 agree to work out a comprehensive nuclear deal. 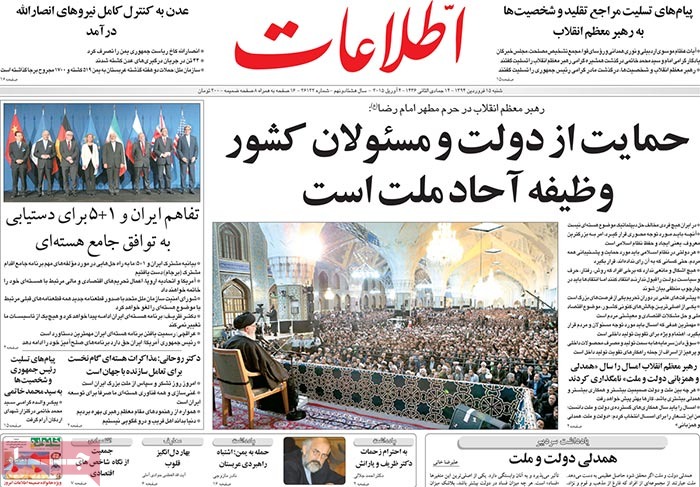 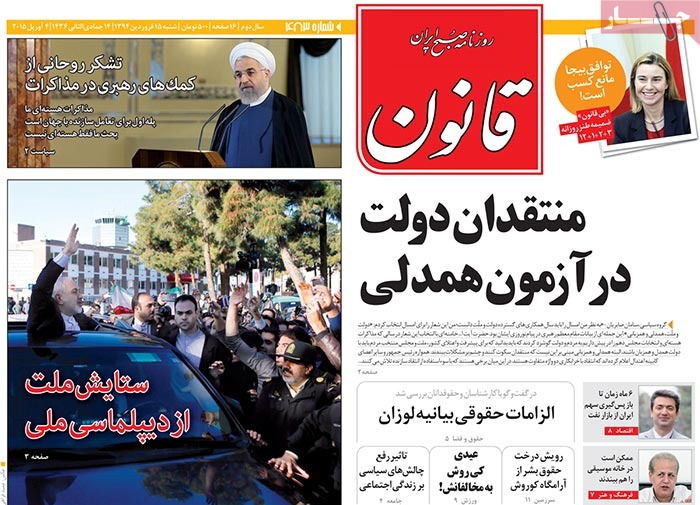 Hemayat: Continued concerns about American deception in the final agreement Iran: Eighteen months of talks between Iran and P5+1 eventually bore fruit; the world is happy about a nuclear understanding. 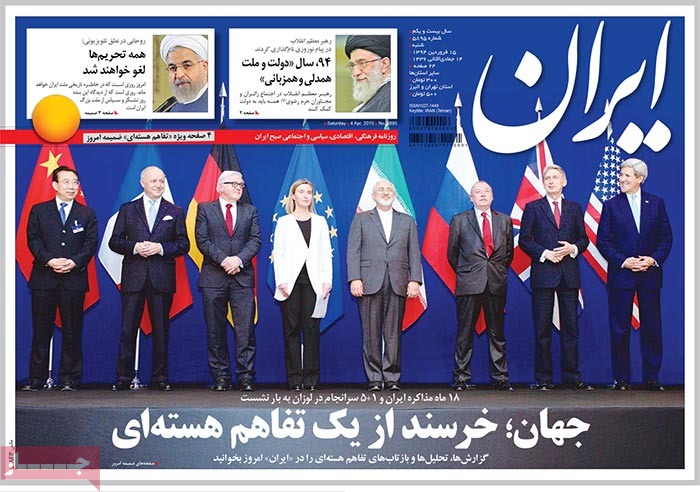 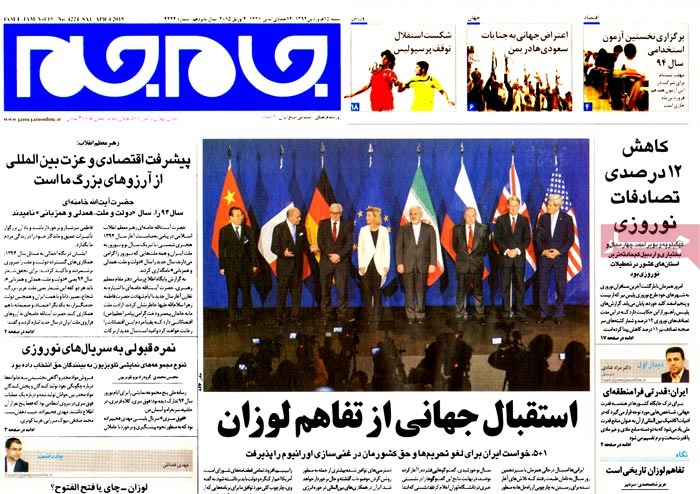 Javan: The deal was pushed back to summer; victory in the battle of interpretation will determine the fate of the comprehensive deal. 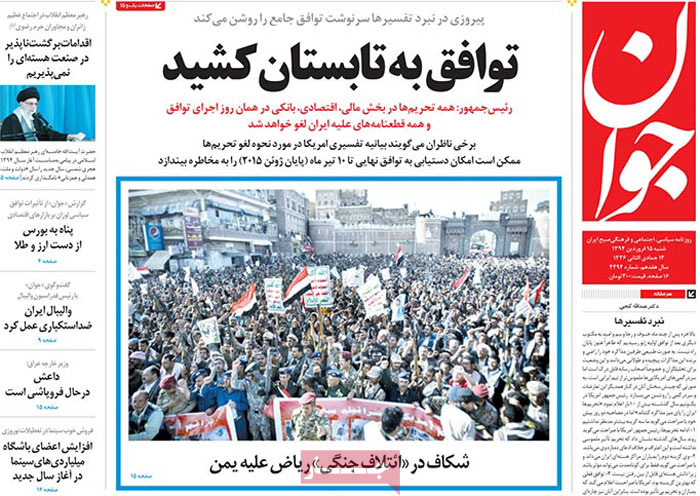 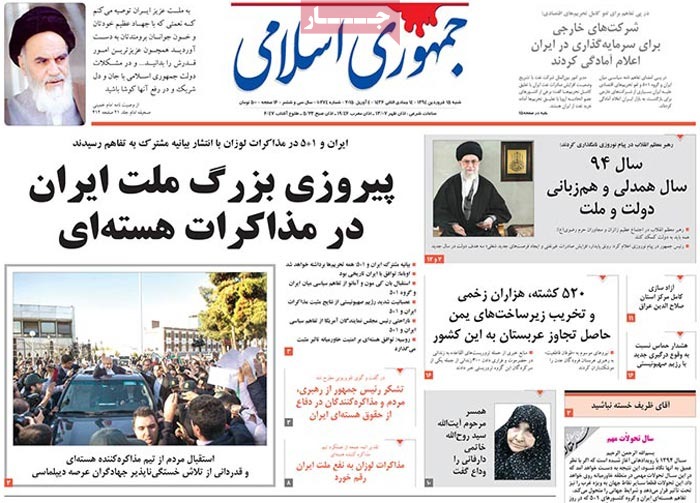 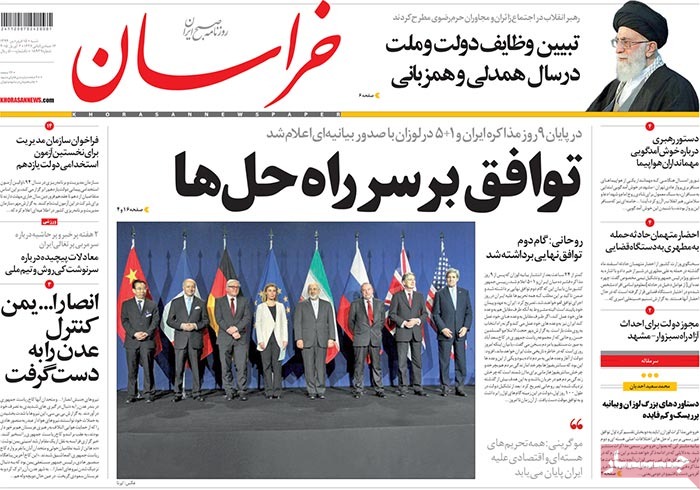 Mardomsalari: Javad Nekoonam has stepped down as captain of the national soccer team. 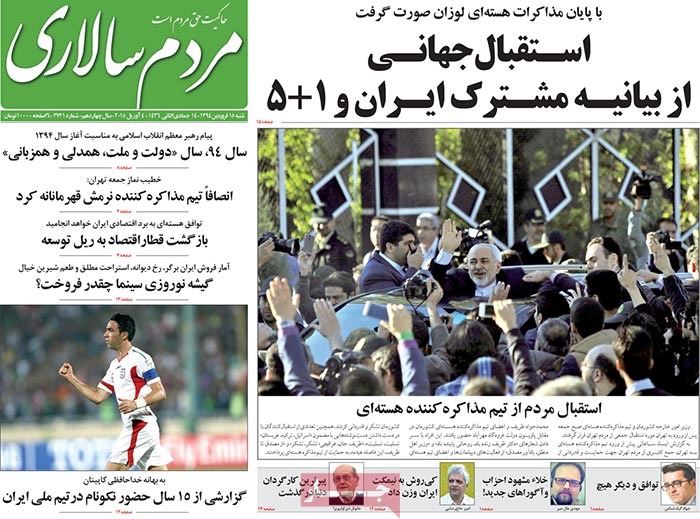 Resalat: No trust in Satan. American subversion after the statement was read out. 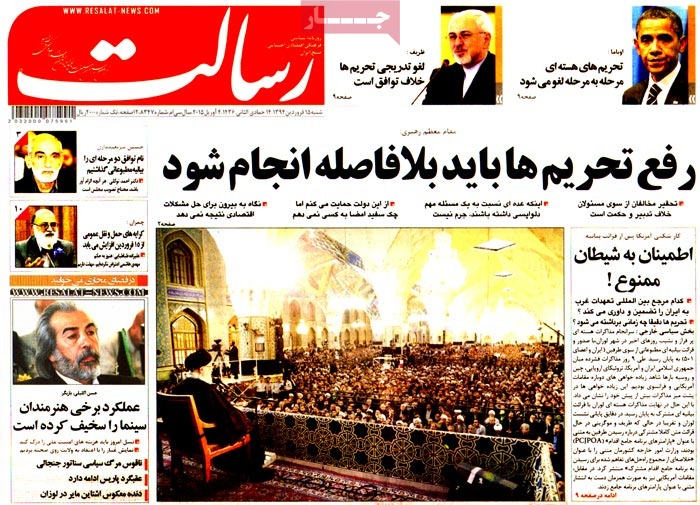 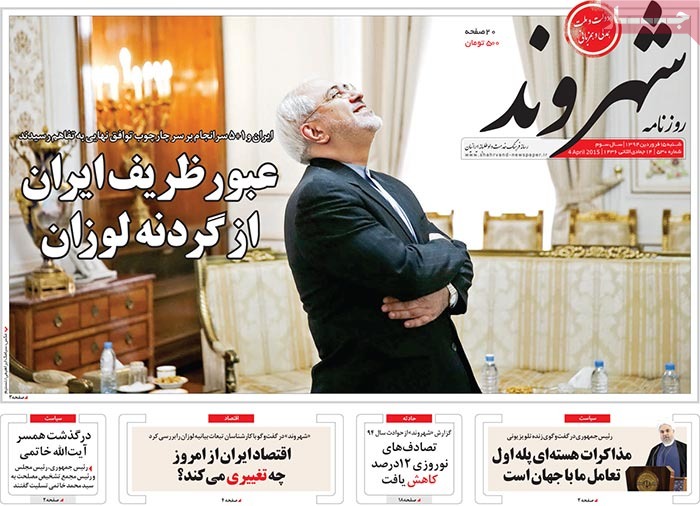 Sharq: Transition from crisis; final deal to be cut by July Siasat-e Rooz: Different interpretations of the solutions worked out by Iran and P5+1. 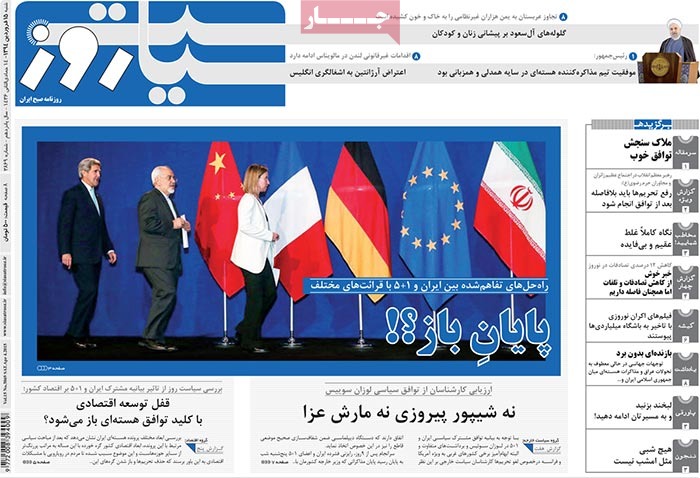