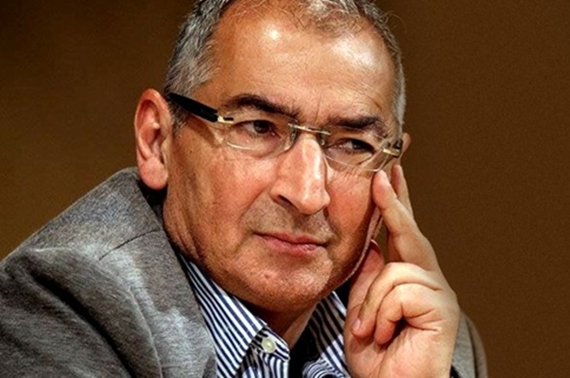 In a recent editorial published in Iran newspaper, Sadegh Zibakalam, a professor of political sciences at University of Tehran and a senior analyst, discussed how anti-government elements try to taint the image of President Hassan Rouhani’s administration even by ignoring national interests.

His editorial came after Spokesman for the Iranian Administration Mohammad Baqer Nobakht recently noted that the opponents of President Rouhani’s government hold weekly meetings on Saturdays to plan their attacks for the coming days.

The government spokesman’s recent reference to the anti-government think-tanks, only one day after June 14, the anniversary of Rouhani’s victory in 2013 Presidential elections, is just stating the obvious. A review of what happened in the past three years not only confirms such remarks, but also indicates that the opponents of government can easily violate national interests in order to taint the government’s image and record.

More surprisingly, such unethical methods are used by those who claim to be advocates of values. The recent leakages of certain executives’ paycheques are a testimony to the claim. The paycheques of these executives – which have their roots in the previous government and have just lingered on until Rouhani’s term – are covered by the media outlets of this faction in a way that the huge salaries have just started to be paid since June 14, 2013.

There is no need to mention that one cannot defend the payment of such huge salaries; however, the basic question, which receives no answer from the opponents of government, is that when did the payment of such salaries begin? Have all these payment methods begun right after the 14th of June, 2013? Wasn’t there any similar payment before that time? More importantly, it seems that the incumbent administration, unlike the similar cases in previous government, is behaving logically, and issuing orders for investigation and prosecution without any secrecy.

The think-tanks for denigrating the government adopted the same approach in dealing with the achievements of JCPOA [the nuclear deal between Tehran and world powers]. They claim that after the JCPOA many sanctions have yet to be removed, while any informed and fair person knows that some of anti-Iran sanctions basically had nothing to do with JCPOA and the nuclear case. Neither was there any negotiation on termination of those sanctions, because no one was supposed to discuss non-nuclear issues.

However, the opponents of government make too much of these sanctions without mentioning its root cases, which are the West’s claims on human rights and terrorism. In this way, they are trying to make people believe that the sanctions are still in place in spite of the deal.

It is predicted that they will continue using such denigrating methods until the next year’s presidential elections. These people neither have a defensible résumé or an organized plan against the policies of Rouhani’s administration; therefore, they seem to be resorting to negative behaviours and tactics so as to cover up what they don’t have and to hide it from public opinion.

This is why the policies pursued by followers of this faction, particularly the content they publish in their media outlets, are very close to each other and seem totally organized. Although these people once again experienced the results of such negative and denigrating methods in February 26 parliamentary polls, they seem so disorganized that they are considering such tactics as the only way for proving and showing their existence. They assume that if they shout louder, if they keep distorting the facts, and if they continue denigrating the government, they will be more successful. However, they are ignoring the fact that people are very vigilant and know that many of the existing problems are caused by non-professional policies and sense actions of the same denigrators.