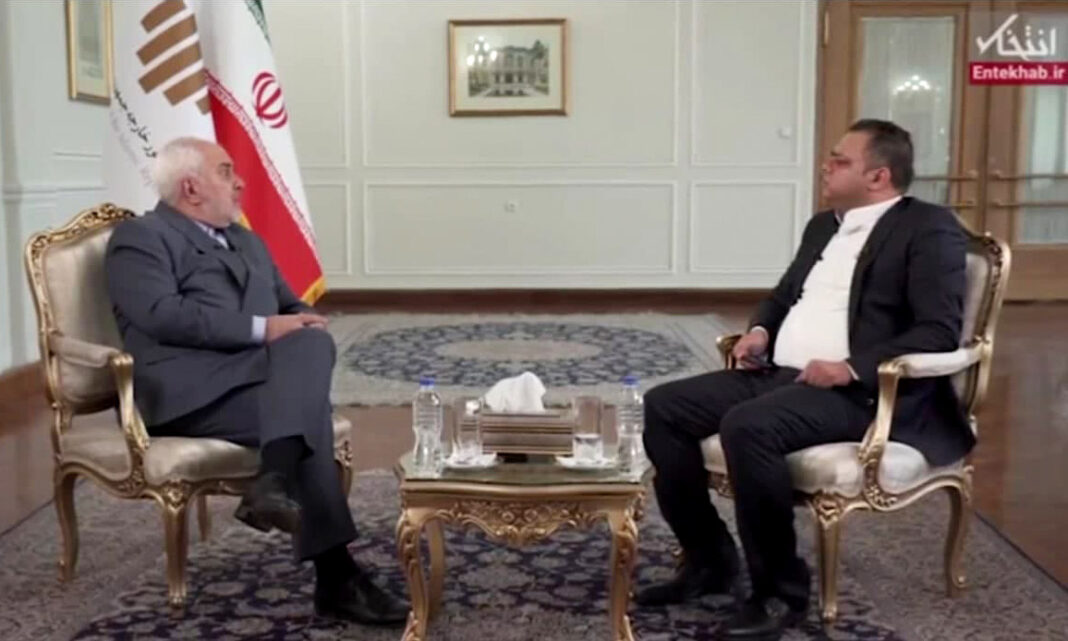 The Iranian foreign minister says he had “professional relationship with US President-elect Joe Biden based on mutual respect” when he was a senator at the US Senate.

In an interview with the Entekhab news website, Mohammad Javad Zarif said Biden looks at foreign policy from a perspective different from that of outgoing President Donald Trump.

Zarif noted that his past relationship with Biden cannot be described as friendly; rather, it was only a professional relationship.

“The relationship between an Iranian agent and an American senator is not a friendly one and can be described as a work-related one,” he said.

“These relations cannot even be called personal and good; rather, they can be described as professional relations based on mutual respect,” Zarif added.

“When I was Iran’s representative to the UN, I had several meetings with Biden at a specialized level. Biden surely has a different view toward foreign policy from that of Trump,” said Zarif.

“Biden has had a role in the United States’ foreign policy arena since 1970 and is more familiar with foreign policy than Trump is, but this does not mean that his stances are acceptable. We should note that Biden’s positions reflect the US government’s approach anyway,” he said.

“Definitely, Biden acts in line with the United States’ national interests. But the key issue during the Trump era was that the White House had handed over foreign policy to Israel and [its prime minister Benjamin] Netanyahu. There is no doubt that Zionist pressure groups have had an effective role in the US foreign policy since the establishment of the Israeli regime. However, Trump hand handed over this significant arena to Netanyahu, who is an extremist figure in the Zionist regime, and to an extremist and radical circle which was actually run by the ISIS, Al-Nusra Front and all extremists in the region and across the world,” he said.

“The US government will definitely have fundamental problems with the Islamic Republic of Iran during the Biden administration as did Obama. During Obama’s presidency, relations between Tehran and Washington were not friendly, either, and there were differences to some extent; however, part of unnecessary tensions between the two sides had subsided. But during Trump’s presidency, tensions between Iran and the US were at their highest in 40 years. It seems there is no need for this trend to continue,” said Zarif.

The top diplomat underlined that the issue of Tehran’s stance on the US should not turn into a partisan matter in Iran.

“I don’t see foreign policy as a partisan matter. In other words, foreign policy should be planned based on a non-partisan basis. But, unfortunately, this issue is ignored in our country by some parties. We should be seeking [to safeguard our] national interests, whether in the 12th administration (Hassan Rouhani’s second four-year term in office) or in the 13th administration,” he said.

He urged Iranian political factions not to turn foreign policy into a partisan row as it will be to the detriment of Iran’s national interests.

Elsewhere in his remarks, Zarif described the Trump administration a “rogue” one which pulled out of numerous agreements, including the 2015 Iran nuclear deal known as the Joint Comprehensive Plan of Action (JCPOA).

Zarif said the JCPOA was a strong agreement which Washington tried to abuse.

He said the US government failed to fully abide by its commitments even during the Obama administration.

The Iranian foreign minister said the US keeps violating one of the fundamental principles of international law and the UN Charter, i.e., the principle of not resorting to force.

“For example, the US attacked Iraq,” he said.

Zarif said the United States has always had power in the outside world and has been able to exert force.

“But what was important was that we refused to succumb to Washington’s pressure,” he noted.

Even under Obama, said Zarif, the US was able to make the moves that it did during the Trump administration, but it didn’t.

Elsewhere in his remarks, Zarif touched upon the US presidential election.

“I feel two groups support Trump in Iran. One group is those who call themselves opponents of globalists and they feel they and Trump are like-minded, which is regrettable. Of course, Mr. Trump may be an isolationist, but he is definitely not an anti-globalism element,” said he top diplomat.

“In the foreign policy arena, Mr. Trump is an agent of Zionists and implements the policies of reactionary countries in the region,” he said.

“The analysis by all of us until six months ago suggested that Mr. Trump will be re-elected, … but the tables were turned,” he added.

Zarif criticized those who tied their victory in the upcoming Iranian presidential vote to the reelection of Trump.

“They said they would certainly win in the 2021 Iran presidential election if Trump won, but now this certainty has been questioned,” said Zarif.

“It would be bad for us to plan our elections based on developments outside Iran,” said the foreign minister.

“Another point is that they are supporting Trump, who has killed general Soleimani and has been involved in the murder of thousands of Iranians, who have lost their lives due to a lack of medicine, poverty and unsuitable social conditions. Trump has had a role in all of these cases. Even he himself had said that the US wanted to exert so much pressure on Iran that it would destroy Iran’s economy,” he said.

Zarif underlined it is not understandable why some people are backing a person who wanted to destroy the economy of their country.

Elsewhere in his remarks, Zarif touched upon Iran’s relations with other countries.

Zarif said Russia and China have had key roles in Iran’s foreign policy.

“We should have a tension-free relationship with the US, too,” the top diplomat said.