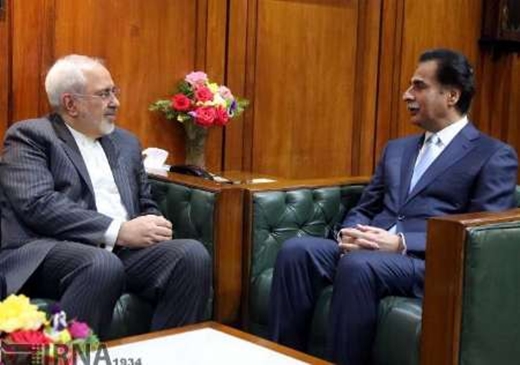 Foreign Minister Mohammad Javad Zarif said on Friday that military attacks, bombardment and destruction of infrastructure would not help Yemen.

Zarif made the remark in a meeting with Pakistan’s National Assembly Speaker Ayaz Sadiq.

Touching on the Iran-Pakistan cordial relations, Zarif described terrorism, extremism and smuggling as concerns shared by the two countries.

The Iranian minister also appreciated Pakistan for his stance toward Tehran nuclear issue.

Sadiq, for his part, underscored that Pakistan and Iran could play a pivotal role in settling regional problems.

Pointing to the current developments in Yemen, he added all parties should be invited to the negotiation table, emphasizing that dialogue is a sole way to settle the dispute in this Arab country.

The Pakistani official also called for expansion of parliamentary cooperation between the two countries.