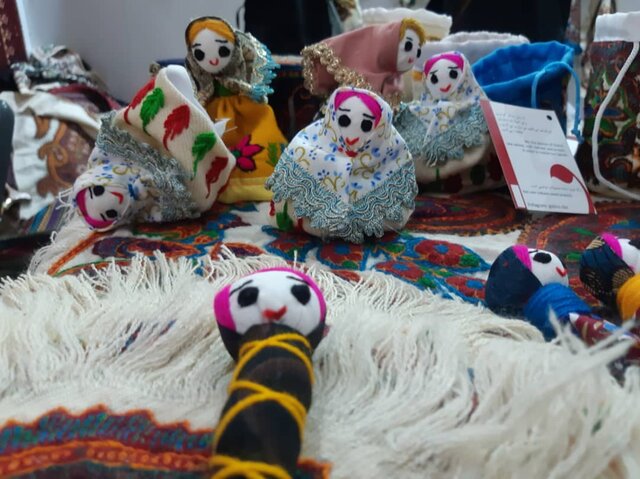 Women in villages in southeastern Iran are using their skills to breathe new life into local underground water canals.

It has been years that women in villages on the outskirts of the city of Shahdad in the southeastern Iranian province of Kerman have not only kept alive the forgotten local handicraft, but also contributed to the restoration and renovation of qanats (subterranean aqueducts) in the locality many of which have been registered on the List of National Heritage Sites.

The group called “Gojino” brings together more than 150 women villagers, whose skills in making handicrafts have elevated the status of women there. At the same time, part of the revenues from handicrafts sales goes to the restoration of qanats.

Pateh weaving (a type of Iranian traditional needlework folk art) and straw weaving are among the major local handicrafts. A rather new kind of handicraft which has become all the rage in recent years is the art of weaving traditional dolls known as “loptoo,” which, in the local vernacular, means “plaything” or “doll.”

Weaving this type of doll was an archaic skill until years ago when a number of young local women decided to revive it.

Early loptoos were a little different from what is being woven today. Old dolls were a little bigger, with no eyes and eyebrows. Nevertheless, today’s loptoos are more modern and very popular.

Part of the income from doll sales are allotted to the renovation of qanats as water is vital in the area and locals’ lives depend on underground water canals.