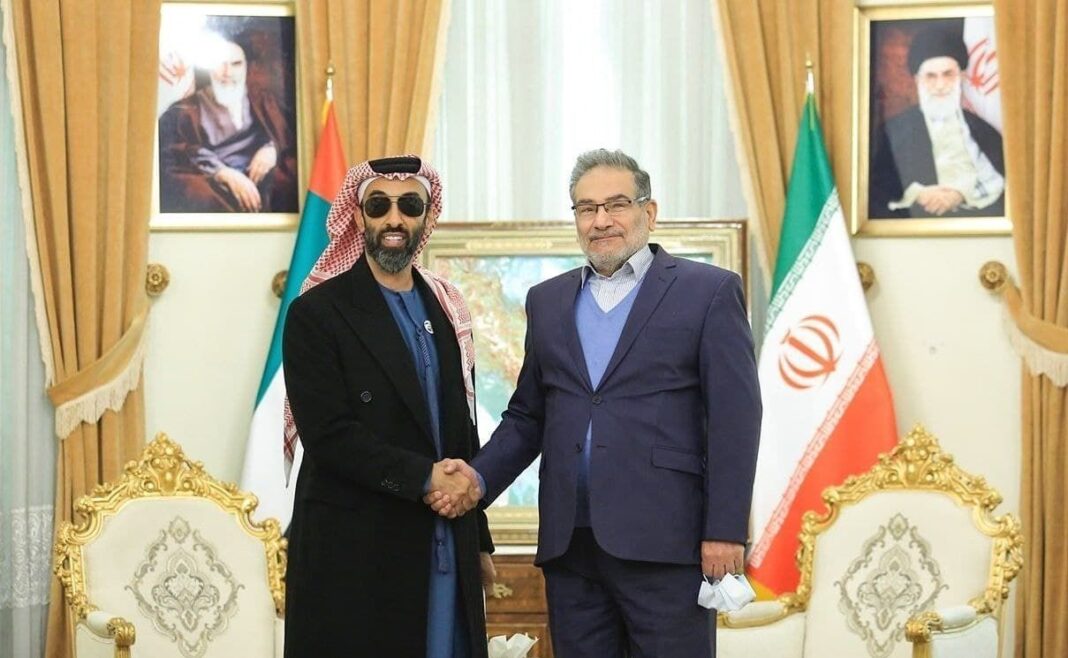 In an article run by political website Iranian Diplomacy, Saber Golanbari, an expert on international relations, has looked into the possible motives behind the UAE’s overtures to Iran at a time when the two Persian Gulf countries are divided over a range of issues, most notably the sheikdom’s normalization of ties with the Israeli regime. Here is a summary of the article:

On Monday, Tahnoon bin Zayed, the UAE’s security chief, arrived in Tehran on his first official and public visit.
This trip took place in a relatively different regional atmosphere than a few years ago, as bilateral and multilateral dialogue and a level of convergence are unfolding in the region.
The high-ranking Emirati official came to Iran at a time when Abu Dhabi has established relations with Israel over the past year and a half, giving Tel Aviv a foothold in Iran’s southern neighborhood.
With new realities emerging in the region, Abu Dhabi is ready for interaction with Tehran, and, Iran, despite the UAE-Israel relations, is strengthening ties with the Emirates.
This shows the UAE-Israel relationship is of secondary importance to Iran given the new situation in the region.
It is unlikely that political and economic ties return to normal between Iran and the UAE soon. A series of factors are at play here.
First, the UAE is a key US ally in the region and therefore will not bring its economic cooperation with Iran to a level where it can neutralize US sanctions without the coordination and consent of Washington.
In this regard, the Israeli variable has an influential role.
Second, the relations of other Arab countries in the Persian Gulf with Iran are to some degree dependent on Riyadh’s relations with Tehran. This means that unless there is a thaw in relations between Iran and Saudi Arabia, it is unlikely the UAE and some other countries will normalize ties with Iran.
Third, mistrust between the Persian Gulf Arab countries and Iran is still a major problem, and building trust takes time. The grand arms deal between the UAE and France stems from the fact that the sheikhdoms are worried. But two motives are known for these countries’ push for dialog with Iran.
First, some sort of cooperation with the new US administration’s diplomatic approach towards Iran. Second, each of these countries has set important economic goals for itself in the coming years and decades, and therefore seeks to handle tensions with Iran.