VP: Iran Sees No Limit to Closer Ties with Oman 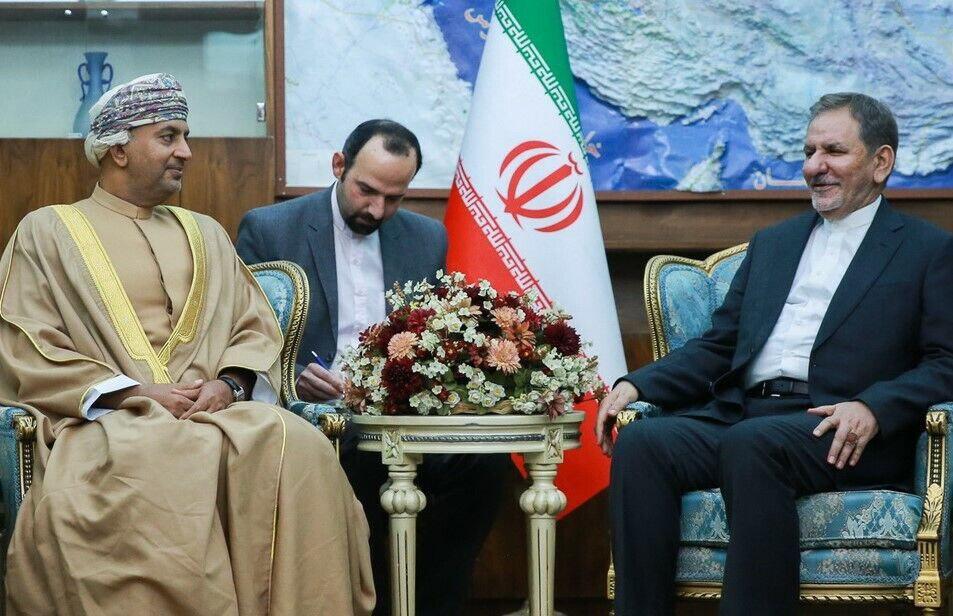 Iranian First Vice-President Es’haq Jahangiri has hailed the amicable and strong relations between the Islamic Republic of Iran and the Sultanate of Oman, expressing Tehran’s willingness to rapidly promote cooperation with Muscat in various fields without any limitation.

In a Sunday meeting with Oman’s Minister of Commerce and Industry Ali bin Masoud Al Sunaidy in Tehran, the Iranian first vice president said the political ties between Iran and Oman are at the highest level.

“The promotion of cooperation between Tehran and Muscat is beneficial to the Islamic world and the regional countries, and nobody would be harmed by these relations,” Jahangiri added.

Hailing the cordial relations between Iran and Oman as a model for the other regional states, the vice president said, “The region’s major countries, such as Iran and Oman, could play a constructive role in the settlement of today’s problems in the Islamic world by expanding mutual cooperation.”

He further expressed Iran’s readiness to enhance the bilateral and multilateral interaction with Oman, saying, “A rise in the volume of bilateral trade exchanges, which hit $1.3 billion last year, signifies a remarkable growth in the economic ties between the two countries.”

The vice president also highlighted the role of Joint Commission of Iran-Oman Cooperation in preparing the ground for an increase in the volume of trade exchanges, adding, “This commission must identify the ways for the promotion of ties and detect the obstacles, and to pave the way for accelerating and increasing the volume of trade exchanges by strengthening relations between the private sectors of the two countries.”

Among the Persian Gulf littoral states, Oman is the one with which Iran seeks to establish the highest level of trade exchange, Jahangiri added, stating, “The volume of Iran’s foreign trade under the toughest conditions caused by sanctions stands at above $100 billion a year, while Oman can have a share in a large part of these trade exchanges.”

The vice president then pointed to Iran’s decision to lift visa requirement for the Omani nationals, Oman’s move to facilitate visa regime for Iranian visitors, and the operation of direct flights between the two Muslim neighbors, noting, “Such measures and stronger cooperation between the two countries in the transit and shipping sectors could also help raise the volume of bilateral trade exchanges.”

For his part, the Omani Minister of Commerce and Industry lauded the closer direct interaction between the business people of Oman and Iran, saying such contacts and reciprocal visits would be a harbinger of direct trade ties between the two countries.

Al Sunaidy also pointed to a 30-strong delegation of Omani merchants accompanying him in the trip and the “constructive” meetings between the businesspeople of the two countries, saying the time has come for a “big jump in the trade ties” between Tehran and Muscat.

He finally hailed Iran’s facilities and services for the Omani medical tourists and pilgrims, saying a large rise in the bilateral trade ties requires support from the high-ranking officials of the two states.